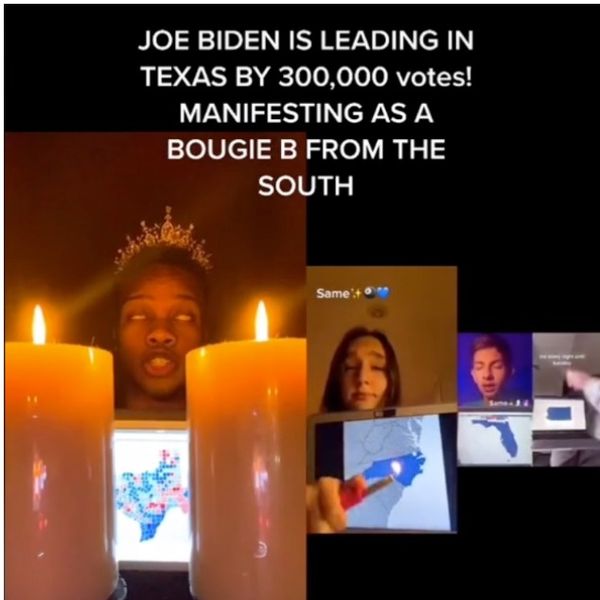 This TikTok Manifestion Meme Is Hoping For a Biden Win

As we continue to wait for the results of the 2020 election, TikTokers have begun using one particular sound for a new trend about manifestating a Biden win.

While some have been using Johny Mercury's "Power of Three" to joke about obtaining everything from good grades to a boyfriend for a second now, the nerve-wracking 2020 presidential race has inspired others to repurpose it for a wider political goal.

Ahead of and during the election, several viral TikToks utilizing the sound have shown participants doing everything from using Tibetan singing bowls and crystals to lighting candles around all-blue maps of the U.S. in an effort to "manifest" a Democratic Party victory — to varying degrees of seriousness.

Granted, while it doesn't hurt to actually try and manifest this into a reality, the trend obviously underscores an overwhelming hope for the election to swing in Biden's favor. But as we anxiously wait the final results, you can watch some videos of the trend in action, below.

Im literally so scared for women though...