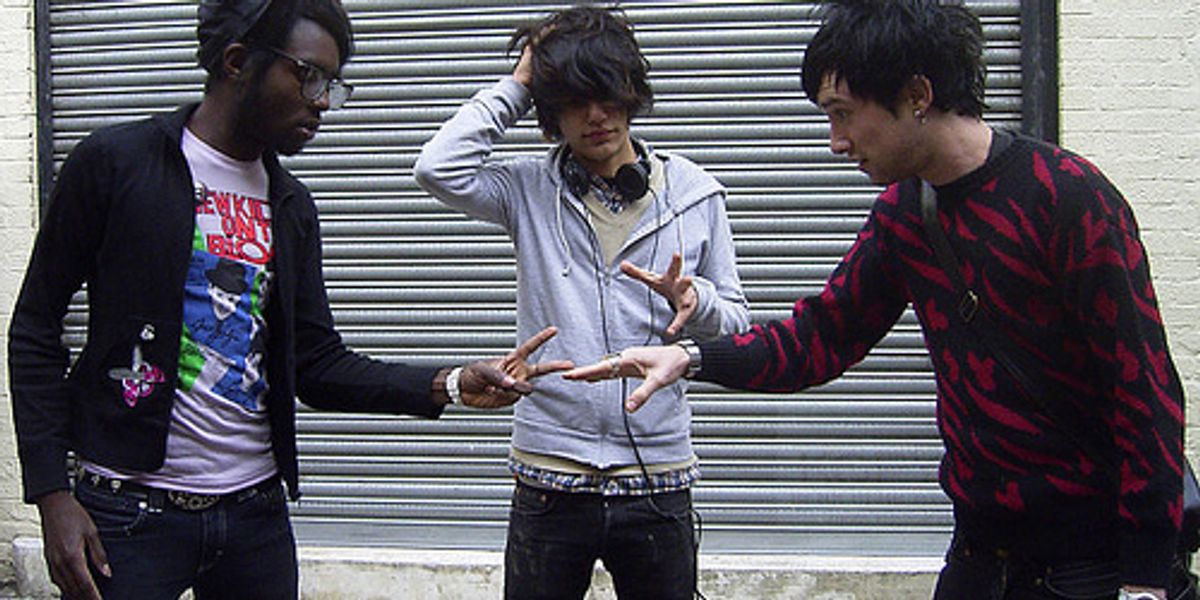 The 7 Hottest Sad Boys in Tight Pants Of Yesteryear

As a teenage girl in the mid-aughts, I, like many of my contemporaries went through a "scene/emo/pop punk" phase -- Hot Topic wristbands, a dumb Myspace name like "xxxsandraxsedativexxx, razor-cut bangs that looked like they have been put through a woodchipper, etc. etc. And while I still wear too much eyeliner, nothing makes me more nostalgic for the #dark days of yesteryear than a sad boy in a pair of skinny jeans who also happened to play a strange intersection of Alternative Press-approved dance-pop-punk-post-hardcore confusion. So in a weird, self-loathy celebration of a very bloaty Thanksgiving and all the high-waisted jeans I will no longer be able to fit into, I rounded up a list of the hottest tight pants-wearing boys circa 2006ish for your visual consumption. Let's hear it for their women's size 4 skinny jeans.

William Beckett from The Academy Is...

He may be married and a father now, but a decade ago, The Academy Is...'s William Beckett was the hottest single, suburban angst-drenched singer to grace the 30-city Warped Tour circuit. So tall, so glum, so bendy -- I mean, I think that photo speaks for itself.

Fun fact, in his pre-Blood Orange days, Dev Hynes was also a member of a shortlived British dance-punk outfit called the Test Icicles (tee-hee, get it?), which while not quite scene still meant he rocked the tight pants real good. Bonus points for the grommet belt too!


Sonny Moore in his From First to Last Days.


Sonny Moore from From First to Last

You know who else used to be a baby scenester? SKRILLEX. Yep, long before he was the King of EDM/Bieber's redemption, Sonny Moore was just the beloved frontman of From First to Last -- and there are a treasured trove of YouTube clips and pics to prove that he once had pipes and insanely tight pants.

Chiodos' Craig Owens is a babe, even when his tight pants are obviously all sweaty and soaked through :(

Brendan Urie from Panic! at the Disco


Brendan Urie (second from the right) with Panic! at the Discophoto via Fanpop

The last remaining member from the original Panic! at the Disco line-up (bye, RyRo), Brendan Urie back in the early days with that whole Tim Burton-esque, vaudeville schtick was the cutest thing ever. Look at how tight his pants are!!

Shaant Hacikyan from Cute Is What We Aim For

Shaant, you are such a QT. Not sure what you're up to now (is Cute Is What We Aim For -- or the entirety of Fueled By Ramen for that matter -- still a thing?), but hopefully you can still wiggle into a pair of those itty-bitty paste-on pants you were so well-known for.

Gerard Way from My Chemical Romance

Not really one of my personal faves, but no history of sad boys in tight pants is complete without Gerard motherfucking Way. After all, this boy definitely brought emo/screamo/whatever to mainstream attention (anyone remember "Helena"?) and introduced a whole generation of TRL-watchers to ~emotion~. Woof.