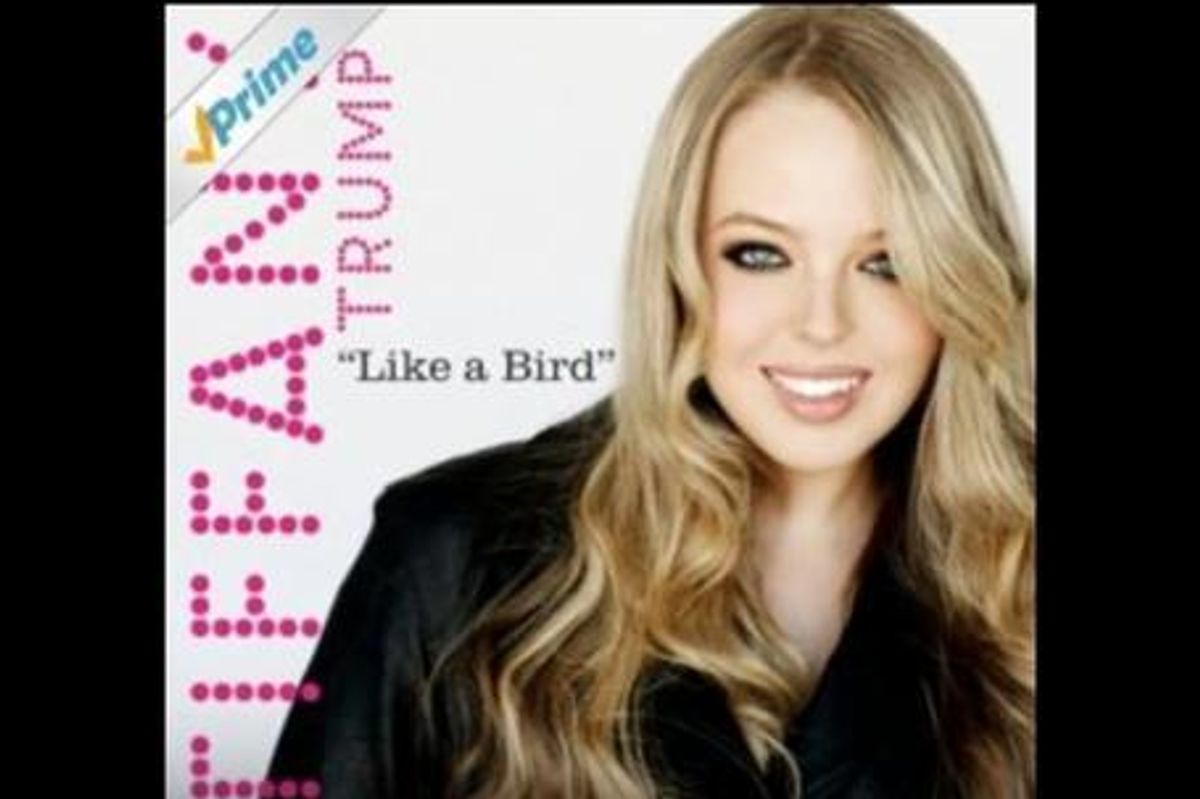 Listen to Tiffany Trump's Lost Pop Masterpiece "Like A Bird"

Last night, the world got acquainted with Trump's other daughter, Tiffany (with Marla Maples).

For most of Donny's unbelievably successful (and just horrifying) presidential campaign, the recent UPenn graduate and Snapchat socialite has mostly stayed (or been told to stay) out of the limelight...letting her older brothers, and older sister/shimmering lake Ivanka do all the talkin'.

Her speech last night at the Republican National Convention, while slightly stilted, was remarkably personal and charming (Yes, I'm saying that); it gave us an actual, "human" portrait of her dad that Melania's plagiarized and robotic address the previous night didn't.

WELL, the internet, being...what it is, has thankfully dug up another Tiffany moment, previously lost in a purgatorial vault of sugary silk horror.

Tiffany, at one point, was attempting a music career (as one does whose parents are wealthy!), and back in 2011, recorded a song "Like A Bird (feat Sprite & Logic)."

While the song is NOT a cover of Nelly Furtado's classic "I'm Like A Bird," it IS the greatest song ever made.

Or at least the greatest song recorded by a Trump.

The ethereal, heaaaaaavily auto-tuned track sounds like spa music on cocaine, and contains stunning lines like "You're cute and you tweeted me/baby, you go beep, beep, beep."

Sprite AND Logic (the latter of which is a white rapper from Maryland, who had quite a harrowing upbringing) have their vocoder-esque lines, but it's all about Tiffany.

You can actually purchase the song on iTunes...which has three spectacular user comments:

I support your music career, Tiffany! I also really don't want your father to be president!

Listen to "Like A Bird" below, and do not vote for Donald Trump.