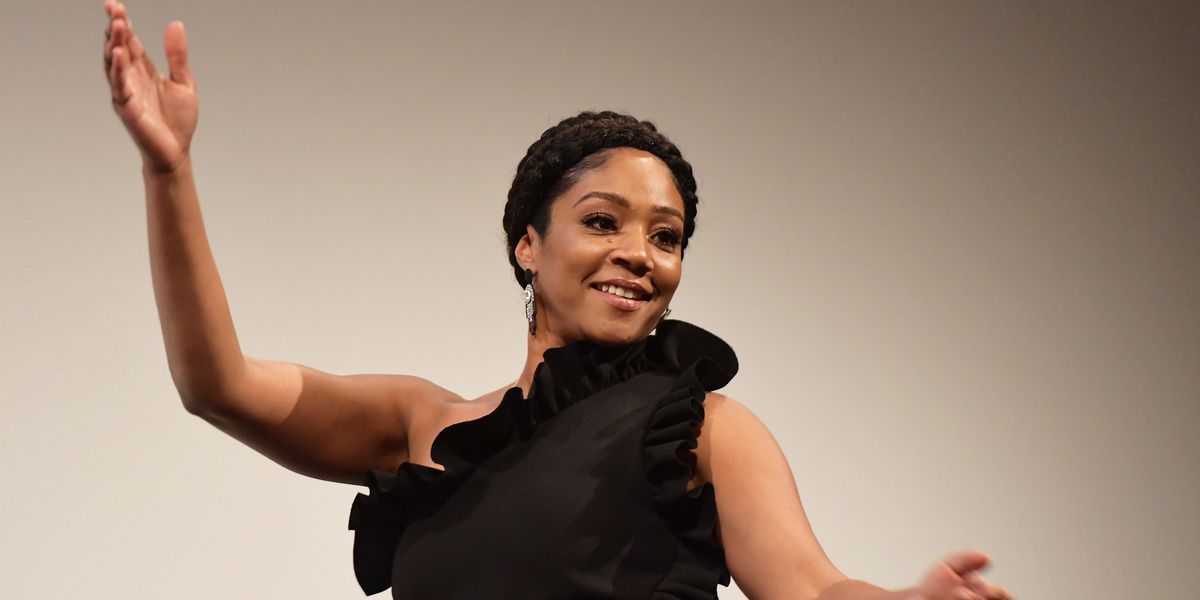 Remember a time when there was no social media and the only candid glimpse of Jessica Simpson and Nick Lachey we might get was via TMZ's LAX baggage claim stalking? Well, even in 2018 and the era of live-streaming TMZ is, somewhat misguidedly, still at it — and Tiffany Haddish is done.

The comedy queen touched down at the California airport Sunday to find a TMZ cameraman awaiting her, asking questions while she and three friends struggled to load their baggage into her car. This did not fly with Haddish, who posted a rant to Instagram after the run-in, berating TMZ for lack of compassion, claiming, she puts it: "I know your mama raised you better than that."

"TMZ is out of order for that SMH," she wrote to accompany the video. "What is wrong with men today you can stand there and watch us women load bags and not help Weak."

TMZ, in turn, documented Haddish's call-out and defended itself: "Our photog spotted Tiffany and her friends Sunday at LAX and apparently watched as she loaded up a slew of bags into an SUV. Once the bags were in the back, we started asking questions. Tiffany wasn't playing ball, and she's now furious at the lack of chivalry. Truth is ... our camera guy was just doing his job -- which doesn't include loading luggage -- but there's always room to lend a helping hand."