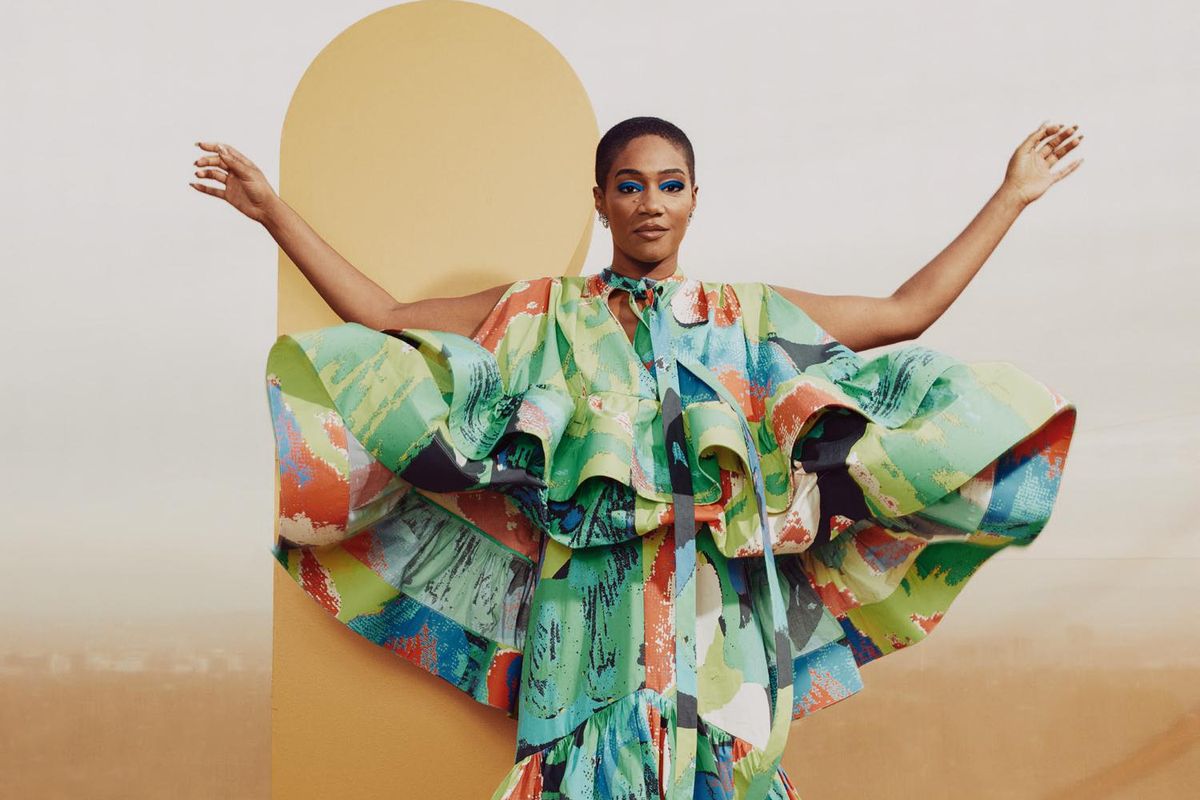 Up until now, Tiffany Haddish's most publicized fashion moment came courtesy of a white Alexander McQueen dress that she would wear again and again...and again. She has since retired that gown, but now, the actress-comedian is delivering on a new style frontier this season as the face of Saks Fifth Avenue.

For her first high fashion campaign, Haddish wears a crochet dress from Gabriela Hearst on the cover of the retailer's women's spring book. She's also styled in Spring 2021 looks from Christopher John Rogers, Akris and Monse in all her shaved-head glory.

She spoke with Saks about her She Ready Foundation, which provides resources for foster children through sponsorship, mentoring, and counseling, as well as her hopes for the future. "My hopes are drastic," she says. "I'm a visionary and I've got a big imagination. My hope is that I'm able to build an amazing company that creates content that inspires and uplifts others, and provides at least one million opportunities for people to have generational wealth."

Head over to Saks' website to see more from Haddish's interview and campaign images.