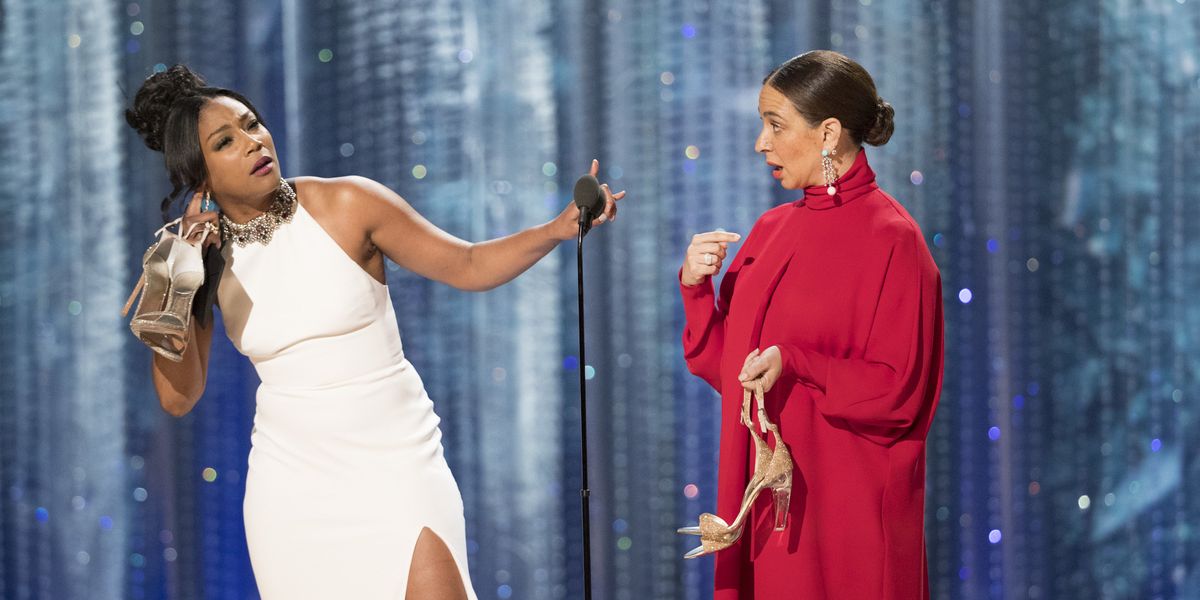 Tiffany Haddish Received $13 Wine For Presenting at the Oscars

Hollywood's shining light, Tiffany Haddish, has announced that she would "love" to host the 2019 Oscars — but only if she gets paid.

You see, when she presented with Maya Rudolph at this year's Academy Awards, she thought they were receiving cash for their efforts. When she found out they were essentially offering their talents for free, she inquired as to whether there was anything on offer as compensation... and boy, was she disappointed.

"In my mind, Maya and I, we were auditioning for the ultimate job – because I thought were getting paid for that presentation. When I found out that we weren't getting paid, I was like, 'Well, I heard about gift bags.' And then it was like, 'We don't have no gift bags,' and I was like, 'Well what do I get?' They were like, 'We've got a bottle of wine that's like 13 dollars.' So I got the wine."

So that's it — in exchange for performing before millions of viewers around the world, Haddish was gifted a bottle of wine that you would purchase to get drunk at the pregame when you only budgeted $20 for the night, but don't want to tell your friends you're broke.

As for actually hosting the glitziest night of the year, she says her father would be filled with pride to see her as Jimmy Kimmel's replacement, but only if she "gets a paycheck."'