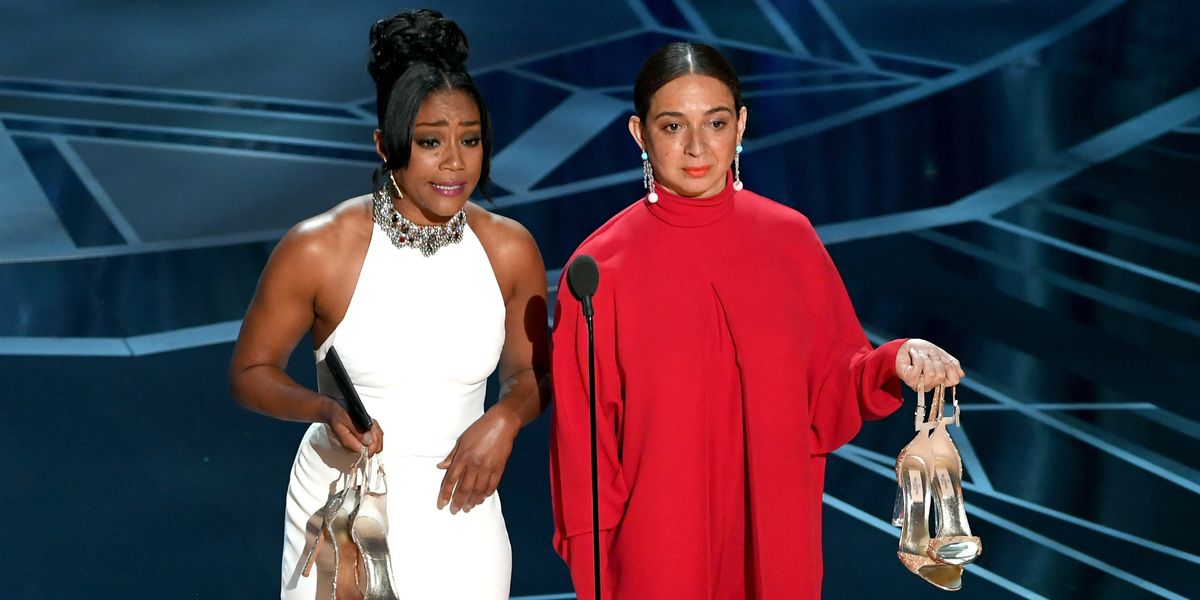 Surprise, surprise! Breakout star Tiffany Haddish, who previously dropped some serious cash on an Alexander McQueen number to celebrate the release of Girls Trip, is getting her money's worth.

Haddish showed up to present at the Oscars last night in the same dress she wore and joked about on SNL — the very dress she had already debuted at the Girls Trip premiere.

Related | Tiffany Haddish Honors Her Eritrean Father at the Oscars

"I wore it on the red carpet for Girls Trip and my whole team, they told me, 'Tiffany, you cannot wear that dress on SNL. You already wore it. It's taboo to wear it twice,' " she said on Saturday Night Live. "And I said, 'I don't give a dang about no taboo.'"

She added: "I feel like I should be able to wear what I want, when I want, however many times I want, as long as I Febreze it."

I have endless appreciation for celebs who maintain frugal habits. Tiffany Haddish wearing that dress again to get… https://t.co/b85p7AkIgf
— Chrissa 🌿 (@Chrissa 🌿)1520220470.0