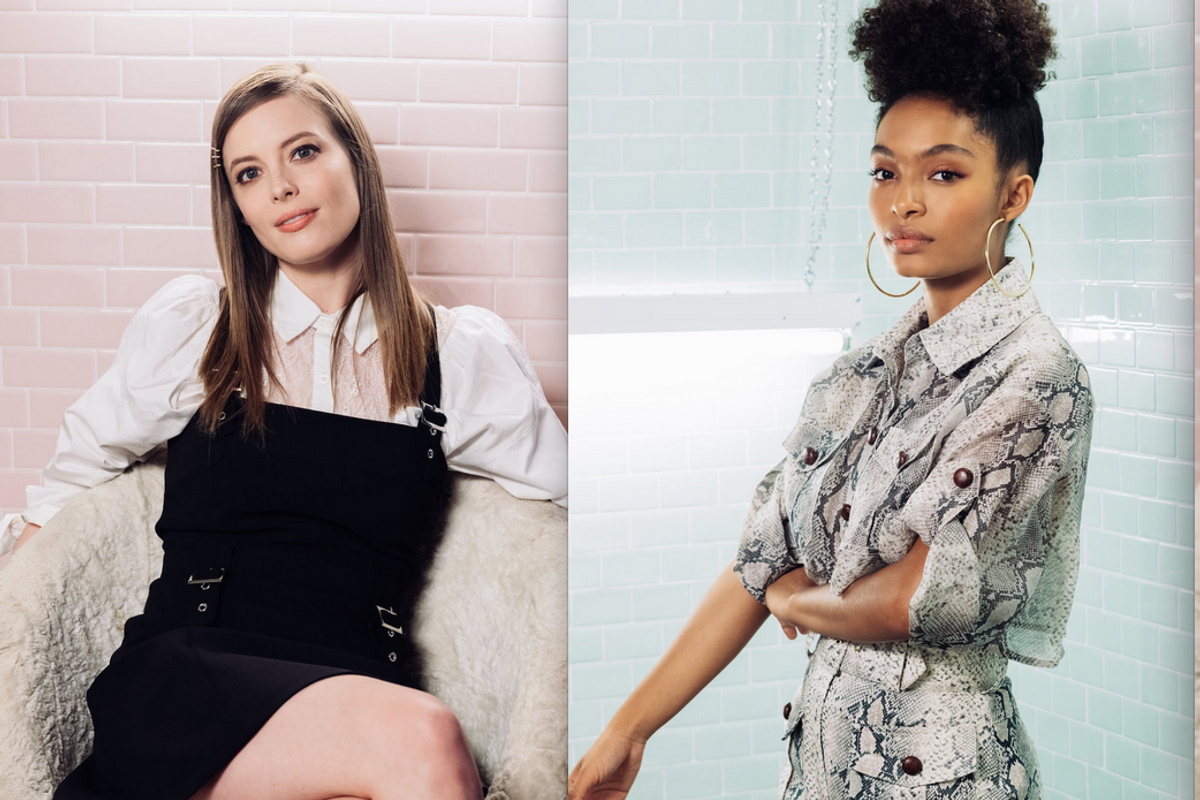 TIFF 2018: Female-Directed Films and No Shortage of A-Listers

As the last stop on the major film festival circuit, the Toronto International Film Festival plays perhaps a larger role than most fests as far as building awards season momentum. Movies that premiere there often hit theaters a few months or even a few weeks later, keeping up the buzz often necessary to sustain Oscar or Golden Globes campaigns. This year's TIFF, which wrapped on Sunday, once again had no shortage of possible award season contenders.

Perhaps the most talked about film was A Star Is Born, the newest incarnation of the classic tale about fame and fortune starring Lady Gaga and Bradley Cooper, the latter of whom also directed the piece. There were also the much-anticipated world premieres of Barry Jenkins' latest romantic drama, If Beale Street Could Talk; Green Book, a film set in the '60s that revolves around a road trip through the Deep South taken by Mahershala Ali and Viggo Mortensen; and The Hate U Give, a film that tackles topics like racism and police brutality and stars Amandla Stenberg. There were also Claire Denis' new sci-fi thriller High Life, Sam Taylor Johnson's adaptation of controversial memoir A Million Little Pieces, Steve Carell playing a father to meth addicted Timothée Chalamet in Beautiful Boy, and Jonah Hill's coming of age story and directorial debut, Mid90s.

Related | The Stars of the Toronto International Film Festival

A particular focus of this year's festival was on films made by women. Out of the 342 films screened this year, 36 percent were directed by women, marking a steady rise in gender parity (last year's fest had 33 percent of its total films directed by women). This year featured the first-ever Share Her Journey rally, an effort that began in 2017 that advocates for gender parity and includes a five year funding plan to offer resources to encourage female filmmaking. Before the rally, the festival's Artistic Director, Cameron Bailey, signed a gender parity pledge to have a 50/50 split between genders by 2020's festival. Some of this year's female-directed films included Marielle Heller's Can You Ever Forgive Me? starring Melissa McCarthy as a woman trying to rebuild her career after a plagiarizing scandal, Karyn Kusama's Destroyer starring an unrecognizable Nicole Kidman as a gritty detective, Stella Meghie's Sasheer Zamat-fronted rom-com The Weekend, and Rashida Jones' documentary about her father, Quincy.

Abbie Cornish, who co-starred in Amma Asante's World War II film, Where Hands Touch, about a young black woman who falls in love with a Nazi commander's son, called her experience working with the British director "one of the most beautiful and intense experiences I've had in my life." Describing the opportunity to act in film helmed by a woman, Cornish says, "It was a blessing to be honest. The film is provocative and will touch nerves in so many different ways. The best movies do."

There were also a handful of actresses making their directorial debuts this year, including Gillian Jacobs and Yara Shahidi. "I feel like I've been trying to absorb over the last years the whole filmmaking process," Jacobs said of her experience directing her short film Curated about a woman's trip to her late grandmother's home. Yara Shahidi's short, X, about a young black boy wandering through Los Angeles, was a family affair. "My mommy was Executive Producer of the film and my father was Director of Photography," Shahidi says. "Growing up in a creative family really works in your favor."

With another successful run having wrapped, take a look at portraits from the festival shot by photographer Caitlin Cronenberg here.