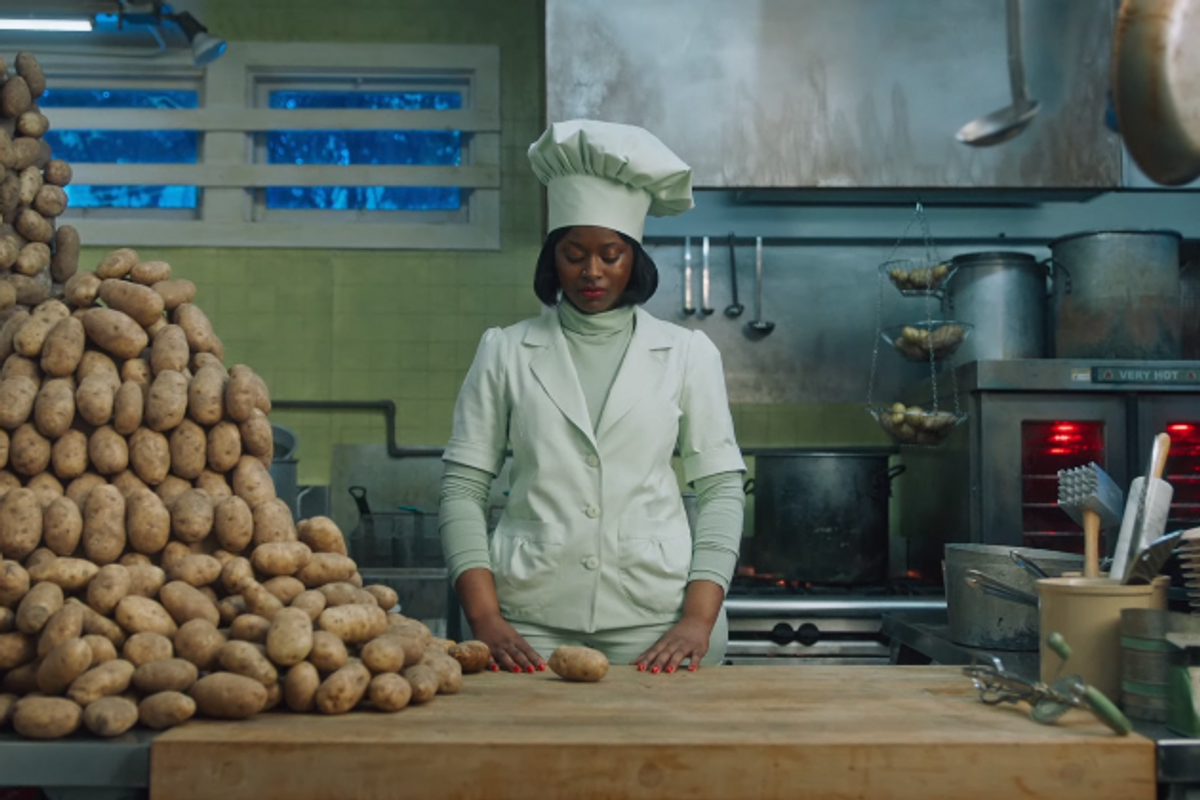 Tierra Whack released the video for her latest single "Unemployed" today, and she went with a culinary theme. Dressed as a chef, the artist stands in the kitchen and preps a pile of seemingly ordinary potatoes for the deep fryer. Spoiler alert: said potatoes are sentient, and can feel pain. Second spoiler alert: Whack is feeding them to a mutant, human-sized potato, who appears to be her boss.

The surreal and scary clip was directed by Adult Swim veteran Cat Solen, and it's the perfect addition to Whack's deeply weird music video oeuvre. It also made me very hungry.

Whack has been releasing single after single this year, although this is her first non-Whack World track to get the music video treatment since that album's release in 2018.

Watch the clip for Tierra Whack's "Unemployed," below.