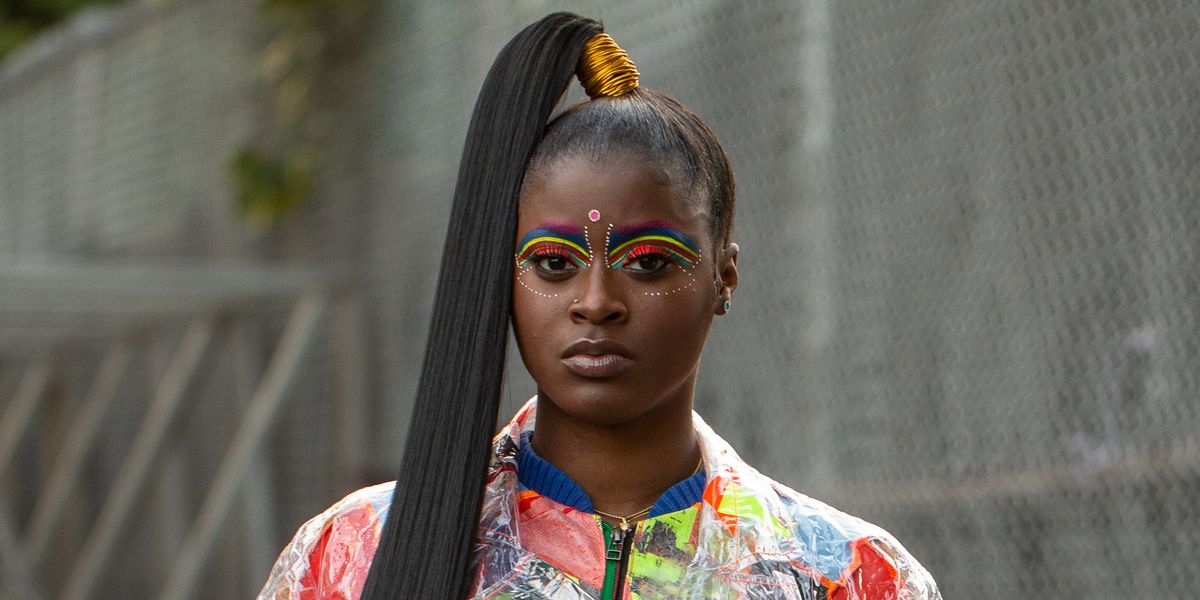 Tierra Whack's Afropunk Look Was Made From Plastic Waste

When rapper Tierra Whack stepped onstage at the most recent AfroPunk festival in Brooklyn, it wasn't just her killer performance that made a statement. The PAPER cover girl commanded the set in a multicolor upcycled patchwork overall by up-and-coming sustainable brand Borbala. But it was the fact that the piece was made from deconstructed second-hand clothes and leftover materials that really caught our attention.

The label is designed by Borbala Ferencz, who had the idea of starting a sustainable fashion and jewelry brand while undergoing her fashion studies in Cluj-Napoca, a city in northwestern Romania. During her final year of school, Ferencz volunteered in the Netherlands at Precious Plastic in order to tackle the problem of plastic pollution in the fashion industry.

Afterwards, Ferencz moved to Budapest, where her studio is now based. "I'm creating one of a kind, experimental garments and earrings from post-consumer plastic waste, leftovers and second-hand clothes," she tells PAPER.

Ferencz joins a small but growing list of international designers repurposing old fabrics and recycling discarded textiles in their collections, including Bode, Eileen Fisher, and Public School. But Ferencz's Eastern European roots and background play a significant factor in the need for a brand like hers to exist — particularly in the face of the consumption problems unique to her region.

"Lots of low-quality second-hand clothes end up in Eastern Europe," she says. "Since fast fashion appeared people tend to choose new garments over second-hand ones, since they almost have the same price. So right now you can find tons of unwanted second-hand clothes in charity shops and flea markets."

She also notes that plastic recycling in these countries is a constant problem as tons of waste goes unsorted. "I think it's very important to draw people's attention over the fact that plastic waste can be turned into valuable items again," she explains.

During her fashion studies, Ferencz says she had to constantly experiment with how to make something beautiful from "cheap" and "ugly" materials. ("Precious textiles are very rare in Romania.") The DIY techniques she learned at university are now applied to her label: patchworks and collages make up a good portion of her work, as does deconstructed fabrics and damaged textiles with paint applied over them.

Borbala might be a small brand, but the message behind its sustainable business model is loud and clear to anyone who cares about the environment. The label is currently available in local concept stores in Romania like Wonderlab and Band of Creators, as well as The Upcycle in Amsterdam.

In the meantime, Ferencz says she plans to continue hosting workshops at festivals and schools in order to raise awareness of the plastic problem. "With my projects, I would like to question the way we consider something valuable or waste," she says.

In addition, the designer just announced the release of her new mood video for fall 2019, which showcases how we can deal with uncertainty in the midst of the climate crisis, while having the will to take action. It also features the outfit that Tierra wore at Afropunk Festival. See the exclusive premiere of the film, below.