The Art of Tickle Torture

Well, luckily for you, we chatted with MiscAlleneous themselves to clear up a few of the biggest questions we had, such as the true self many subs reveal in the midst of a tickle session, as well as the psychology behind the fetish. 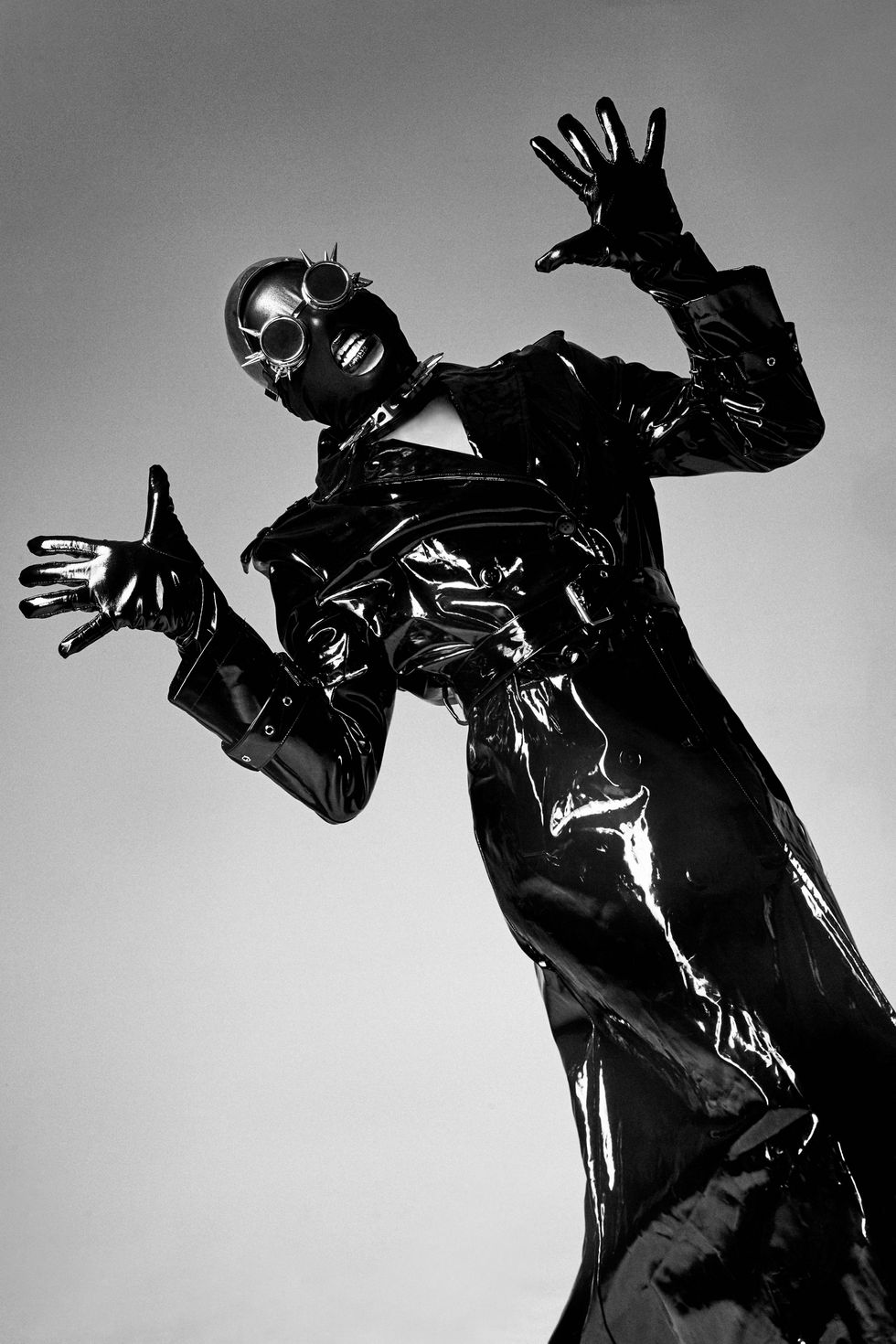 Tell me a little bit about how you got your start domme-ing. How'd you get introduced to it? what excited you about it?

I started doing small domme-ing things when I was exploring to see what I liked, and I never knew I was into it. I would just tie people up and someone would be like, "Oh, do you like bondage?" And I'd be like, "No, I don't." And they're like, "But you're doing it?" I was doing it at a young age, so I didn't really know I liked it until about 12 years ago. From there it kinda snowballed into something bigger. I didn't really start the whole domme-ing thing until like four years ago.

My business has taken off, but now I'm more focused on videos. I'll take sessions, but I'm more into videos, since I can make more money off of that than just seeing random people. I'm doing a lot of different videos from crushing to foot fetish videos to tickling. I'm trying to do more ticking videos though, because that's my favorite to do.

Speaking of the tickling videos, how'd that come to be your specialization?

It's so funny, because I actually have a foot fetish, and I didn't like tickling. But one day, I stumbled upon a video of a woman tickling a man and this man was absolutely five times bigger than this woman. It was this tiny, gorgeous, Black woman tickling this giant [New] Jersey-looking man — big, big, big guy. She was tickling him and asking if he likes it, and he was like, "I love it." That triggered something. I got fixated on the video and was like, "I kind of want to tickle somebody." And once I did it, I was like, "I love this." It's like torturing someone, but you're not hurting them. It's a good stress reliever. Kind of like punching someone in the stomach, but not hurting them.

I also like it, because it can be playful, but it can also be torturous. It depends who you're with. Like, you can talk things out and some people don't like it tortuous. They like it more soft, but some want to be interrogated. They want mind games, and it's a whole fantasy. That's what i like.

I feel when you're tickling someone, you get to know their true [selves]. They're not acting. Their true side come out. Like, people start confessing and start telling you things, and everything that comes out isn't fake... I've been tickling people and they just started crying. A lot of people, if they cry, it's like a hysterical cry, but I have tickled someone who started crying and was like, "I really needed that. I've been having problems with my family and this and that," and it was a different cry. I guess this can also be a relief for some other people.

"It's like torturing someone, but you're not hurting them. It's a good stress reliever."

How long do one of your tickle sessions last? What kind of techniques and tools do you like to use?

[For tickling], usually they want an hour or more. I've done one to three hour sessions for tickling, but usually after an hour, you're tapped out. But I've had some tickle sluts that want to go forever. Some people are like, "My fantasy is [for you to] tickle me for 8 to 12 hours, leave me there, and then come back."

What do you think is the appeal of tickling for some of your clients?

I think it's the whole, "I'm not in control" thing. Like, "I'm bonded, I'm not in control, I can't move." Sometimes, they like the panic of it. They like not knowing what's coming next. I feel like that's a lot of it — basically letting someone else take control... [Adrenaline also], of course, plays a factor.

Is it more common than someone would think?

It is and it's not. Like it's not mainstream, and I don't want it to get mainstream, because everyone then will be like, "I want to be a tickler," and I'm like, "No, you're not!" I feel a lot of fetishes and a lot of kink stuff, it's getting a little mainstream right now. People go through phases and learn, but a lot of this stuff is like, "Oh, you're into flogging." Well everyone's into flogging. Same thing with going to parties. Like everyone usually wears latex, and I love latex, but I usually don't [wear it], because I spend all my money on performance costumes and things. So I wear a lot of PVC that looks like latex and a lot of times people are like, "Oh, you're wearing latex," and I'm like, "No!" I love the look of it, but sometimes I feel like people just wear it to wear it.

"One time, I put itching powder on someone's feet and left the room. It's mean, but this person wanted it. I love people who like weird torture."

I get what you're saying. Like, a lot of people don't understand that there's a lot of theory and power dynamic play that goes into domme-ing. But tickling also feels like something that people can just latch onto and be like, "I love tickling. That's easy."

It's not easy, I just feel like you've got to have that touch of finding who people are, because some people might like light tickling and some you may be tickling hard with a brush, and they might be like, "Ahh, I don't like that." I like to do things that get a reaction, but isn't just like, "Well, I want to dig into your ribs and bruise."

Speaking of which, what are some of your favorite techniques and tools?

Baby oil is always a good one. Brushes... I can't even tell you how many brushes I have — toothbrushes, electric toothbrushes. Little pinwheels are good, feathers. Some ppl are more sensitive than others; sometimes I'll also find random things that I'm like, "Hmm, let's try this."

One time, I put itching powder on someone's feet and then left the room for a little bit. It's mean, but this person wanted it. I love the people who like the weird torture. Especially the weird tickle torture.

But no one actually talks about [tickle fetishes]. Like, you can make tickling fun and you can make it brutal and a lot of people are into it — gay, straight, bi, queer. It's easy. You just need to have a pair of feet. If you don't have feet, use armpits, faces, ears. Hands are extremely ticklish — they're like feet. You put a hairbrush on someone's hand, and they'll react.

Why do you think no one talks about it?

When you really think about it, it's weird. Like some people will be like, "Oh, a foot fetish, yeah that's weird." But really, it's not. It's a part of a body. It's the same thing as someone saying, "I really like a person's hands," and I'll be like, "Oh, OK, that's a thing. It doesn't really bother me." But I feel like when people hear that, they're like, "That's weird!" But I'm at a stage where I don't give a fuck. It's not like I run around telling people, "Oh, I like tickling!"

But if people are interested, they should just try it. Just give it a try — who knows?