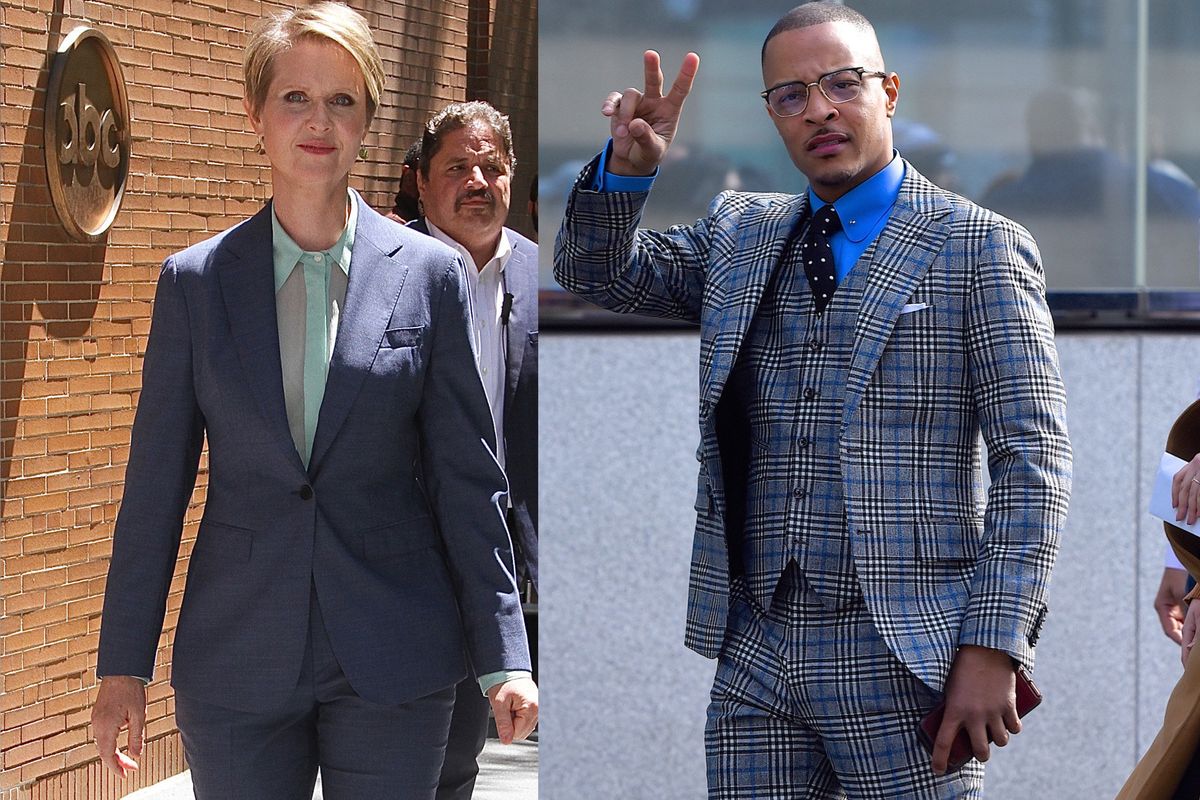 The odd thing about Cynthia Nixon's gubernatorial run is that while she is obviously the epitome of a celebrity candidate, the actress and activist is more articulate on many major issues than seasoned politicians with decades of experience. Which is what makes the fact T.I. discovered her for the first time today so perfect: the rapper has clearly never watched an episode of Sex and the City in his life, and is endorsing her purely based on her policy of marijuana legalization.

The man who gave us 2008's perfect party track "Whatever You Like" shared a Nixon campaign video with fans on Twitter, declaring that he has "no idea who this brilliant lady is" but would gladly vote for her. And invite her over for a barbecue with his family?

Legalized marijuana in New York state has been a centrepiece of Nixon's campaign, placing her at odds with incumbent Democrat Andrew Cuomo. Her key argument? Weed has essentially been legal for white people for decades. It's time it was legal for everyone else, too.

T.I.'s slightly confused endorsement comes at a good time: Nixon is currently trailing Cuomo in the polls, and the primary vote is in three days. You can check whether you're registered here.