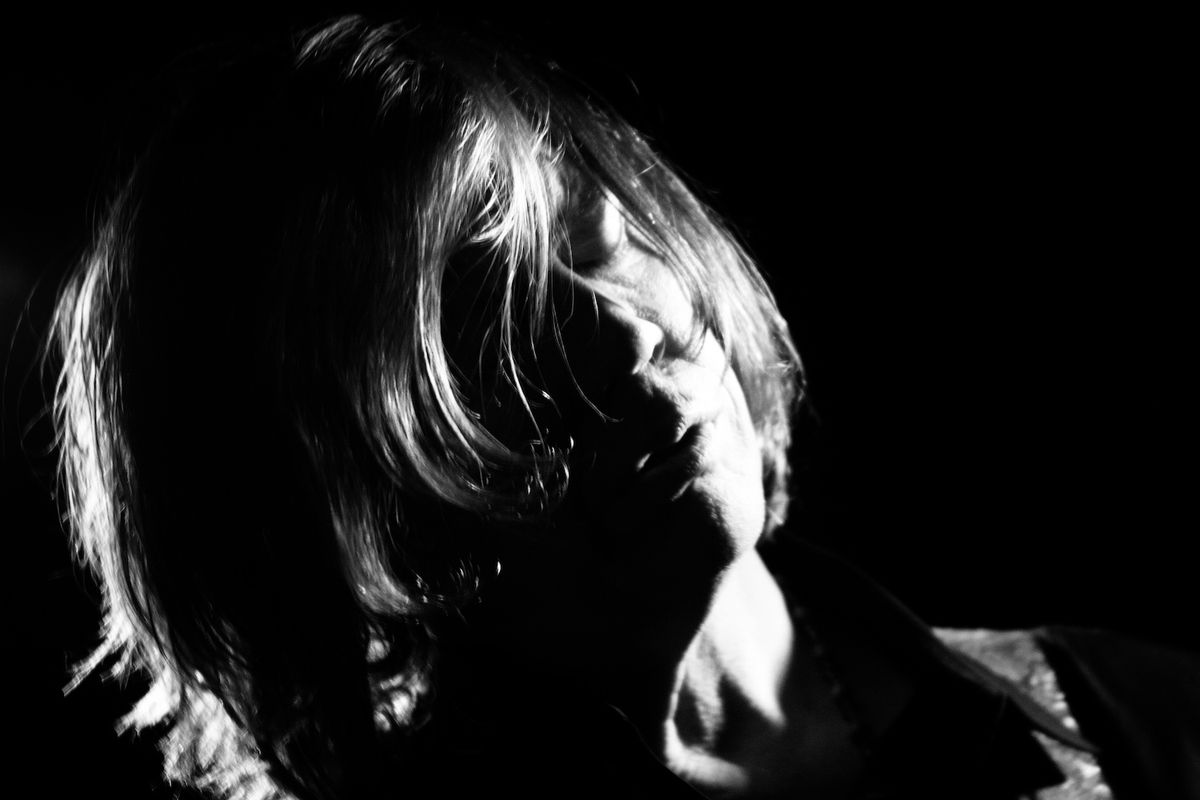 When bombarded with divisive messages in tumultuous political times, Thurston Moore has always had the solution: make noise back.

Over the past four decades, the alt-rock legend and Sonic Youth vocalist, guitarist and co-founder's signature brand of "noise rock" — featuring impassioned electric guitar and charged lyrics — continually sparks important dialogue when the world seems at its worst. For Moore, complacency is never an option.

As 2020's devastating pandemic continues to sweep the globe and fascist attacks on democracy persist in his home country of the US and across the pond in his adopted home in the UK, Moore's voice is needed now more than ever.

His seventh solo album, By The Fire, released in late September, delivers.

By The Fire showcases Moore at his best, backing hopeful lyrics that promote peace and love with raucous, apocalyptic instrumentals. While his new record doesn't fight fire with fire, or even completely put it out, it does share how peace-loving rockers and those who urge for rapid dismantling of the establishment can come together in societies that need both unity and change to survive.

"I've never released a record in a pandemic before," Moore tells PAPER over the phone with a laugh while reflecting on this collectively life-altering time. At his home in London, Moore has spent the last seven months in quarantine all while sequencing his new record, turning to jazz for comfort and observing what he aptly describes as a "world on fire"

For Moore's follow-up record to 2019's Spirit Counsel and 2017's Rock N Roll Consciousness, it was important for him to continue pursuing the experimental instrumentation he explored on past records while including messages that would be helpful for listeners in the present.

"I want By the Fire to be emblematic, a model of putting work out that is counter to the noise that is cluttering up the atmosphere from this kind of degradation in the political world, that is the primary noise out there," Moore says regarding the new LP. "We all have to deal with it. It's ramping up as we get towards this general election in a few weeks and it will probably go beyond it, who knows, so for me, essentially the message is to embrace this freedom of being able to create sound work; noise that is counter to that, so this benign noise, noise of intellect, noise of social progressive consciousness. That to me is really important and that would be the message."

In what he deems "nine songs of enlightenment," Moore's uplifting words tell stories about everything from "open borders" ("Locomotives") to "needing love" and equating it to a "drug," with an accompanying psychedelic visual depicting skaters at his local skate park awashed in vibrant colors ("Cantaloupe").

"[By the Fire] starts out with moments of really joyful, rock and roll spirit and then it gets a bit more contemplative," Moore explains. "It then gets into darker, experimental areas and ends with an exposition of this completely instrumental guitar piece that explores the tuning of the guitar where it becomes more filled with sound and information and then turns into a cloud of different melodies. It leaves the record with some kind of hopeful perspective and future."

With four tracks exceeding over 10 minutes in length, By the Fire further proves Moore's affinity for longer songs (though nowhere near his dream of a 24-hour-long magnum opus), and also honors his early songwriting roots. In the late '70s and early '80s, Moore immersed himself in the Lower East Side's underground scenes of New York City, meeting punks, jamming with experimental rockers and ultimately forming Sonic Youth in 1981. During that time he also began playing with electric guitar composers, like Rhys Chatham and Glenn Bronca, who forever made an impact on his songwriting approach and what "noise" truly means.

"They were doing extended pieces of instrumental music that were really radical and completely informed by a lot of what was coming out of the punk rock scene," he says. "Punk rock music was always focused on the economical and keeping things really short and to the point in making statements that were really immediate. To have this music come out of it that was more expansive was something I was curious about and found interesting. I was really inspired by that. I think even to the years of Sonic Youth, that was being reflected a bit in all of our songwriting where we would get into more and more expansive music, especially into the '90s after Daydream Nation, we allowed ourselves to write more expansive pieces. To me, it was always this balance between wanting to create music that had immediacy and economy and at the same time getting into more expansiveness and elaboration and how those things can work together and inform each other."

This is reflected in "Siren," a track that spans just over 12 minutes, opening with delicate strumming, later erupting into bursts of dissonant shredding and Moore's first vocal verse kicking in around the nine-minute mark. "I like collage music that is radical and has hard divisions, but 'Siren' is not that," Moore says. "I wanted it to be this really singular statement that moved and did not have to be prohibited by any constraint of time."

The track Moore is most "enamored with" is "Locomotives," as it best captures the essence of the album. "At first it sounds rather ominous but then the lyrics transpose it into something that's very spiritual-conscious and very much about this idea of humanity coming together. That to me is kind of the song on the record that I think is most central to where I want to go with all of this."

By the Fire also saw Moore reunite with members from the Thurston Moore Group, with contributions from My Bloody Valentine bassist Debbie Googe, drummer Jim Daulton, guitarist James Sedwards, electronic specialist Jon Leidecker and former Sonic Youth bandmate Steve Shelley drumming on the track "Breath." Recording in London up until isolation, Moore had to find new ways to connect with fellow musicians, including a recent livestream performance for Cafe Oto with bandmates over Skype.

"The thing is you really don't know who your audience is, you know that maybe there are people subscribing to it and watching it and that's really interesting," Moore says. "I certainly don't prefer that to the interaction of a live audience but it's certainly been a curious experiment and I've been playing live [...] I hope that's not the future, that we'll be having a screen, massive Zoom audience, it's kind of funny to think about, it's a bit of a sci-fi scenario that you might see in a Spike Jonze movie or something. God only knows, nobody has a crystal ball here."

Despite the many setbacks to performing and not being able to tour, Moore remains optimistic about the future of live shows and of rock, even if much of it has to be digital.

"I have a feeling that if we are conscientious enough we can dissipate the scores of the virus and get back into the pool again, until then these scenarios are perfect to consider because we might have to execute them in a way."

Evident with recent recreations of the classic Goo album cover depicting Breonna Taylor and Isaiah Lewis with the words "save our youth" (instead of Sonic Youth) or Alexandria Ocasio-Cortez and Bernie Sanders underneath "socialist youth," Moore's music is as relevant as ever amongst younger audiences. Countless Gen-Z activists and millennial artists continue to turn to his music for inspiration and comfort in a time of turmoil, which leaves us wondering: what does Moore turn to in 2020?

"I listen to a lot of jazz and when I say jazz I mean music coming out of that diaspora of the African American experience which I think is the true voice and noise of a community that is historically disenfranchised," he says about the origins of noise rock, and how Black artists deserve the utmost credit for their accomplishments regarding modern music. "It created a culture that is in a way, the great music of North America, and so I turn to that a lot because I find that voice is really important. There's a lot of contemporary hip-hop that I come across online that I listen to. As far as independent/ alternative/ underground rock music, I'm more into more experimental edges of it because I always find those radical notions of what contemporary music can be are always the underpinnings of what mainstream music can utilize and be inspired by."