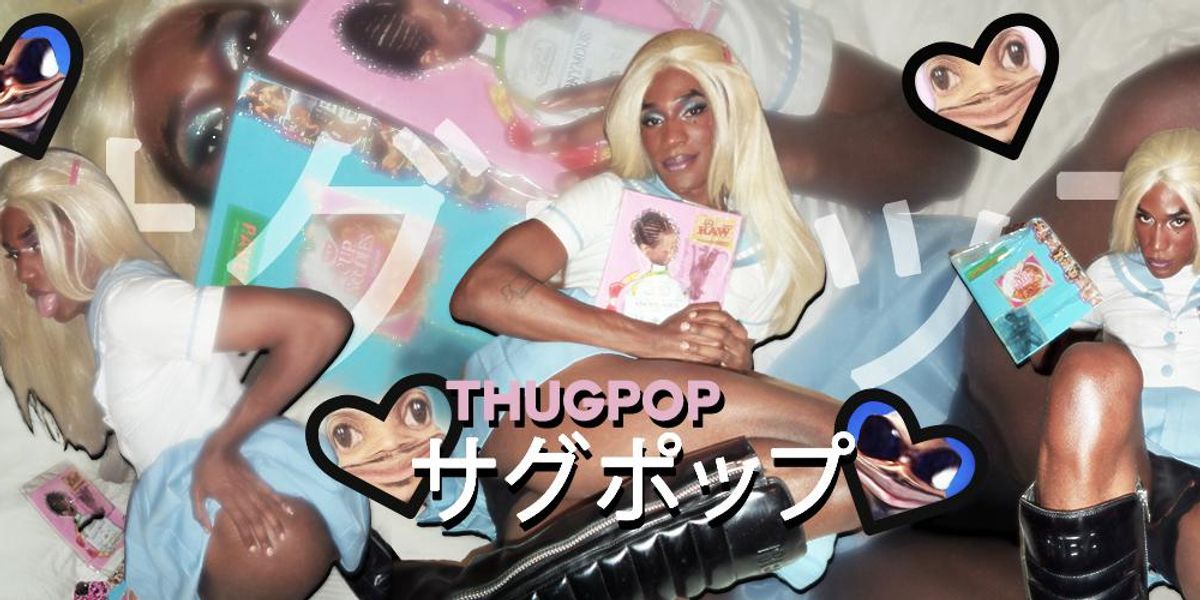 ThugPop's X-Rated Collages Are Up for Auction

As an ode to himself and "other Black male bodies that have been discarded and coerced by the evil ways of society," the Hood By Air affiliate decided to embellish Black Inches' x-rated shots using seashells, gems, candy wrappers, rolling papers and ribbons — things that made him feel more represented in the existing photograph.

"These works reflect my inner child escaping from the traumas of my life," Mooney tells PAPER, explaining that the glitter outlines were specifically intended to mirror "gold leaf on the heads of saints" throughout art history — an example of the subversion and cultural reclamation that pervades his series. "I approach this work very grounded," he continues.

The print auction will continue as long as supplies last, with each original piece being sold for $200 and signed by Mooney himself. "I like to keep my fine art practice very exclusive," he says. "This is the first and last time I will be selling this kind of work online, so it's a first come first serve."

For Mooney, these collages are an extension of his larger creative practice which sees the artist on a journey to reach his most honest, liberated self. "I aspire to create from a place of intuitiveness," his website says. "The work that I do is meant to heal myself and hopes to transpire a sense of healing within others. For this is my innate exercise."

See a sample of Mooney's collages, below, and head to thugpop.farm for more info.