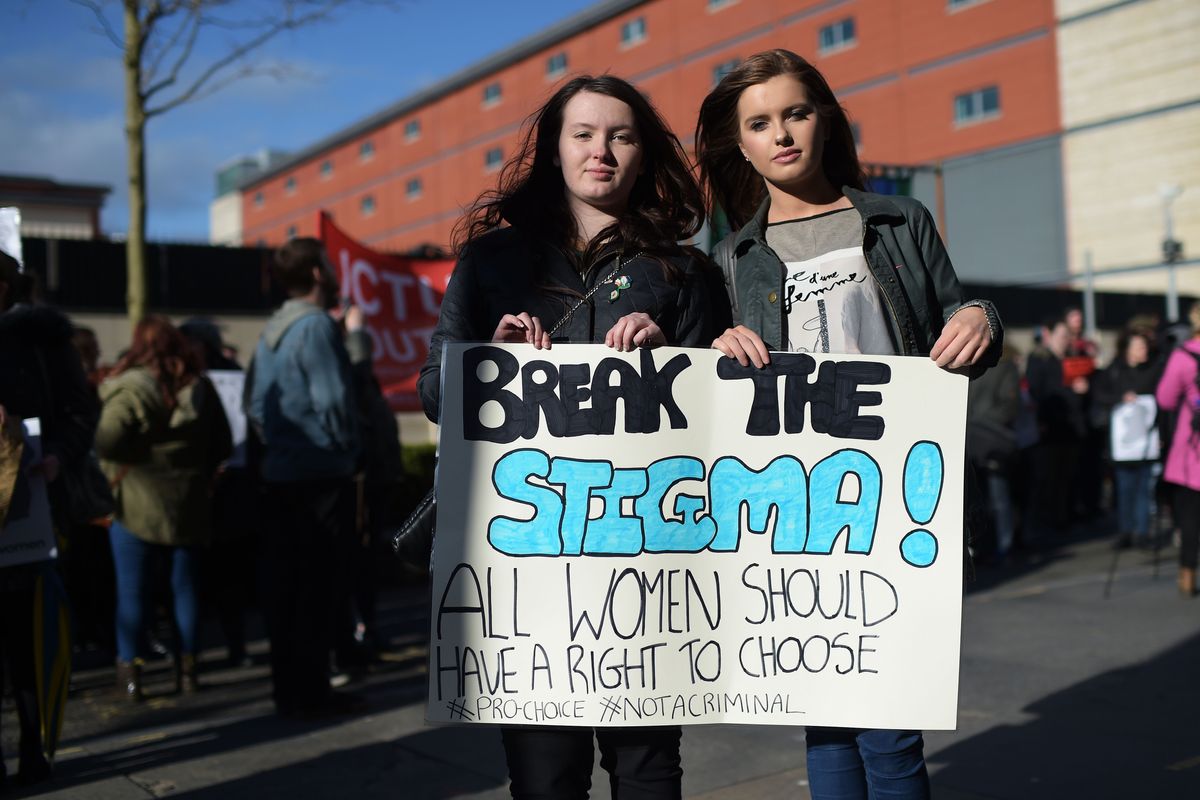 Thousands of people have been marching in Dublin to protest Ireland's strict abortion laws. The March for Choice happened in the capital's city center, with thousands chanting to repeal the 8th amendment (that bans the procedure) and holding signs that said things like, "Parent by choice for choice," and "Keep your rosaries off my ovaries."

The march was significant given recent confirmation that there will be a referendum on abortion next year, meaning the government will be revisiting the strict laws currently in place. Though abortion laws have always been strict in Ireland (in large part due to the historical influence of the Catholic Church over the country), the eighth amendment brought things to a new level by affording equal rights to the unborn and pregnant women in 1983. Abortion is only allowed in Ireland when a woman's life is at risk, and the maximum penalty for an illegal abortion is 14 years in prison, according to The Guardian.

#marchforchoice ,march for autonomy, march for every woman who had to leave #Ireland to access healthcare. March for #equality #repealthe8th pic.twitter.com/RvyWGW8Ixj
— Grainne Teggart (@GTeggart) September 30, 2017

Thousands of women travel each year from Ireland (and Northern Ireland, which is part of the UK and also has strict abortion laws) to Britain to obtain abortions. Protestors began to make more than 205,700 white chalk marks on the pavement to represent the journeys women have made to receive abortion services outside of the island of Ireland.

Maeve O'Reilly, from the London-Irish Abortion Rights Campaign, said,"These journeys, which are often taken in silence and are very stigmatized and shameful in the eyes of our government, we wanted to make them visible by making these physical marks on the pavement here today."

She added that she and other protestors were encouraged by recent polls which show that "most Irish people want to see a liberalization of Irish abortion laws."

She continued, "We're really confident that the Irish public will engage with this issue, will have a good debate and people will begin to see that abortion is already happening. It's just not happening in Ireland. And the time has come to kind of wake up to that and do better for our women and offer this care at home, rather than exiling them to other countries."