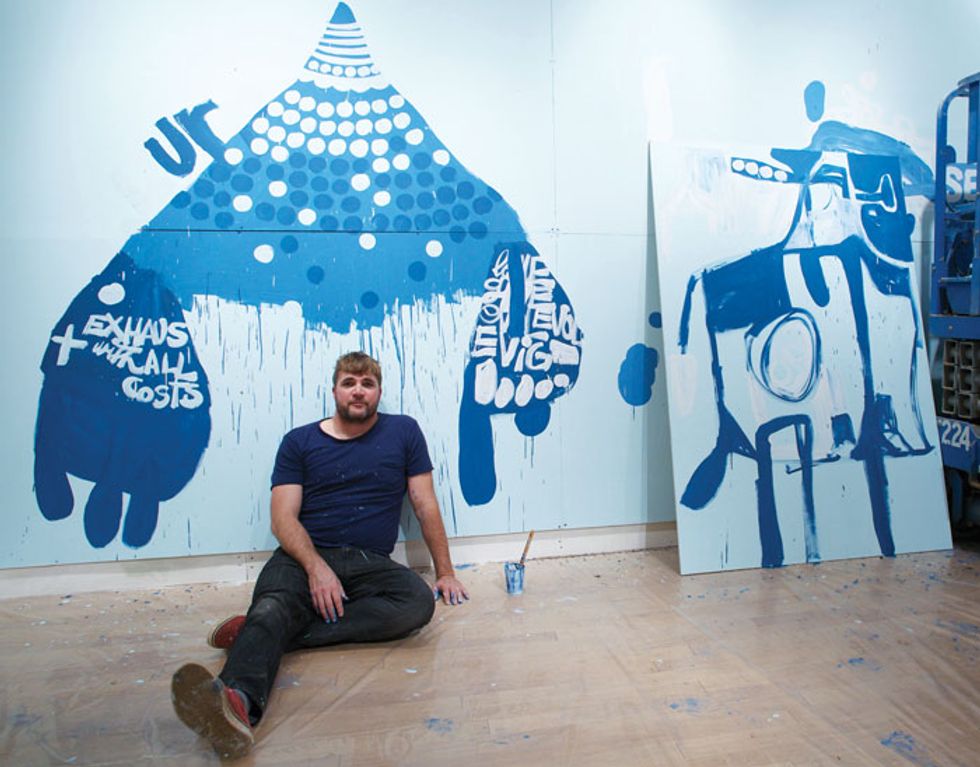 Thomas Campbell working on his mural at the Santa Cruz Museum of Art and History, January 2013. / Photographed by Tiffany Campbell
Surfers in southern California today ride different boards, and ride these boards differently, than they did prior to the release of Thomas Campbell's pioneering 1999 surf film, The Seedling. The film, shot in 16mm, reconnected contemporary surfing with the halcyon '60s, chronicling surfers like Joel Tudor, Devon Howard, and a small pod of iconoclasts, who recognized the period's classic boards and charismatic figures as the key to surfing's future. Since then, he's created a substantial body of West Coast-flavored work that has transcended surf culture and gained international recognition.

Last fall, Campbell published Slide Your Brains Out: Surfing in General, a collection of his surf photography from the last fifteen years. The book, published by his own press (Um Yeah) and distributed by D.A.P., is the first of a projected 10-book series.

And this April, Campbell's most recent still untitled film -- featuring the Spanish skateboarding mega-star Javier Mendizabal and the young Latvian talent Madars Apse -- will premiere in Barcelona. Here we talk to him about how surf culture has changed over the last decade-and-a-half and who's keeping surfing's original outlaw spirit alive.

Jonathan Feldman: What's changed, for better or worse, in surf culture in the 14-odd years since The Seedling was released?

Thomas Campbell: I think questions like that are for other people. I don't want to be the guy who's saying what I did and how I changed things. I was just interviewed about my book and the guy was pretty much like, "You changed the whole look of photography with all this stuff you did..." and I told him, I'm not that guy who's going to say that. And he fucking put that I said I did in the interview, but I didn't! It's like, just by putting that in there everyone's going to think I'm a fucking pompous dickhead. 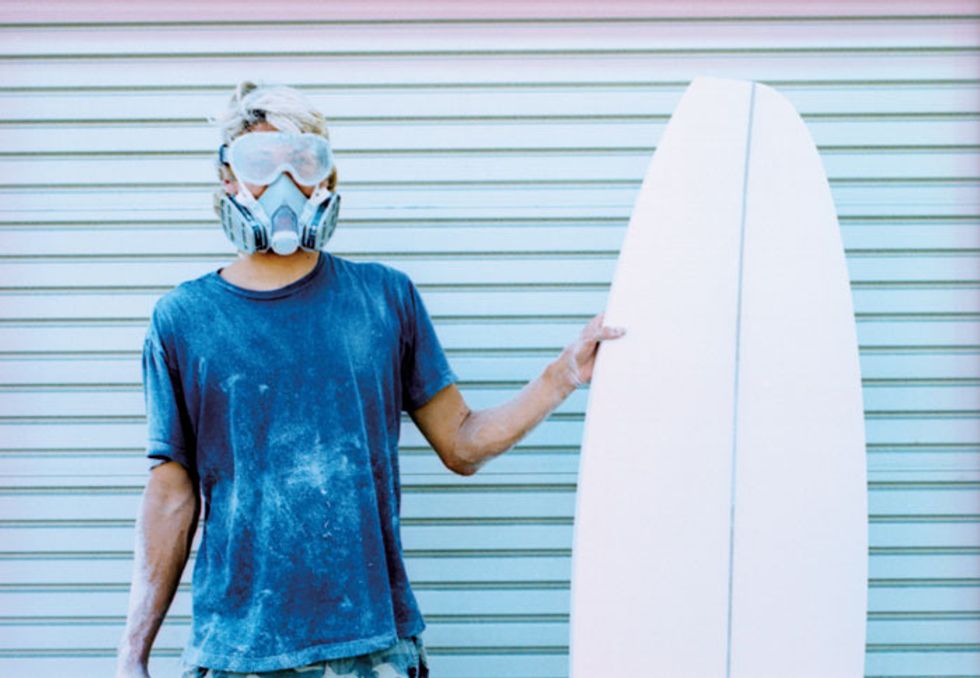 JF: What if I asked the question another way: What's different about the culture now, entirely apart from your work or your intervention?

TC: I would say it's about 90 percent the same -- where surfing is flattened out, commercialized, and run through these big corporate machines that don't really have any style. Then there's the other 10 percent: surfers who are doing things with their own hands and really being creative and producing at a smaller level. Surfers and shapers like Robin Kegel, Alex Knost, Ryan Burch and Tanner Prairie. I don't think people today realize the extent to which surfers belonged to an outlaw culture. They were fringe characters and acted as such. Surfing came from outsiders, especially in California. And there really was no commercialization of activity. Recently, there has been a shift back to that and there is a flourishing of sorts out on the edges.

JF: What keeps you moving forward, what inspires you?

TC: I don't know. I don't think I try to quantify it. I'm just creative by nature. I think it's just a basic need to express. At this point it's like a snowball that's been rolling for so long and I'm essentially the snowball now. I just wake up and make things. That's what I do. Most of it's not for money, so it's just to do things that I'm interested in doing.

JF: Why do you think that surfing hasn't produced its own Spike Jonze or Mike Mills? I'm deliberately excluding you because I think aesthetically you're more a product of skate culture than surf culture.

TC: It has. I think Alex Knost and Robbie Warden are good indications of that. I think Dane Reynolds is, too. Like that one movie Dane made...

JF: Thrills, Spills, and What Not?

TC: Exactly. I actually think Dane is really avant-garde with what he likes. He likes really fucked-up music, which I like as well. I do think that's happening. Look at Shawn Stussy: he's a fucking surfboard shaper and just went for it. It does happen, but skating is street-oriented, and surfing, just by nature, doesn't have that grit. I think that grit is where people pull from. 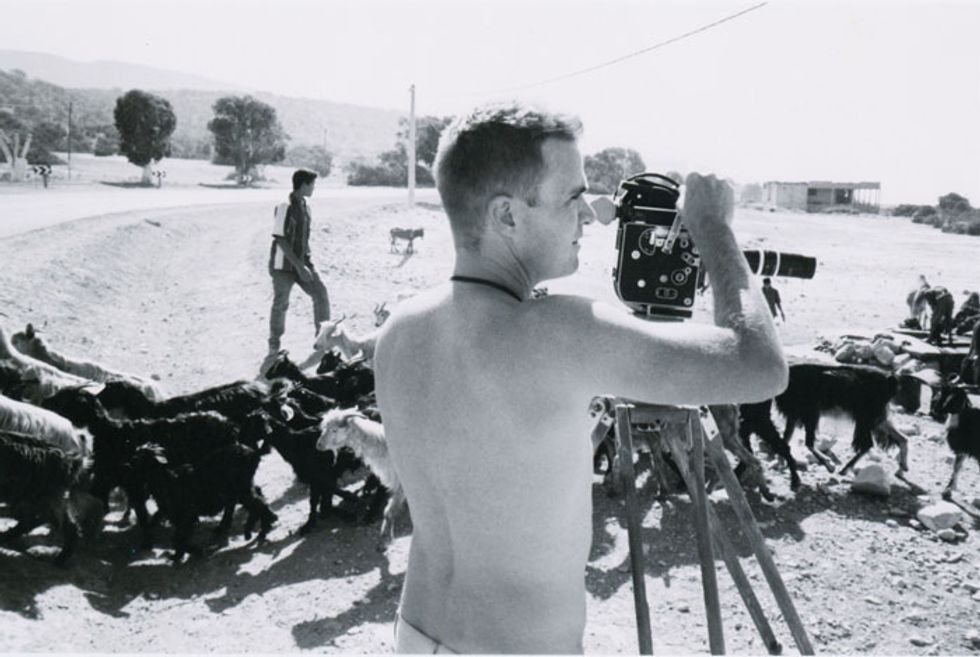 Thomas Campbell filming in Morocco, Morth Africa, 2003. / Photographed by Dan Malloy
JF: I know that analog film has been really important to you.

TC: I just think if I'm documenting things, then I'm trying to mirror life or reflect life in a way that's dynamic and interesting. Like if you're somewhere and someone is surfing and it looks so beautiful, you want to catch it in a way so that you feel the depth of the experience. I feel like with film it has a depth and a warmth that creates a more emotional place. Whether you're tweaking it or making it into something else, just the graininess and the nature of it [conveys] more emotional depth. I'm not a hater of digital mediums; I think they're very purposeful for different things. Like I understand that people working in magazines and making video clips can accomplish a lot with those things. But instead of just being naturally dynamic, it's like you're always trying to polish a turd. I don't like the results. I just always really wanted to honor the people and the places and create emotional environments in my photos.

TC: I don't think I would make another big surf film like the ones that I've made in the past, which were more developed with lots of different sections. I've been talking a lot with Alex Knost and Dane Reynolds about making something but I think it would be more free-form and expressive. I've more or less already documented all the things I was truly interested in and then put it in a way that was slightly educational, so that you could understand and follow it. I wouldn't do films like that anymore. Maybe I would do shorter ones or just films that are more feeling-oriented.

JF: You just finished a new skateboarding movie about Spanish skateboarder Javier Mendizabal. What was that experience like?

TC: It's just really fun to be working more on skateboarding again. It's definitely my first love and the people I'm working with are really cool. I think it's going to be a really neat film. It's going to be slightly bizarre with some good skating and beautiful cinematography.

JF: Despite your protestations, you obviously have had an enormous impact on both surf and skate culture -- and the larger culture, too.

TC: I'm flattered that people see things in that way. Like I said, I was just documenting the things I thought were interesting in a hopefully interesting way. It's cool in the long-run to see that people got excited from it or felt inspired to live more creative lives. What more could you ask for, really? If people are enjoying their lives more because of something I did, that's really cool. 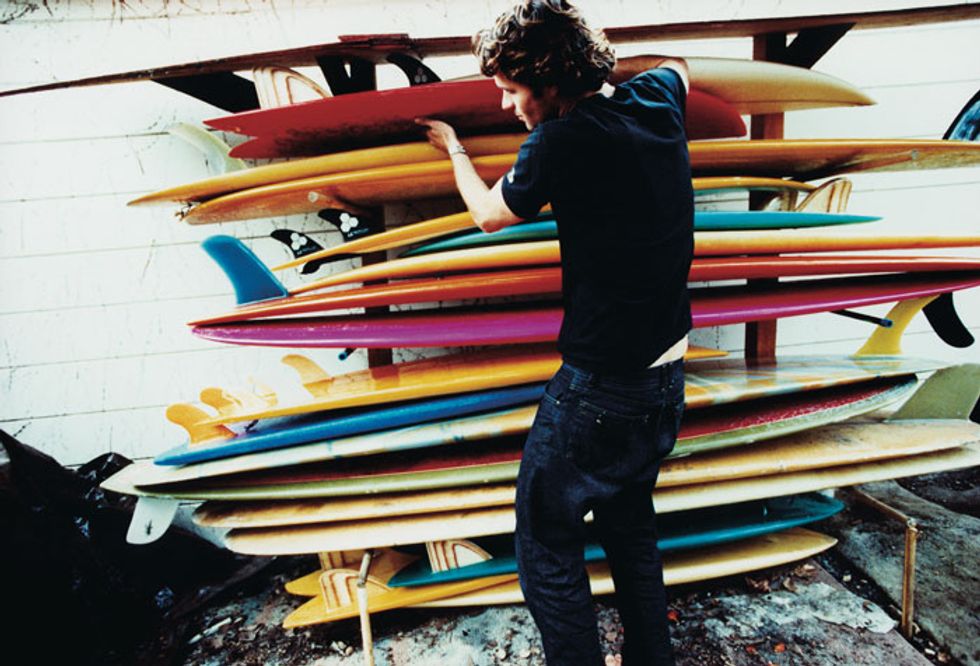 Why Are There Memes of Julia Roberts As Harriet Tubman?