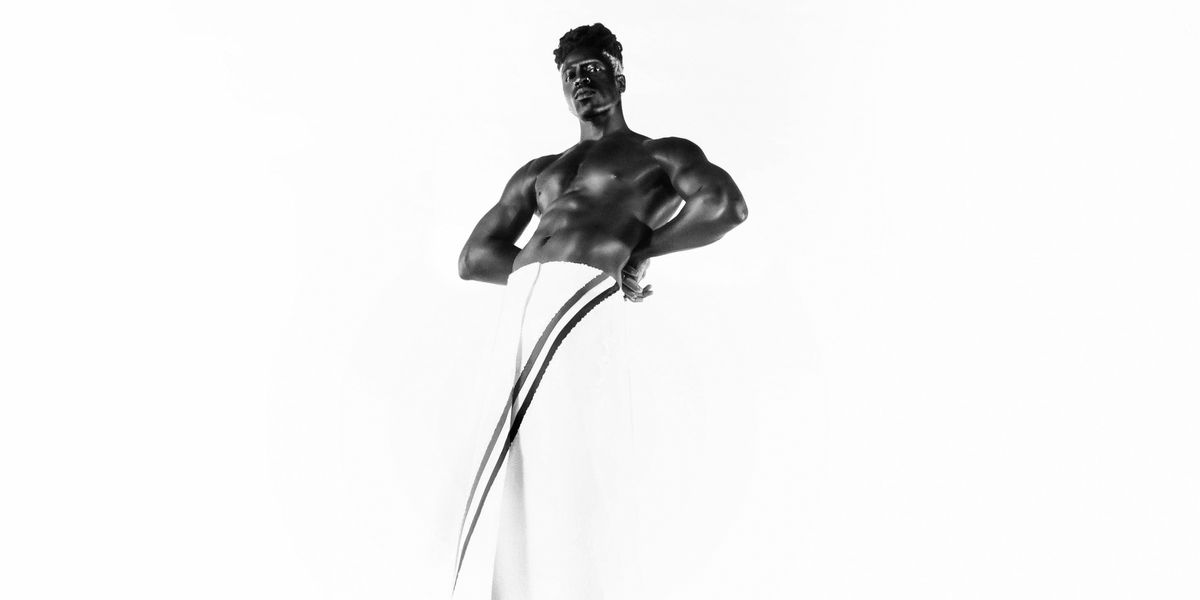 Moses Sumney Is an Olympic Monument in Thom Browne

Thom Browne's Spring 2021 show won't take place until October, but until then, the designer gave us a tiny preview of what we can expect with his new short film released yesterday as part of Paris Fashion Week's digital platform.

Clad in a white sequined wrap skirt with a diagonal red, white and blue silk stripe across the front, American singer-songwriter Moses Sumney gave a first glimpse of the only look from the upcoming collection.

Related | Why Are Hoop Skirts Everywhere?

In the film, which Sumney directed, he sings a rendition of the Olympic Hymn while standing atop a podium resembling a classical statue and monument. "The viewer is forced to focus on the lyrics, movement and presence of Moses in his singular garb, as well as the musical arrangement created by Moses for this film," the brand said in a statement.

Sumney, who has previously been linked with brands like Telfar and Eckhaus Latta, has been a fan of Thom Browne for a while now, having notably attended his outdoor performance show in front of Bergdorf Goodman last year.

As for Browne's upcoming co-ed collection slated for Paris Fashion Week this fall, the olympic theme will remain on full display and will act as an analysis of the balance between masculine/feminine silhouettes in sport. (The collection is particularly inspired by 1924 and '36 olympics.)

The clip also provides a sneak peek at Browne's new collaboration with Beats by Dr. Dre launching later this month, with all proceeds going to charity. While exact details are still under wraps, you can still rewatch the full short film, below.