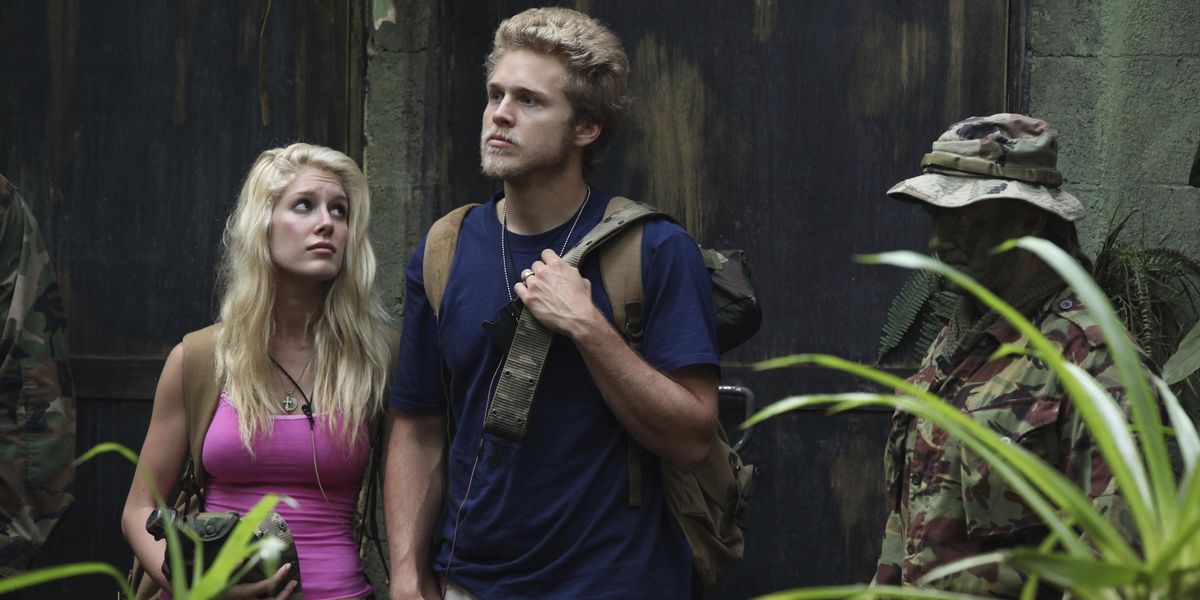 This Week in 2009: Spencer and Heidi Fled the Jungle

The Jonas Brothers got kicked off YouTube after they posted an unauthorized video of Joe dancing to "Single Ladies." It doesn't get much more 2009 than that. Bad gal Taylor Momsen, of Gossip Girl and The Pretty Reckless, reportedly fired her entire band because they "didn't look cool enough." Demi Moore and Ashton Kutcher announced they'd pay more than $48,000 to fly in viral sensation Susan Boyle to perform at their wedding anniversary. Robyn recorded an English language version of Yelle's catchy "A Cause de Garcons." "Boom Boom Pow" by the Black Eyed Peas entered its eighth week at number one.

Selena Gomez denied dating Twilight's Taylor Lautner. Meanwhile, Perez Hilton called Kristen Stewart a douche, and rumors of her on-set romance with Robert Pattinson started heating up. (Sadly, we all know how that turned out.) Joe Jonas was spotted out and about with forgotten late 2000s celebrity Camilla Belle (he dumped Taylor Swift to be with her.) Kate Hudson started publicly dating Alex Rodriguez, who is engaged to J.Lo these days.

The Hangover was an unexpected hit in theaters this week 10 years ago, doubling its gross production costs on opening weekend. Vintage Bradley Cooper! And after spending just two days in the jungle, Spencer Pratt and Heidi Montag quit I'm a Celebrity... Get Me Out of Here! because they decided they were "too famous" to compete in the show.

2009's biggest social media success story, Twitter, was gaining incredible popularity in June 2009. Especially among pop culture fans and the celebs they followed. So much so that famous users like Kanye West requested that the platform do something about all the fake imitator accounts that pervaded the timeline — this week 10 years ago, that blue tick you love to hate appeared for the first time. Verified accounts were invented! And we all finally had something to strive for.