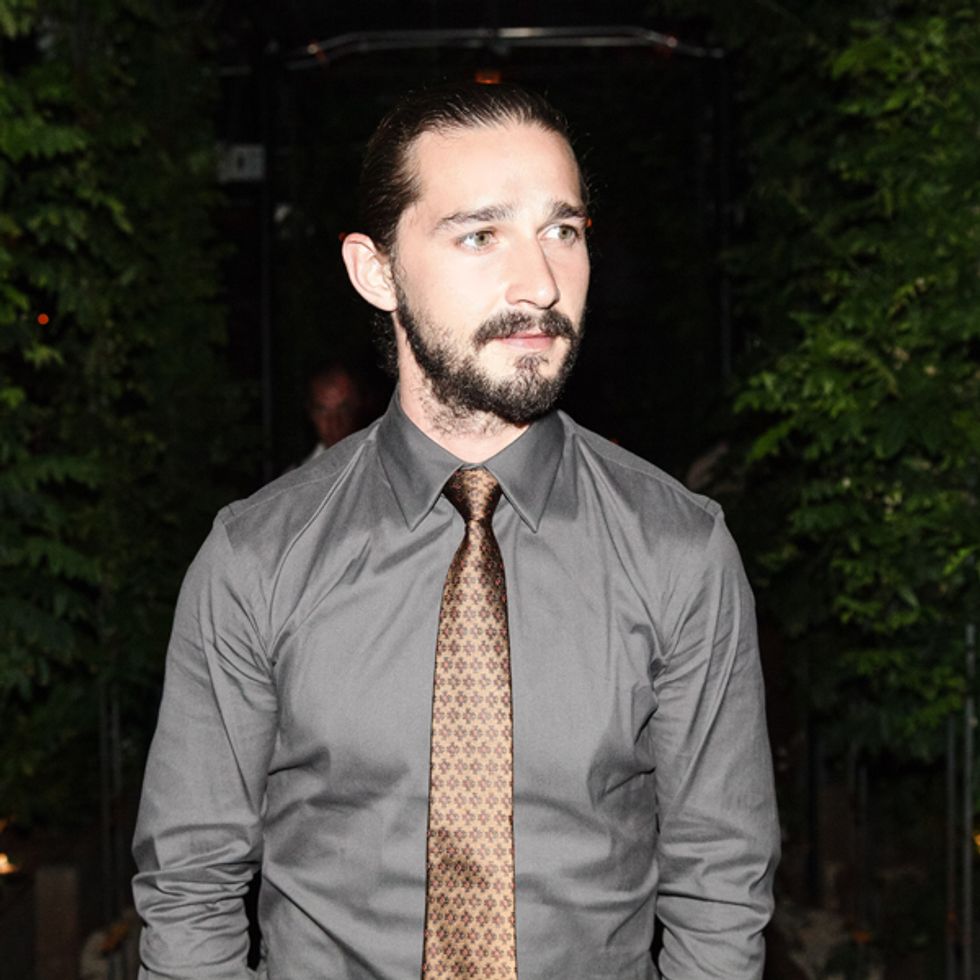 This Video of Shia LaBeouf Threatening His Girlfriend Is Deeply Disturbing

by Sandra Song
PAPERMAG
Photo by Matteo Prandoni/BFA
Shia LaBeouf got kind of scary during a very public fight with his longtime girlfriend Mia Goth in Turbigen, Germany over the weekend. The fight, which was captured on video and is now on online courtesy of Entertainment Tonight, because Internet + celebrities with histories of erratic behavior + cellphones. The video captures the couple in a heated argument over LaBeouf's backpack, though thankfully some passersby on the street intervene and offer to drive him to the airport with LaBeouf on camera telling them, "I don't want to touch a woman, I don't want to hit a woman, but I'm being pushed."
A frustrated LaBeouf later asks Goth for his backpack again, "I don't wanna touch you. I don't wanna be aggressive. This is the kind of shit that makes a person abusive." Which is really not okay, seeing as how threatening your girlfriend/positing her as the reason he's being driven to abuse is still considered, well uh, "abusive."
And the kicker? He's recorded afterward en route to the airport with his new local buddies saying he "would have killed her" had he not left.

He then goes on to brag about America's lax gun control laws, vapes and unsuccessfully tries to FaceTime Megan Fox. It's all supremely ugh.
frameborder="0" allowFullScreen&gt;
[Ed. Note: If the video embed does not work, you can watch the entire shitshow here.
[h/t Entertainment Weekly]
From Your Site Articles
You May Also Like
Fashion