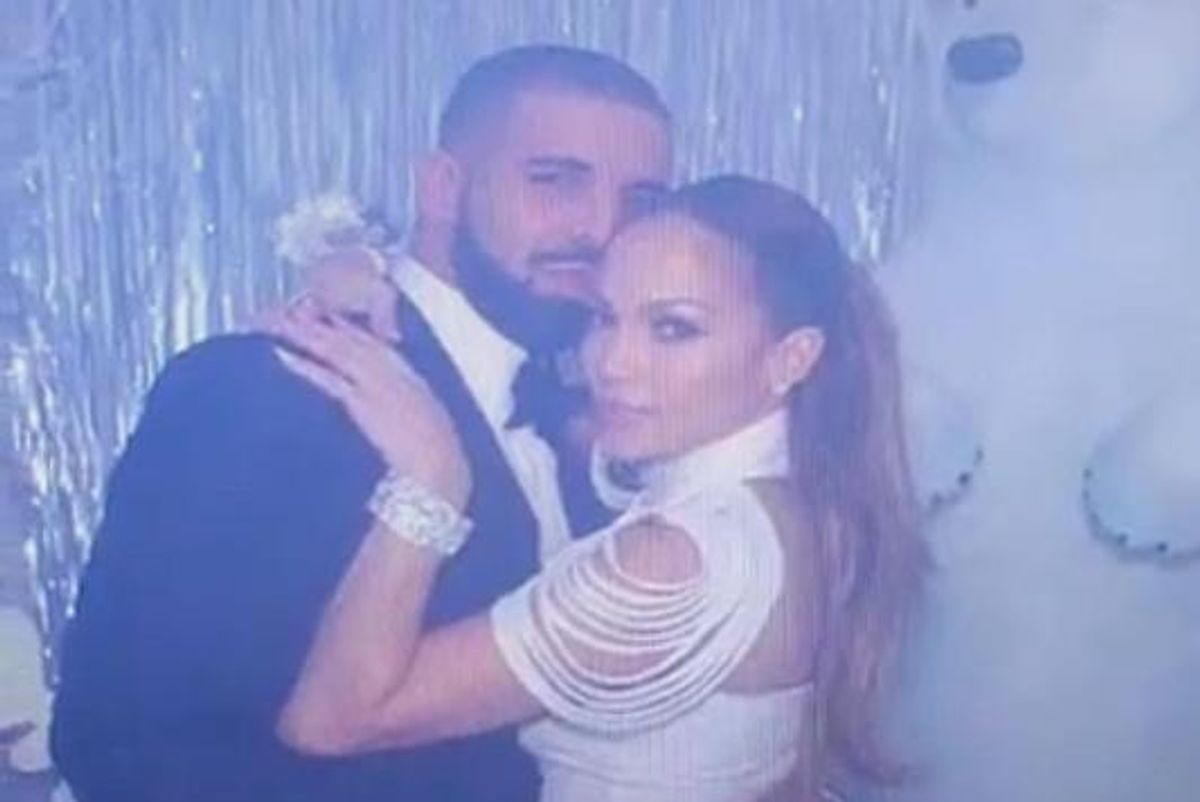 This Video Of J.Lo And Drake Fake Grinding Leaves Us With A Lot Of Real Questions

Drake and J.Lo have made it very clear that they want the world to think that they're a couple. Whether it's because they're just two emotional exhibitionists in love or because they have an upcoming single to promote - who can say? Earlier this week DraLo (sorry, it's inevitable) released the same picture of the two of them cuddling simultaneously on their Instagram accounts, which, in its calculation and cheese fits pretty well within Drake's fake relationship M.O.

((Yes, Rihanna unfollowed J.Lo soon after the pictures were posted, but doesn't tip the real vs. fake scales because we know our beloved bad gal is "petty AF."))

Today, TMZ released a video of the two of them grinding at a party J.Lo hosted in Vegas to a song that sounds suspiciously like a Drake/J.Lo collaboration. I smell a publicist! They want us to wonder if they're a real couple. What we're actually wondering is... what *is* is this sparsely attended Prom-themed party? And what the hell is that M.C. talking about? Was that really the best they could do with that banner?

And then, the gaslighting continues with this Instagram video of a brief kiss which feels somewhat.. high school play?

These violent delights have violent ends.