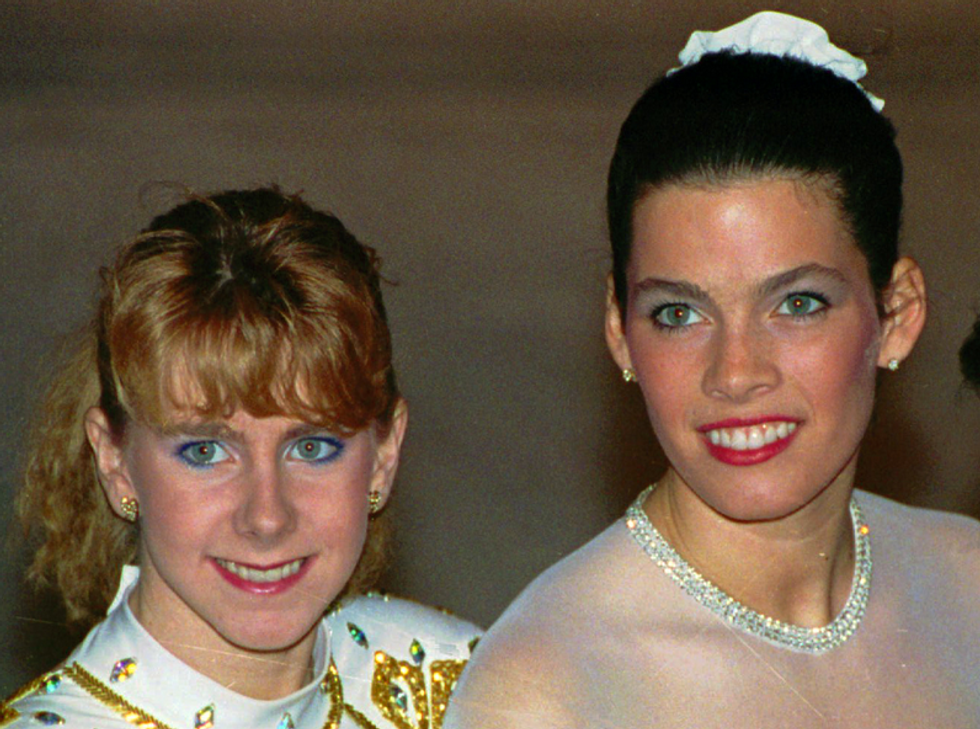 by Abby Schreiber
PAPERMAG
Ahh the halcyon '90s, a decade when a peacetime America worried less about war and global destruction and more about two spectacularly scrunchied figure skaters caught up in an epic scandal. We would, of course, be referring to the Tonya Harding-Nancy Kerrigan saga that began when Harding's ex-husband hired a dude to break Kerrigan's leg so that she could not compete in the Olympics and take the spotlight -- or a spot on the team -- away from Harding. As anyone born before 1989 might recall, the blow to Kerrigan's leg only caused a bruise, both women made the team, and Kerrigan took home silver while Harding finished eighth. Harding would go on to make a plea deal, appear in reality TV shows and have a notorious sex tape.

The future home of the museum. (Photo via Kickstarter)
Pretty soon this twisted tale will be turned into a museum in -- where else? -- Williamsburg, Brooklyn. The Brooklyn Paper reports that two twentysomethings -- Viviana Olen and Matt Harkins -- started a Kickstarter for the museum as a joke but now that it's raised over $1K, they're going for gold (sorry). The museum will be located in the hallway of their apartment (of course) and, the Brooklyn Paper writes, will "focus on a media machine that hones in on one scandal after the next, and the two athletes that got caught up in it." Olen and Harkins plan to launch the "museum" next month with a big opening party and guests will have to sign up online for viewings thereafter. In the meantime, you have 48 more hours left to donate to their Kickstarter, which offers prizes like the "Nancy Kerrigan Package" featuring a 30-minute pass to the museum, an "Official Tonya Harding and Nancy Kerrigan 1994 Museum t-shirt" and 2 Diet Cokes.
You May Also Like
Famous People