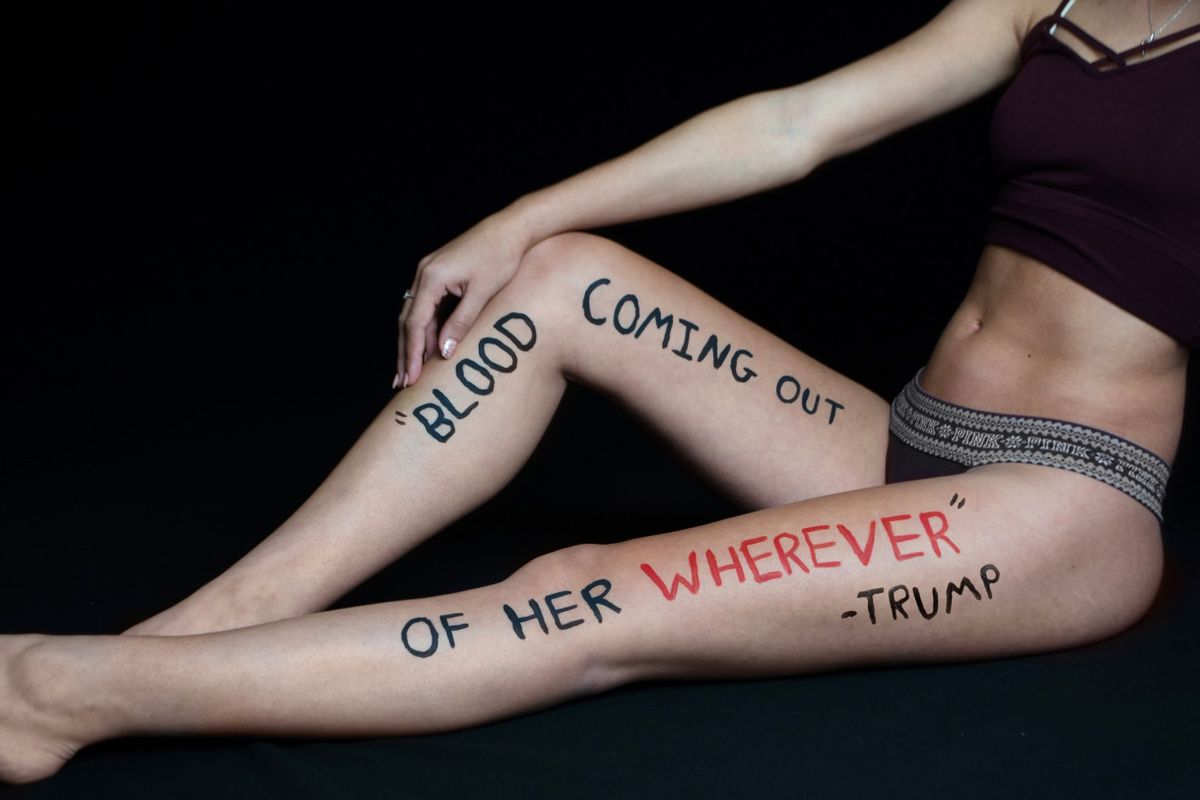 From "nasty woman" to "Miss Piggy" to "grab 'em by the pussy," our election cycle has been dominated by a number of degrading, horrifically misogynistic and absolutely unacceptable soundbites from none other than President-elect Donald Trump. Coupled with several accusations of sexual assault, it's no surprise that many women are finding it difficult to feel safe underneath the forthcoming administration. So in response to all this, 18-year-old named Aria Watson created an incredible new photo series called #SignedByTrump that truly illustrates how fucked up his comments are.

A student at Clatsop Community College in Oregon, Watson's poignant and powerful series was initially made for her Intro to Photography class. But after posting it to her Tumblr last week, the stunning images went viral -- with over 100K notes at press time. Check them out below. 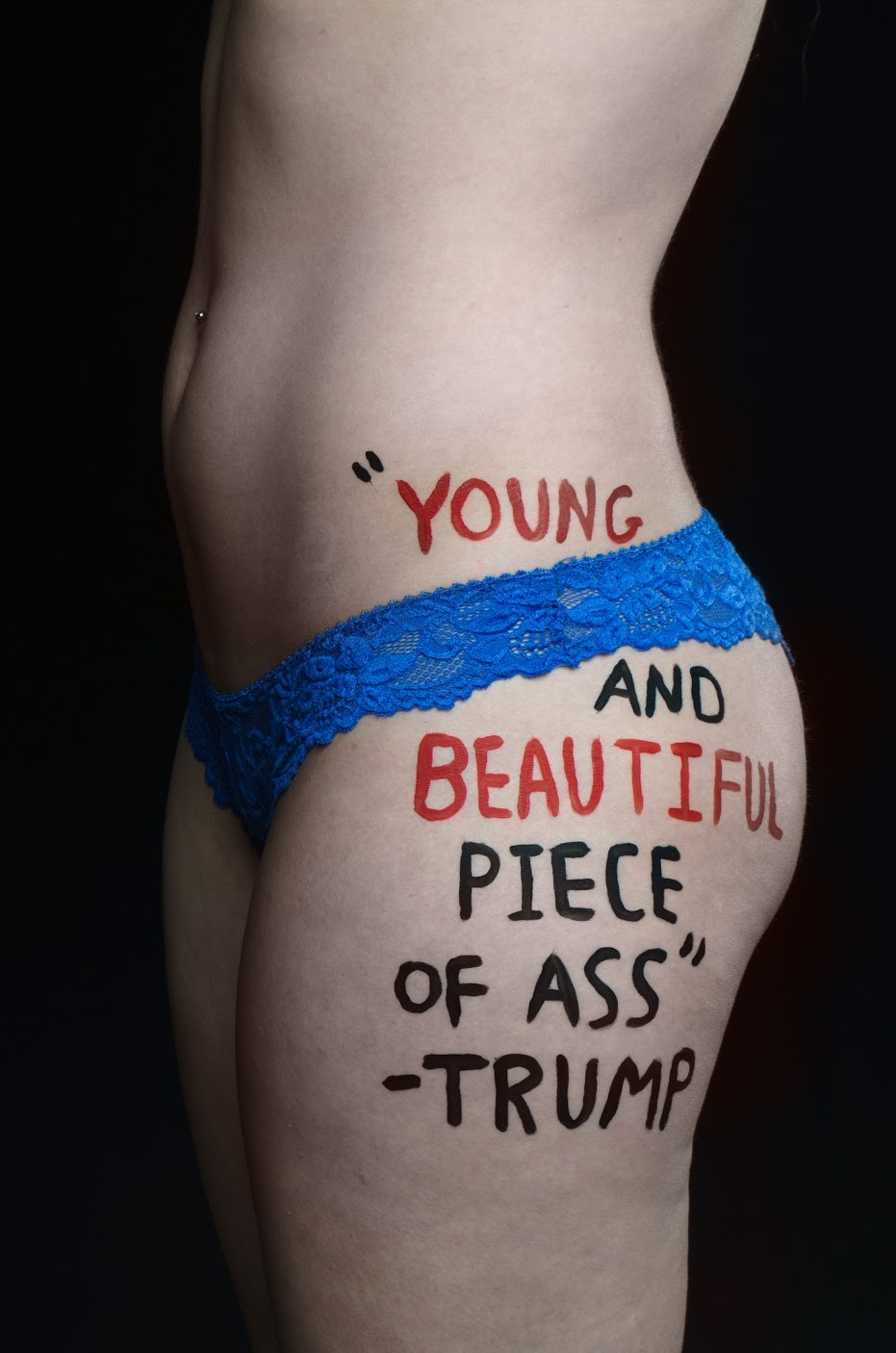 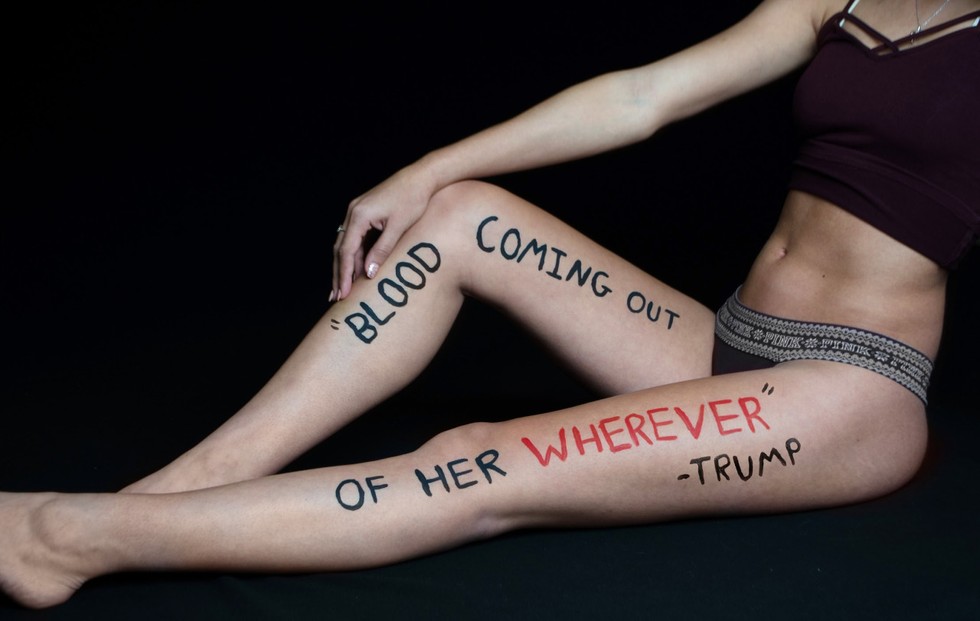 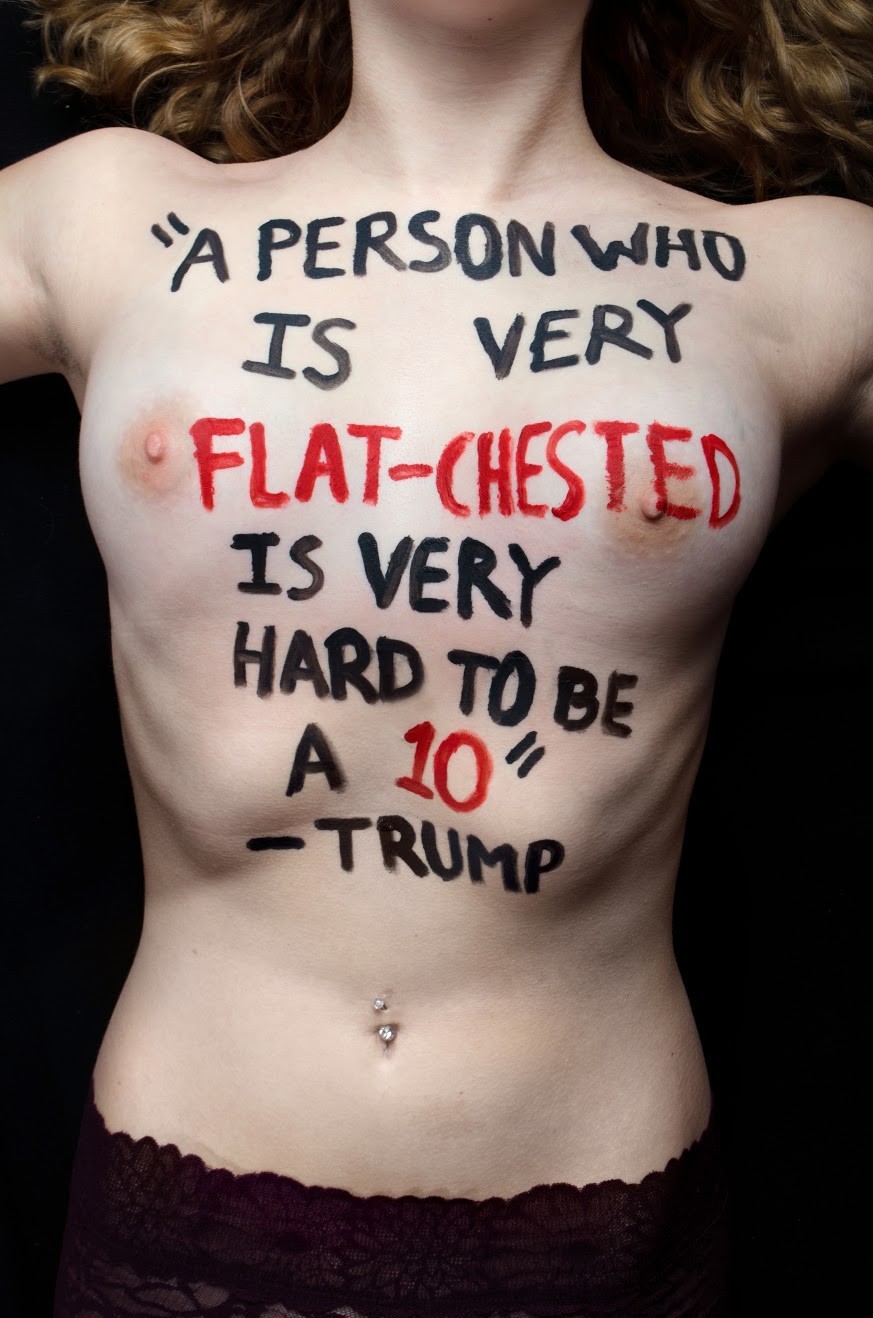 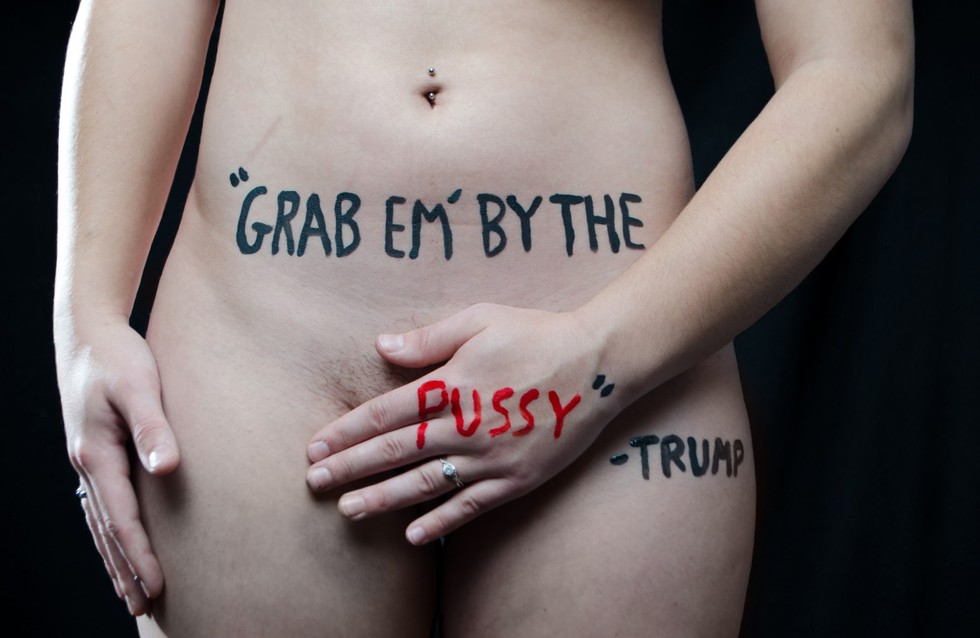 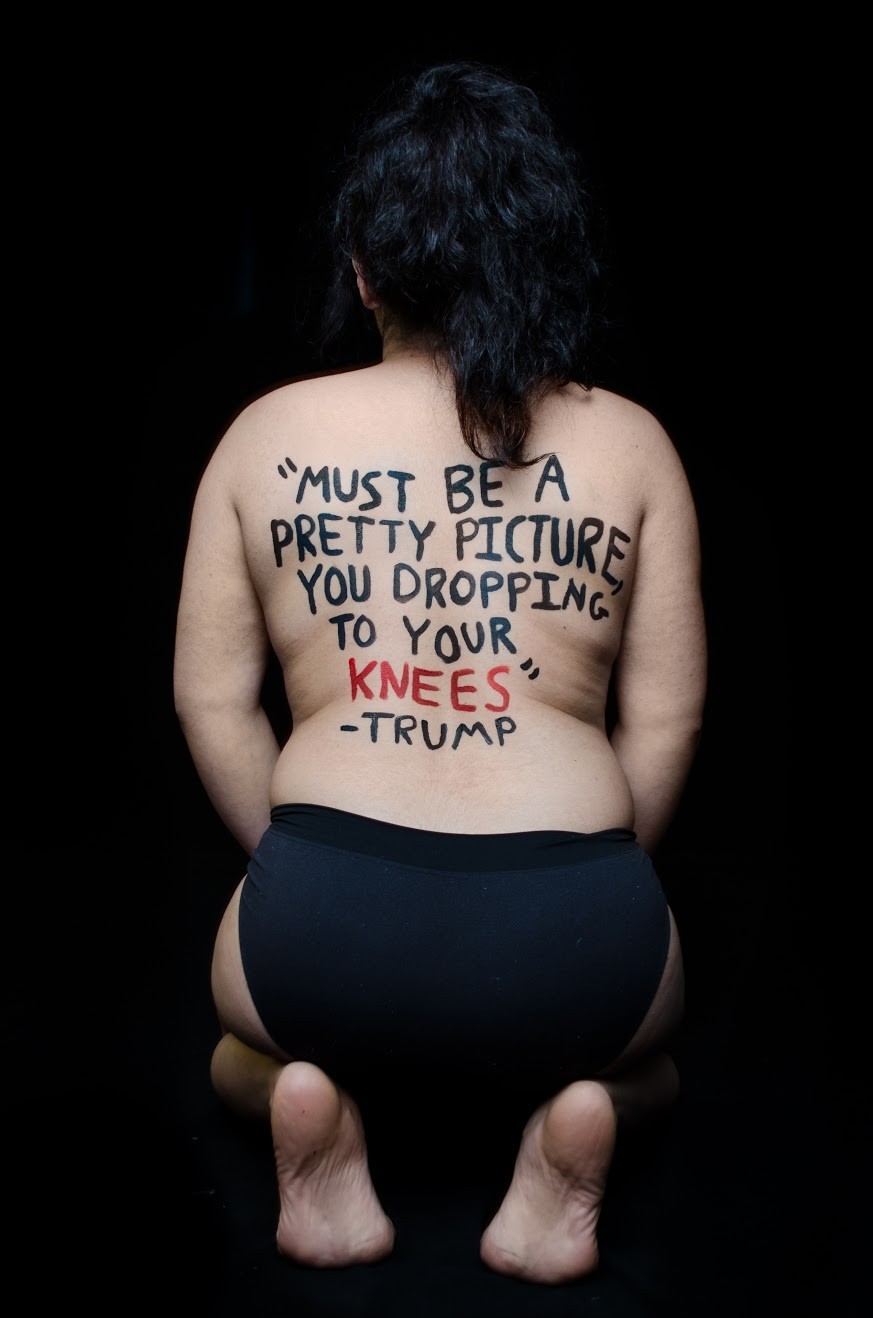 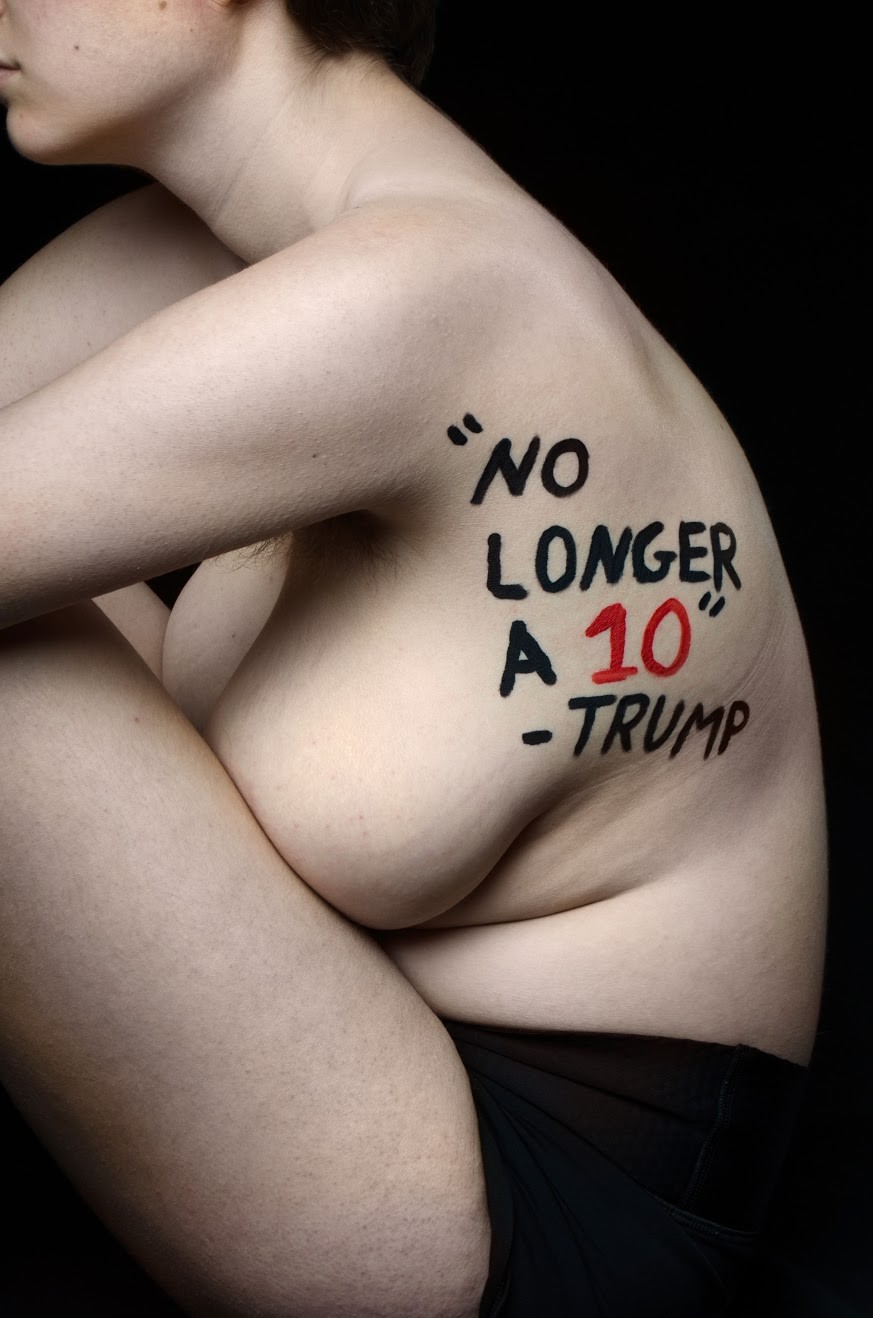