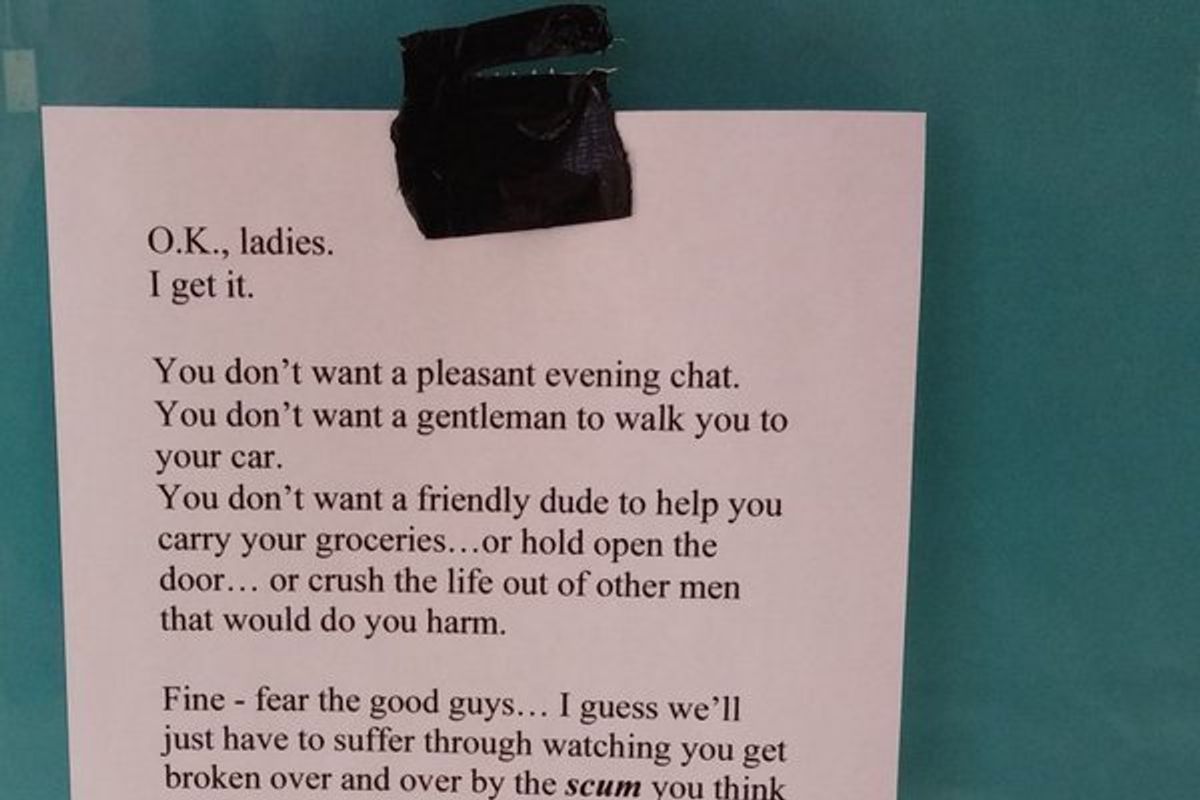 Nice Guy strikes again -- this time apparently in Toronto, where Twitter user Matt Pops Collins stumbled upon the creepiest m'lady PSA there ever was. It's many levels of off-putting, and we're not just referencing the nondescript font choice + black duct tape combination.

A 100% non serial killer thing to do is just print this up and put it up all over town with black duct tape pic.twitter.com/jlFV7Yaeoc
— Matt Pops Collins (@mitchberghini) March 11, 2016

However, this wasn't the first time Nice Guy struck, as Tumblr user fenrufenrifenny also happened upon the note back in January. And she, for one, decided that a response was necessary. Low-key hope whoever posted this actually "gets it" now.

Can you hear us ooOooOOO-ing from over here?