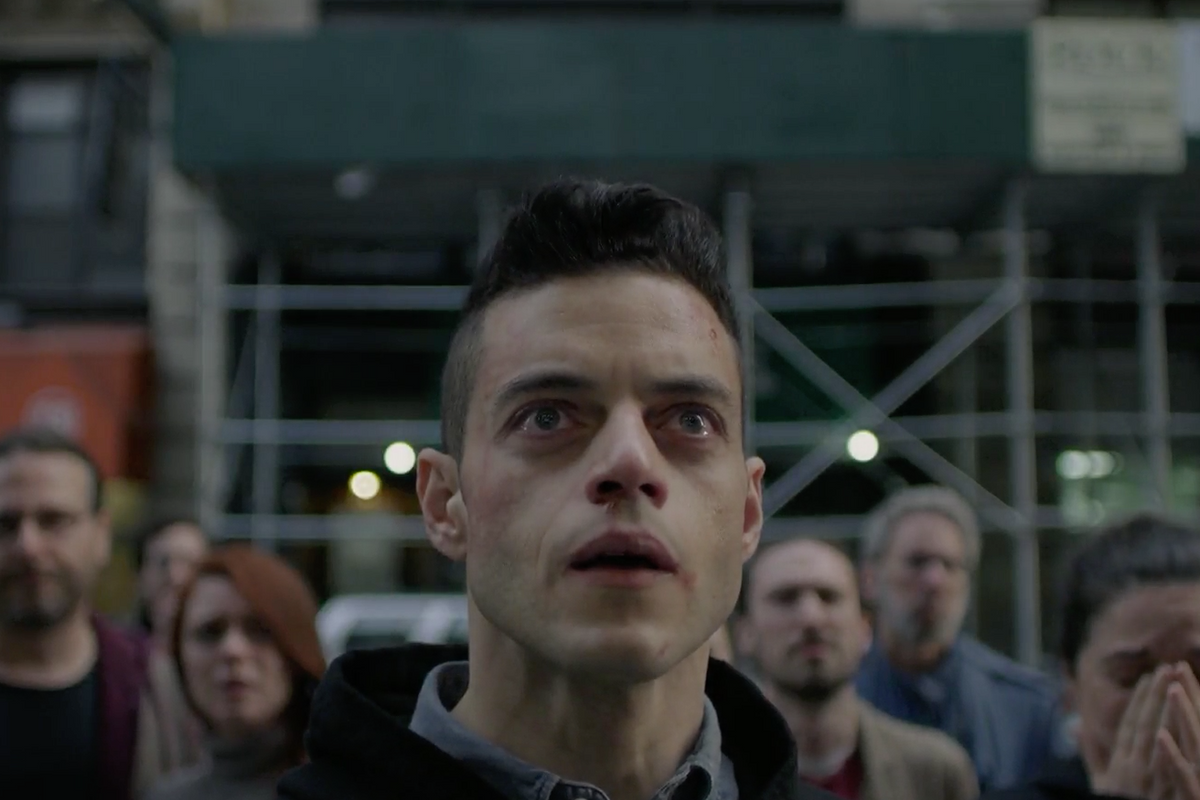 This New Mr. Robot Trailer Will Leave You Shook

While the world grows increasingly surreal, Mr. Robot is continuing to pull zero punches in reminding us exactly what a state capitalist America might look like (i.e. carnage).

Elliott is back (as well as his father/alter-ego) for the new season, having escaped death after being shot by Tyrell in the season two finale. Creator Sam Esmail claimed Trump's victory heavily influenced the writers for this season, which remains in a fictional 2015, and the Dark Army (the group of seemingly-omnipotent hackers) are moving further and further into the foreground. The new season will premiere October 11.

It looks damn hectic, so hold onto your hats.