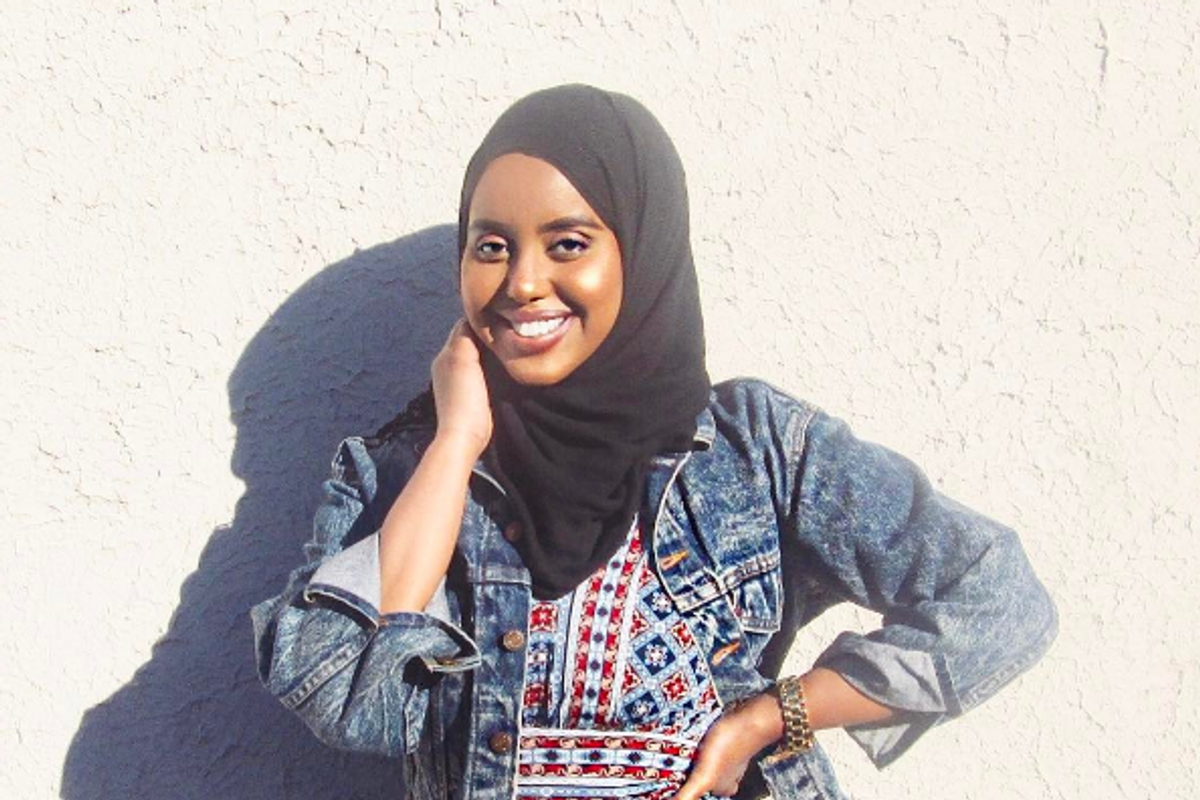 This Muslim Woman Is Calling Out Instagram's Censorship of Curvy Bodies

Miski Muse, known as @musegold on Instagram, took a mirror selfie last November to celebrate finding a pair of jeans that she loved and that "fit both [her] waist and hips." However, when she posted the photograph on Instagram four months ago, it was taken down because it was deemed "inappropriate".

"I was talking to my friend and I remember telling her, 'I found these wonderful jeans a few months ago. Let me show you the picture.' I was scrolling down [Instagram] and I could not find the picture. I knew I had posted it because I had gotten a lot of feedback, both good and bad," she told PAPER. "It was a lot of people saying, 'This isn't appropriate for someone wearing the hijab.' I had left it [up] because I don't like to delete [posts]. I want people to see that this is the narrative of a Muslim woman if she tries to be herself on the Internet and live. I could not find [the image]. I was shocked and confused, but ultimately I was saddened that a woman who choose to celebrate her body wasn't welcome."

On Sunday, she posted the photograph again with a caption explaining the discrimination inherent in Instagram's censorship of her body.

She wrote in the caption, "I'm covered from head to toe, and yet my picture was seen as 'inappropriate' enough to get deleted. My whole life I've struggled w/ body image issues & only in recent years have I come to appreciate my curvy body." Indeed, while all women face unfair scrutiny over the ways in which they present their bodies, women of color and Muslim women face additional pressures to adapt to Western beauty norms and respectability politics.

"Being a curvy Muslim woman hasn't been an easy journey. I've been made aware my whole life that my body takes up too much space and evokes negativity from mean aunties and men alike. If my hips weren't as wide, would my picture have ever been taken down?" Muse wrote in this weekend's Insta. She continued, "Curvy is tacitly seen as immodest-- sexualized by default-- so my photos as a curvy hijabi are consumed and seen as obscene."

As Muse points out, her post was not deleted because of the way she presented herself, but rather, because of Instagram's understanding of which bodies deserve to exist in public space. Not only do they not allow images of nipples and body hair on female bodies, but they also do not allow users to search the word "curvy" because it is supposedly inappropriate.

Because women of color, Muslim women, and curvy women are so often excluded from social and mainstream media, Muse feels that it is important to ensure that marginalized communities are represented.

"Seeing women who look like me (seldom) is what gives me courage to know that I too can achieve so and so. It's more so important as an up-and-coming teen in the West because everywhere you look, every magazine you open, you are reminded that your beauty is not beauty here," she said. "Seeing Halima Aden walk the runway was a beautiful moment that so many black Muslimahs shared."

Ultimately, Muse hopes her message and her presence empower other women.

"I want other women to know that it's ok to be yourself. [When I saw that the image was deleted] that really hurt, but I can either sit on it or I can use that message to empower other women to continue to live their truth because this is the body that we have and we should treat it like the temple that it is. In case you did not know, black curvy hijabi women exist, and we are here to stay."