"This Means We've Arrived:" Graffiti Artist J.Son on MOCA'S "Art in the Streets"

J.Son
PAPERMAG
22 April 2011
To mark the arrival of Jeffrey Deitch's enormous and groundbreaking street art show at MOCA, we asked noted New York subway graffiti artist and author J.Son to tell us a little about what he thought of the installation.

Jeffrey Deitch's "Art in the Streets" exhibit at the Geffen Contemporary at MOCA in Los Angeles inundates visitors with so many styles of street art that it's impossible not to find something you love or hate. I come from the early '70s NYC subway era and graffiti on trains will always rank highest in my pecking order. Nothing hung on a museum wall can ever translate the energy and frenetic movement of Technicolored trains rolling into stations and then vanishing into the horizon. The kids of Philadelphia and New York created a movement over 40 years ago that hijacked the alphabet and forged something unique. In the early '80s a more iconic variant blossomed when art school students and downtown hipsters created street art. It took the same tactic that graffiti artists did in appropriating the public space illegally but used imagery in place of lettering. It also banked on an image resonating with the public mind more than the traditional identity-based letter graffiti. Keith Haring's babies, Richard Hambleton's shadow men and Kenny Scharf's cartoon images caused a rethinking of the traditional aesthetic approach and paved the way for Banksy, Shepard Fairey, Cost and Revs and Kaws to inspire street artists the way SuperKool 223, Snake 1 and Stay High 149 inspired me.

Having just spent the last two years completing a book on graffiti and street art (Graffiti 365 , Abrams October 2011), I've gained a respect that few ancient graffiti artists hold for street art. Most of us think only what we did, especially on subways, matters. There is, of course, so much more. I visited "Art in the Streets"  twice unable to make a dent in the massive viewing potential offered. What's most striking about the show is its enormity. The show's sheer size, scope, media hype and celebrity presence mark this show as street art's entrance into the high-art world. This, however, isn't surprising -- nobody has championed street art or taken bigger risks putting on shows more than Deitch. But it's apparent to me, based on whom he included in this show, that his awareness of street art started around 1981 when subway sprayers discarded their cloaks of invisibility to party with rock stars and pursue gallery careers.

Memorable exhibits in the show included SWOON's majestic installation inside of a tent, reminiscent of illustrated paper dolls magnified a thousand fold, the paintings of LA cholo writing pioneer and visionary artist Chaz Bojorquez, the photo montages by Henry Chalfant and Martha Cooper, co-authors of graffiti's bible, Subway Art, and the inclusion of the Freedom Tunnel's creator Chris Pape, who recreated a scene from his clandestine studio on MOCA's wall. Getting to meet TAKI 183, the first graffiti name I remember seeing city-wide as an eleven year old in New York, was also a highlight. Props to co-curator Roger Gastman for
remembering the founders of this art such like TAKI, as well as The Writer's Corner 188 boys and Cornbread, among the street art super-stars like Shepard Fairey, Barry McGee and Mr. Brainwash.

Overall, this show serves as a historical marker for graffiti and street art. As one of my fellow NYC subway artists Aaron "Sharp" Goodstone said of the show, "This means we have arrived. We're here now and we're never going back down."

Art in the Streets runs through August 8, 2011 and is scheduled to debut in NYC at the Brooklyn Museum on March 30, 2012 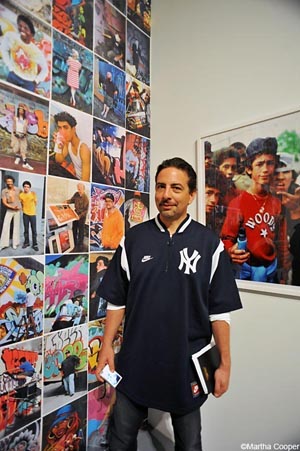 Previous Next
Jay Edlin in front of Martha Cooper's installation 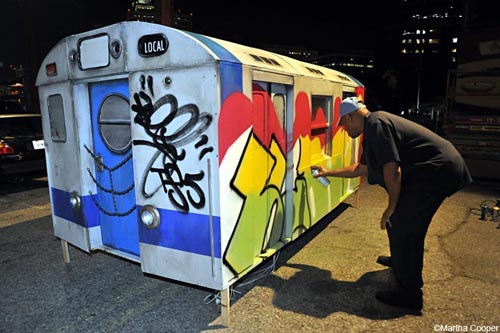 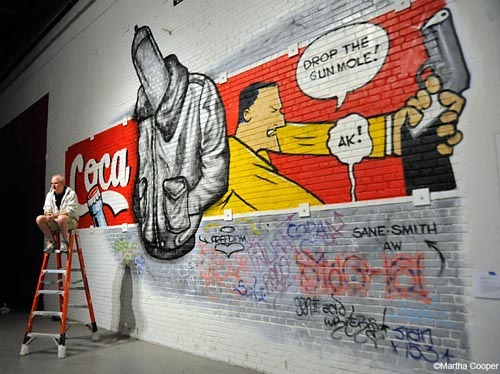 Previous Next
Graffiti artist Freedom and his wall 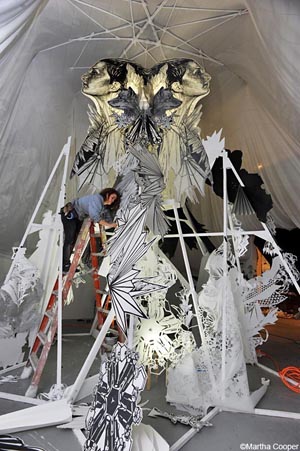 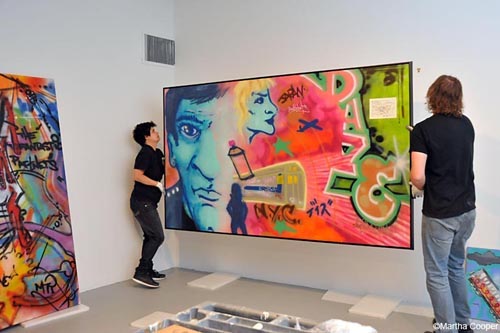 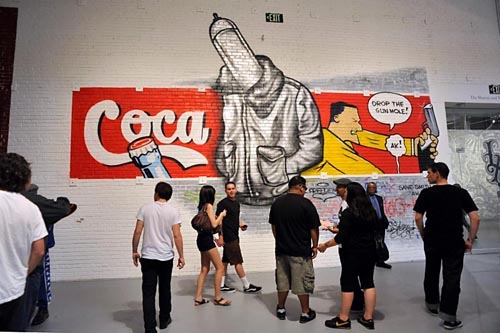 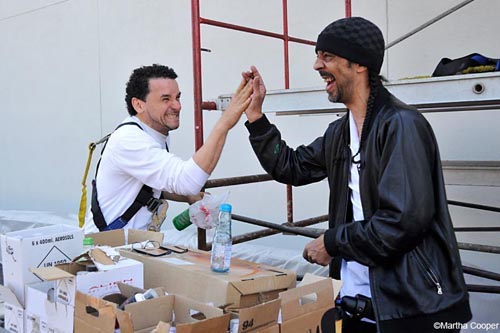 Previous Next
Lee and Futura 2000 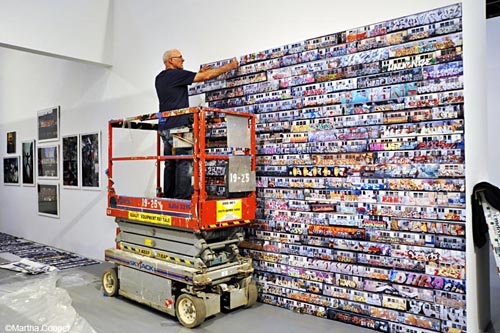 Previous Next
Henry Chalfant installing his installation at MOCA 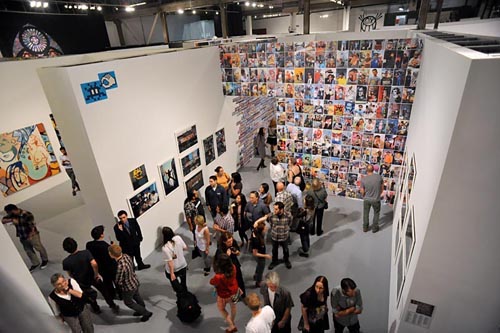 Previous Next
A downward look at Martha's installation