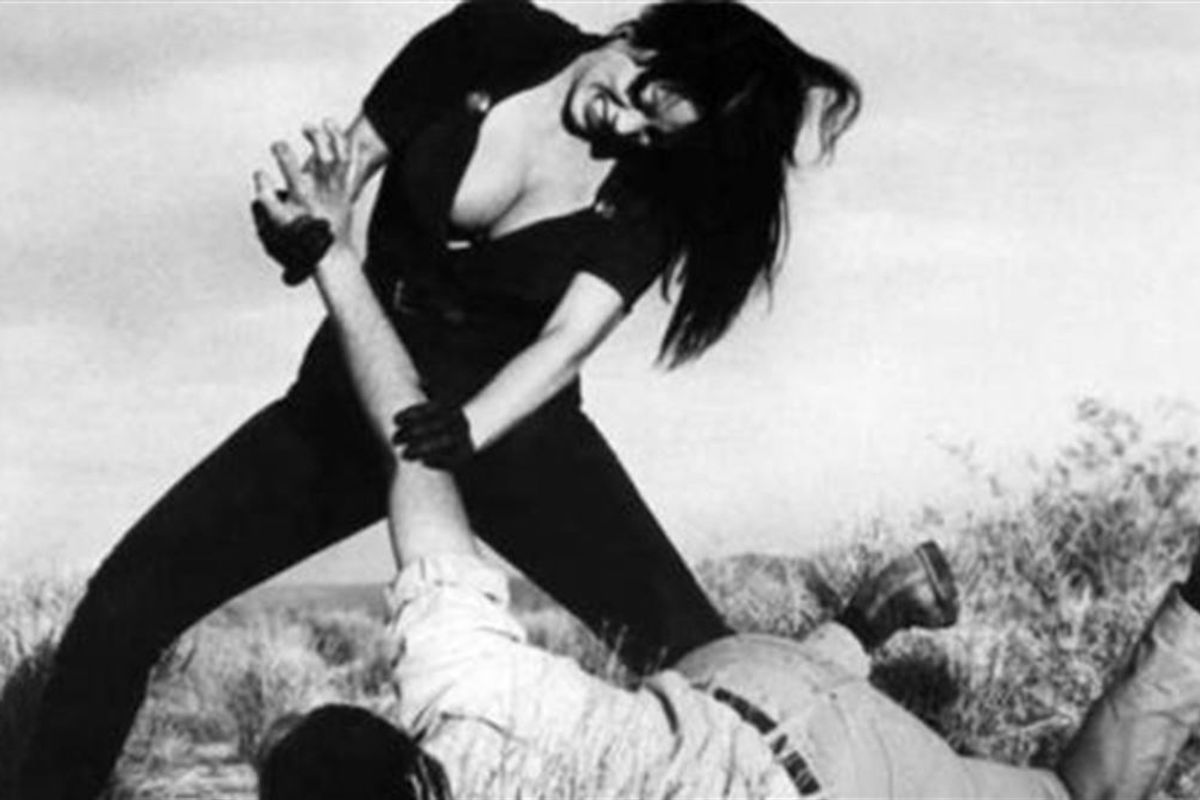 A new crowdfunding campaign has launched to raise money for TURA!, director Cody Jarrett’s seismic documentary about the Asian-American actress and exotic dancer. John Waters, Dita Von Teese, Patton Oswalt and Bruce Lee’s daughter, Shannon Lee, will appear in the film to gush over the cult icon. The film will be narrated by comedienne Margaret Cho.

Satana was more than her blunt fringe and signature winged eyeliner. Born in Japan, she moved to the States and interned at California’s WWII Japanese relocation camp, Manzanar. Satana was also a victim of a racially-motivated gang rape before she celebrated her 10th birthday. In one interview, she admitted to tracking down the perpetrators of the rape years later, Kill Bill style, and exacted her revenge.

“I made a vow to myself that I would someday, somehow get even with all of them,” she told The Guardian. “They never knew who I was until I told them.”

Satana refused to let what happened to her define her, leveling up as a successful burlesque dancer at age 15 (she used a fake ID) who dated both Elvis Presley and Frank Sinatra. She went on to an illustrious career in the film business, starring in Faster Pussycat! Kill! Kill! and 1968’s The Astro-Zombies. She died in 2011.

“She was absolutely lovely,” Waters says in the teaser. “The fans went crazy when they saw her. She was really nice to everybody, and really great, really smart. [Faster Pussycat! Kill! Kill!], I know she's in other movies, but that one’s tough to top!”