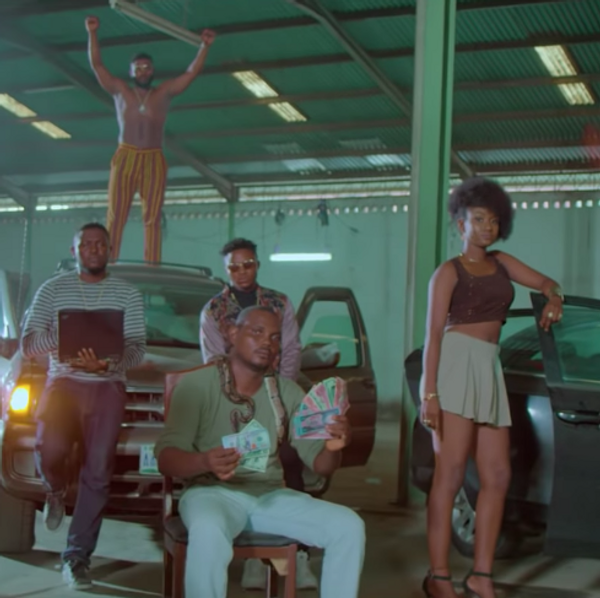 'This Is America' Cover Censored in Nigeria for 'Indecency, Vulgarity'

It's been more than three months since Childish Gambino's gorgeous nightmare and No. 1 hit "This Is America" collectively shook the internet and its impact is still being felt around the world.

This week, Nigeria's National Broadcasting Company (NBC) banned rapper Falz's remake of the song, "This Is Nigeria," declaring its lyrics "indecent and vulgar" and "unfit for radio" reports CNN.

Falz's cover, released on May 25, a few weeks after the original's drop and several days before the 19th anniversary of Nigerian democracy, has already accumulated over 13 million views on YouTube, generated thousands of tweets using the hashtag #ThisIsNigeria, and captured the attention of Diddy, who shared the video on his Instagram account.

In June, the Nigerian Muslim Rights Concern threatened to sue Falz if he didn't take down the video and issue an apology, declaring it an Islamophobic "hate video" and claiming that it "demonized Muslim Nigerians" and misrepresented the kidnapped Chibok girls.

Although NBC's ban will only restrict airplay on local radio and television, with no effect on the video's online presence, the incident reflects Nigeria's wider culture of censorship which deters Nigerian artists hoping to achieve mainstream success from making politically conscious music. Nigerian broadcaster Fola Folayan shared an image of NBC's letter to the station, commenting: "See why sometimes I can't blame our musicians if they choose to give social commentary a wide berth?"

Falz, who is son of a human rights activist and has previously been the recipient of criticism for his music's political content, told CNN: "I am not happy that the NBC is preventing the people from listening to such strong messages that need to be heard. I will not relent and that is why my next album is important. There is a lot going on that needs to be talked about, even though a lot of people may not want to hear the truth."

"This Is Nigeria" is only one of a slew of covers that have sprung up across YouTube over the past few months, including "This is Brazil," "This is Iraq" and "Esto Es España," as artists utilize "This Is America" as a platform to make critiques of their own communities. The covers point to the staying power of the viral track, and the border-crossing poignance of its singular blend of dark satire, violence and heartbreak.