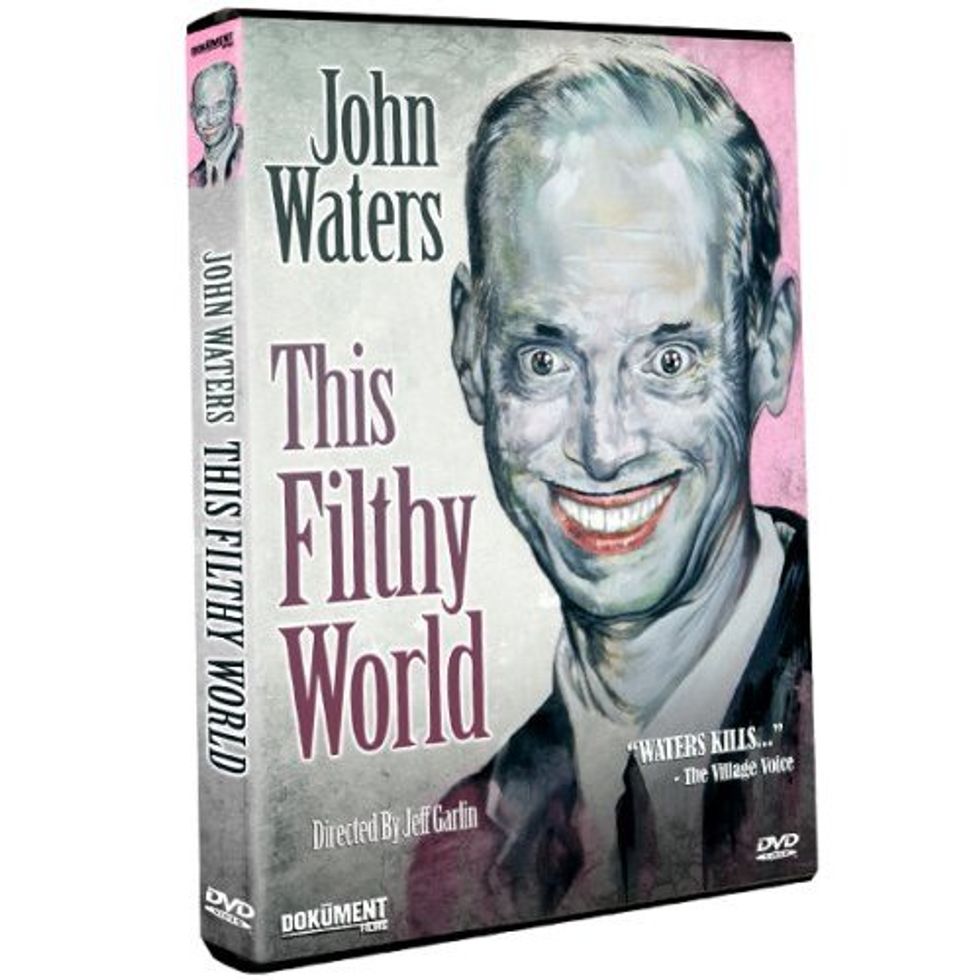 Here's the hilarious cover art for the upcoming DVD of This Filthy World, the filmed one-man show of John Waters' riotous comedy act, directed by Jeff Garlin (Curb Your Enthusiasm). It will be released on DVD on Oct. 30th from Dokement Film and it's a scream. But this cover art really makes me laugh -- he looks just like William Castle's: Mr. Sardonicus!