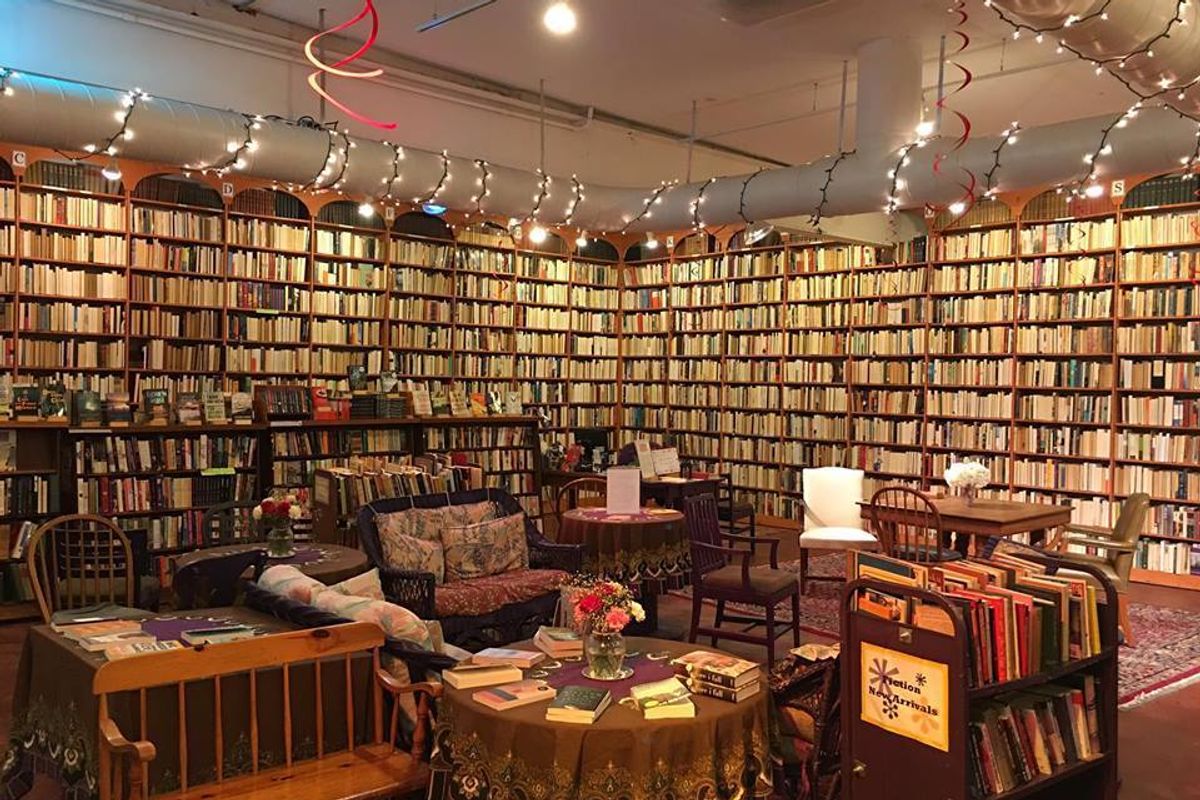 In celebration of Women's History Month, Ohio bookstore Loganberry Books has taken a fresh, innovative approach in ensuring women authors get their due credit, by flipping male-authored titles backwards leaving only female works on view.

The project, titled "Illustrating the Fiction Gender Gap", was birthed by the unsettling masculine bias in regards to "classic" literature. Harriet Logan, owner of Loganberry Books, relayed to Huffington Post her initial shock at the impact of the lack of female representation, identifying herself as also guilty of unintentional bias.

"I was truly shocked by the effects of this exercise, and it does make me curious about other genres in the store," said Logan. "I have been ― or thought I have been ― a conscientious book buyer and a supporter of women's works. It's hard to tell that from the shelves."

The image itself is striking, where perhaps an entire row of works are turned spine inward, illustrating the gender bias favoring men in regards to older and contemporary fiction. Logan went on to state that after taking a count of over 7,500 works of fiction, she found that women only accounted for 37% of represented authors.

While Logan has received some criticism from patrons, citing the project as sexist (cue the meninist tears), she views it as a necessary, thought-provoking experiment in order to help female authors gain much-needed equal appreciation for their work.

"Illustrating the Fiction Gender Gap" is on display now and will be on view through March 13th.

In the mood to crack open a book? Check out this list of ten female-authored works.