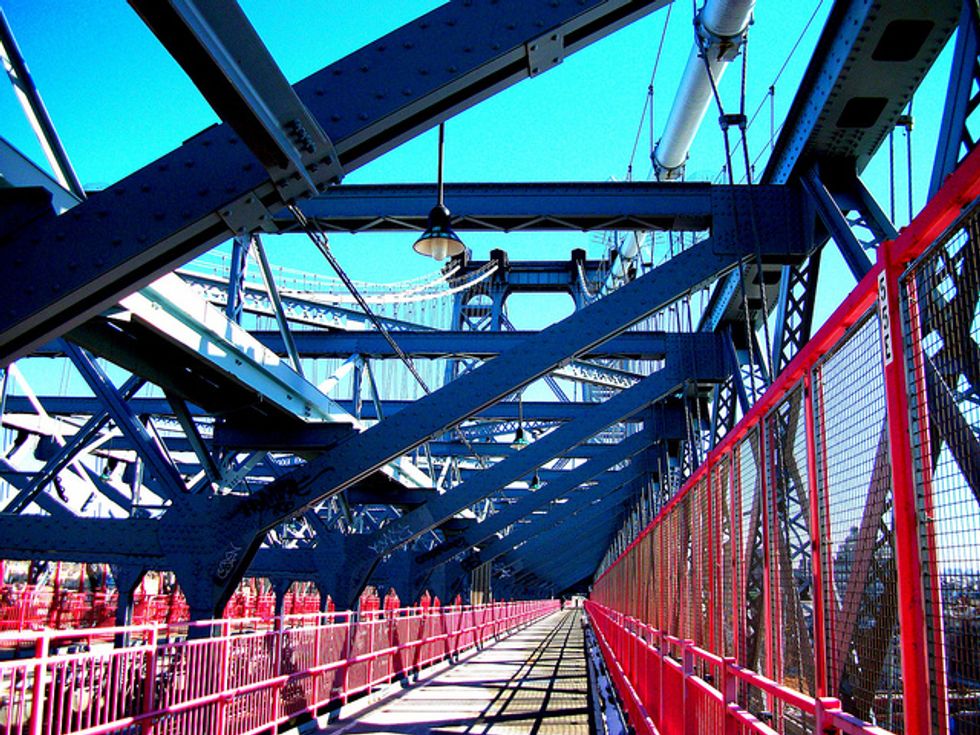 This App Soundtracks Your Williamsburg Bridge Journey with Mykki Blanco

By Sandra Song
PAPERMAG
photo via Kiah Ankoor/Flickr
As famous for its views as it is for its exhausting incline, the Williamsburg Bridge is a symbol for much of New York's creative class  -- and now it has its very own soundtrack thanks to the Williamsburg Bridge Radio app.
Created by creative agency Sid Lee in collaboration with designer/developer Eric Hu, WBBR turns on automatically once you're on the bridge -- playing a "hype-up" track for when you go up and a "cool down" for when you're on your descent. Musical curation comes courtesy of forward-thinking electronic label UNO NYC, who will broadcast new music from their roster of experimental artists Ã  la Mykki Blanco, Dutch E Germ and Aquarian. Expect plenty premium party tracks and Gay Dog Food deep cuts.
You May Also Like
Nightlife