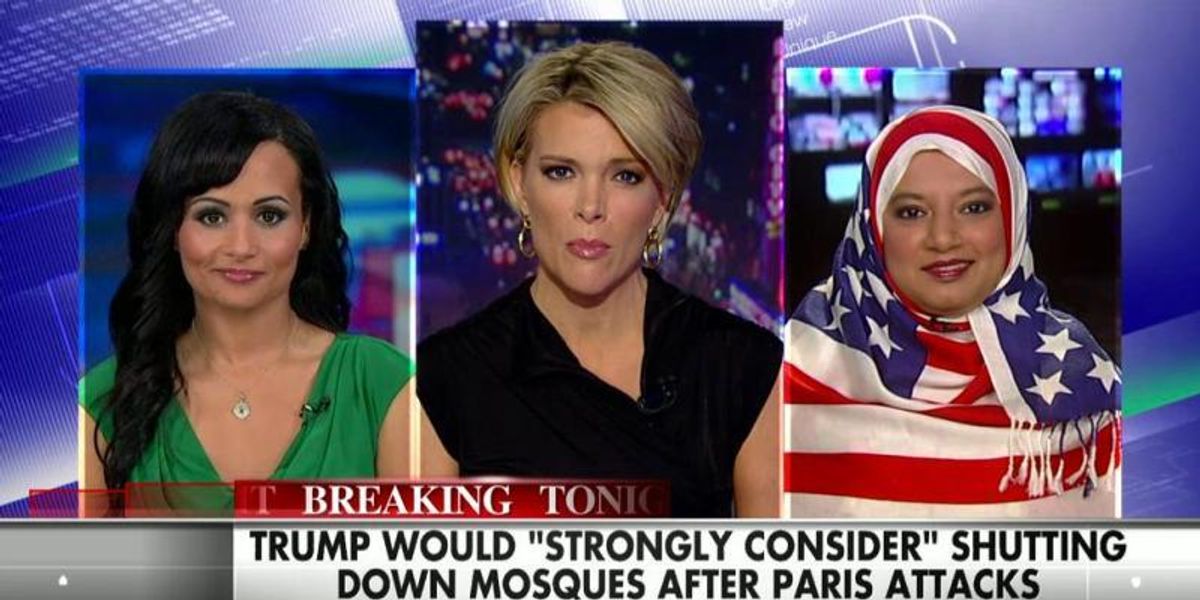 This Woman Wearing An American Flag Hijab On FOX Is Badass

Just when you thought you went hard with that takedown blog, Republican Muslim Coalition president Saba Ahmed just owned everyone by donning the gutsiest garment one could possibly wear on a FOX talkshow. That's right, on yesterday's Kelly File, Ahmed came decked in an American flag hijab to shut down Trump campaign spokeswoman Katrina Pierson, who was arguing that mosques should be shut down as they are quote-unquote hotbeds of terrorist activity.

I mean, it's not like Pierson's shitty rhetoric had grounds anyway, but the fact that Ahmed was able to so eloquently nip the issue in the bud with the succinct, GOP-proof defense of "It's absolutely horrifying to hear that our constitutional rights of free exercise of religion are going to be challenged just because somebody thinks that there may be some attendees who may disagree with your views," all while looking soooo good demands props in and of itself. Hell yeah.