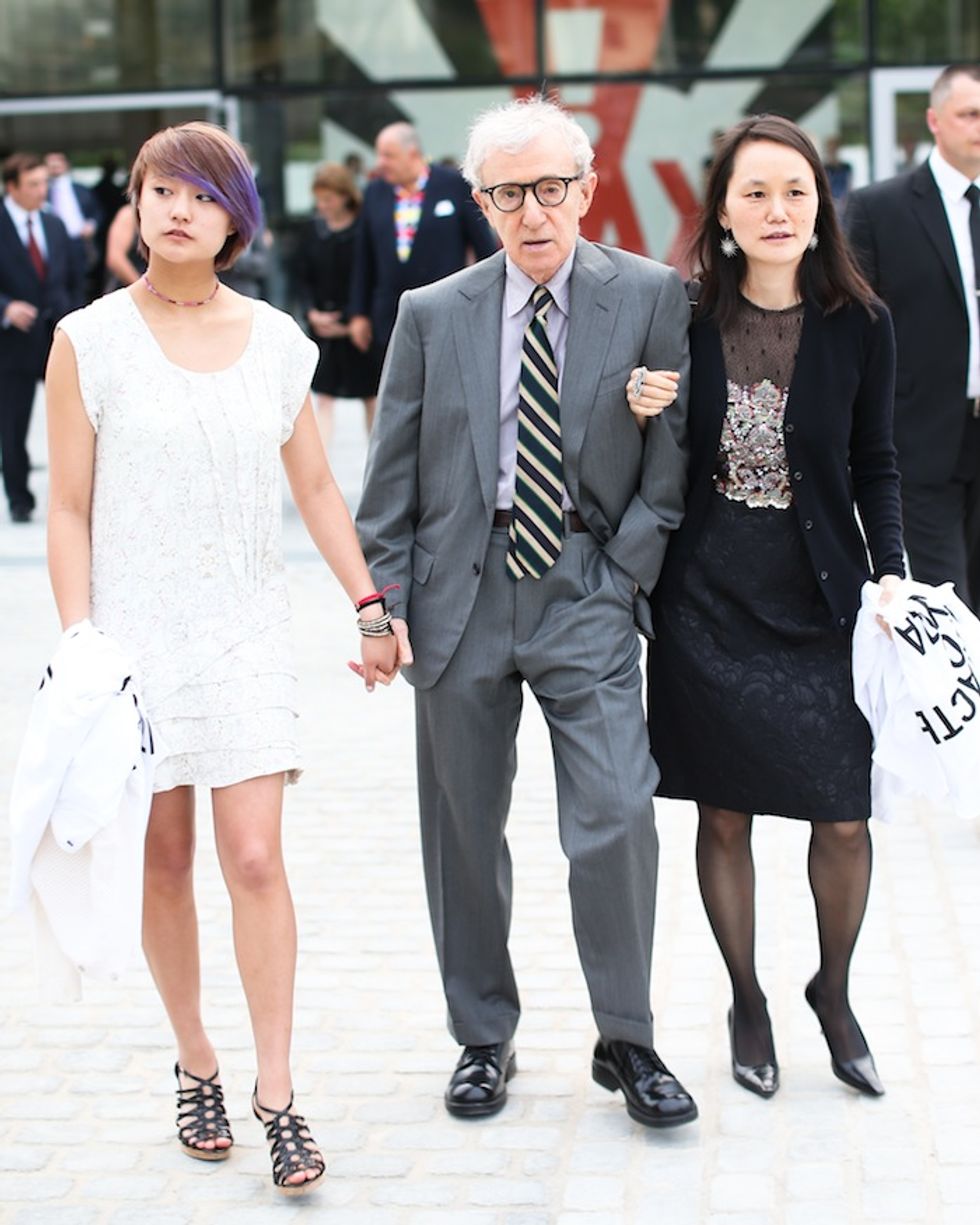 By Sandra Song and Eric Thurm
PAPERMAG
Recent writings about Drake's attitude toward friend Nicki Minaj during his beef with Meek Mill -- and the not-so-subtle misogyny surrounding his "I'm a nice guy" branding -- has helped clarify the exact nature of the "beta bro." The word "beta" was long attached to an archetype of non-aggressive, conflict-adverse males who weren't pillars of, shall we say, traditional masculinity. However, as (now-Paper managing editor) Michael Tedder's excellent Pitchfork essay on indie rock "nice guys" points out, trying too hard not to be alpha can turn inward and lead to something just as dangerous.
Just because a dude doesn't engage in overt abuses of power doesn't mean they don't want to -- they just might not have had the opportunity. Often, once these men have accumulated some semblance of power and freedom to do as they please, they act on it -- in what are arguably more exploitative ways than the alpha male, all while hiding behind their seemingly earned "nice guy faÃ§ade." Consider Robin Thicke's Paula album, which is pretty much 50 straight minutes of performative guilt as Thicke repeatedly, publicly, begs his ex-wife to take him back. Or Mark Zuckerberg as he's presented in The Social Network, where he invents Facebook after being dumped by a woman. (See also: every Weezer album ever.)
Rather than simply being a straight-up bro who puts his own needs first, the beta bro first shows his sensitive side (or pretends to) -- think early, "soft" Drake. For a long time, Drake's whole appeal was about how invested he was in your emotional health. "I'll be there for you, I will care for you," he raps on the title track of Take Care. But that also hid a lot both spurned bravado and deep, primal, disgusting horniness ("thirst") -- all just waiting to erupt. The future Sprite salesman jump-started his career by rapping "I think I'm addicted to naked pictures / and sitting talkin' bout bitches that we almost had" -- or, as Meaghan Garvey puts it in a hilarious and venomous piece at Pitchfork, "Obey your thirst" is basically the subtext of "Marvin's Room," anyway."
Selfish, incessantly rationalizing, and annoying to the point where simple obnoxiousness threatens to mask a real problem, the beta bro is perhaps an overreaction to (deeply justified) disdain for "alpha" types. Over time, hopefully everyone will chill out and learn to be themselves. Until then, the recent re-emergence of the category has allowed us to look back at history and realize... wow, that dude was totally a beta bro. Here is our Beta Bro Hall of Shame:
Dante Alighieri

I dunno guys, I like The Divine Comedy as much as the next person who had to read it in college but remember that he met Beatrice -- the woman he supposedly loved, and who serves as his divine benefactor throughout his supernatural travels -- when he was nine years-old, and decided, for no real reason, to love her for ever and ever. Some sources claim he only met her one other time, in passing, before her death. (The above painting depicts that encounter, and look how creepy he is!) And he still wrote all this poetry with her as the partial inspiration. Chill, bro.

Perhaps the saddest of our Founding Fathers (behind generally insane, awesome historical figure Aaron Burr), the namesake of gerrymandering had kind of a rough time of it. He ran for governor in Massachusetts a bunch of times, finally won -- and then had to be the guy who allowed partisan redistricting to become a perpetual cold sore on the mouth of democracy. (He didn't like it, but he did sign it.) Also, after he finally got to finish being governor, he asked James Madison for a job (and became vice president, the most beta of government positions) because he didn't have a lot of money. Woof.

Like many of the most important thinkers of the Western canon, Kierkegaard was terrible at life. Deeply in love with Regine Olsen, Kierkegaard proposed marriage to her -- so far, so good -- but then broke off the engagement because of his "melancholy" or something, and made a huge deal out of the fact that he had denied himself a shot at happiness so he could write more philosophy.

Kierkegaard became a source of gossip in his native Copenhagen, where people claimed he had seduced Olsen and abandoned her. And while that wasn't quite what happened, he did eventually write an entire semi-fictionalized work of philosophy about the incident. He was something much worse than a wantonly cruel rake... an overly sensitive lame.

photo by John Salangsang/BFA
Ed Sheeran
Probably the most painful example of the martyr-meets-white knight complex, Ed Sheeran fits the archetype of the beta bro who lurks in the shadows till it is "his time to shine"; something he made way too obvious on the extremely bitter "The Man" where he raps, "Now I don't wanna hate you/ Just wish you'd never gone for the man/ And waited two weeks at least/ Before you let him take you/ I stayed true, I kind of knew." Hey, Calvin Harris, watch out.
photo by David X Prutting/BFA
Woody Allen
The king of quirky beta male comedies, Woody Allen made his own long-fraught fantasy come true by waiting for his current wife Soon-Yi Previn to turn legal after years and years of dating her adopted mother, Mia Farrow. Guess he thought he deserved the latest goods?