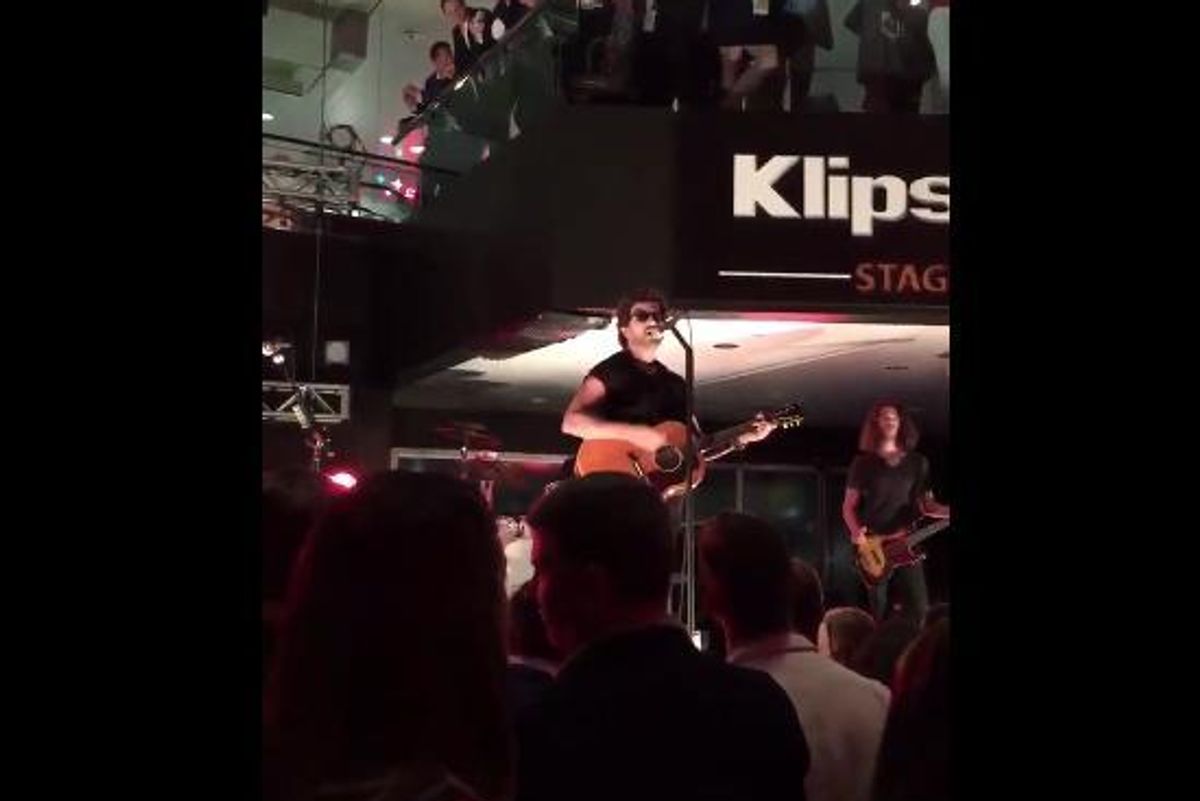 UPDATE: Third Eye Blind has released a statement about their already-iconic RNC troll appearance, clarifying some misconceptions about why they were there in the first place:

Late 90s heroes Third Eye Blind were conjured to the Republican National Convention in Cleveland last night for a concert.

Unfortunately for the hateful, bigoted conservatives hoping to enjoy some seriously tyyyt nostalgia, the band, led by frontman/alt babe of babes Stephan Jenkins, used their platform to make speeches for LGBT rights, climate change awareness, and play random, new songs that no one gives a fuck about.

Jenkins praised his gay family members, and called for national acceptance and tolerance of the LGBT community--especially now, post-Orlando.


His words were met by a few cheers, and mostly boos, naturally!

Jenkins embraced the jeering, and only let it fuel him even more.

Jenkins also pressed the crowd about their awareness of climate change issues:

They ended the day with this wonderful zing:

Let's listen to this song on loop all day: