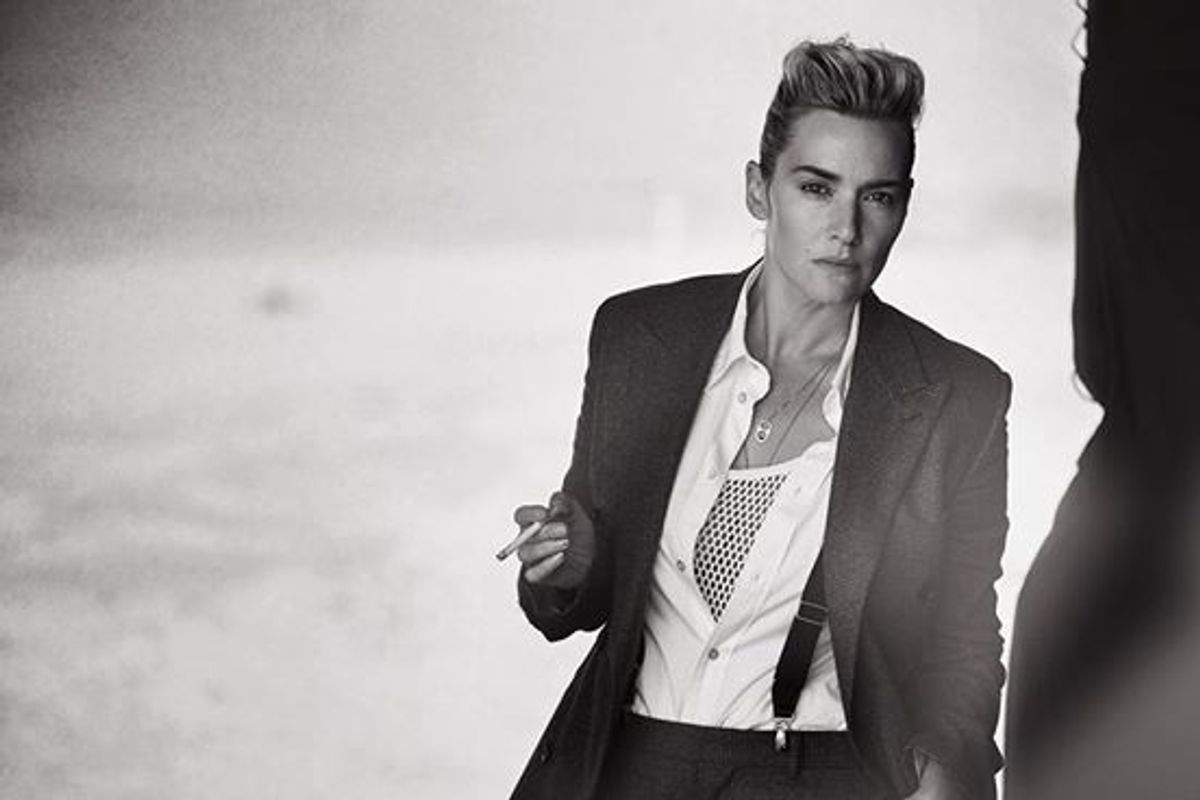 
Kate Winslet is L'Uomo Vogue's cover star for its "SUCCESSFUL PEOPLE" issue, and her photo shoot is (not surprisingly) nothing short of spectacular.

Looking androg-chic, Winslet and her slicked back pompadour own the Italian men's magazine, tugging at her collar and serving "You have no business looking at me" glares; her outfits were courtesy of Armani, Ferragamo, Paul Smith, DSquared, and Hermès.


The shoot was helmed by the legendary Peter Lindbergh, who's been responsible for some other classic Kate snaps.

Winslet, who was recently tapped as the face of Lancôme, made headlines after insuring a "no retouch" clause in her cosmetic contract.


Speaking to E! News at the Elle Women in Hollywood event last month, Kate the Great said, ""It does feel important to me, because I do think we have a responsibility to the younger generation of women."

She added, "I think [young women] do look to magazines. I think they do look to women who have been successful in their chosen careers and they want people to look up to, and I would always want to be telling the truth about who I am to that generation because they've got to have strong leaders. We're all responsible for raising strong young women, so these are things that are important to me."


Fortunately for Ms. Winslet, she doesn't need any airbrushing as it is.

Watch the video of the goosebumps-inducing shoot below.