These Innocent-Looking Cows Were Once in Jail!

Our food editor Julie Besonen just got back from Finland, and, below, she shares her encounters there with a rare breed of kyyttÃ¶ cows and the people keeping them from going extinct.

My friend Sally and I went cuckoo for these rare kyyttÃ¶ cows on a recent trip to Finland, where we learned their saga. Twenty years ago the breed was almost extinct. The only reason they've survived is because a few of them were cut off from society while living on the Sukeva Prison farm, raised by Finnish convicts. The cows we met were friendly and sociable -- and tasty! (I'll get to that later) -- but over the years Finnish farmers had rejected them to raise bigger, meatier breeds from England, Europe and the U.S.

Cue performance artist, sculptor and hero, Miina Ã kkijyrkkÃ¤, who became obsessed with saving the cows. My friend Sally took this picture of Miina whom we met at an art gallery in Helsinki.

In the 1980's, Miina created a scandal, and almost got jailed herself, by herding the few remaining indigenous cows through downtown Helsinki as a way of publicizing their plight. She also started making big, crazy cow sculptures, which you can check out here on her website.

At the organic Bovik Farm in Southern Finland, near the town of Snappertuna (how great a name is that?), we had the privilege of meeting the cows. Farmers Ãlle and Sebastian Nurmi have done their part to help them multiply, buying eight of them five years ago. Now they've got 67. There are still only about 500 kyyttÃ¶ cows in existence.

Sebastian's own story is like an episode of "Green Acres." He's a city guy, a fashion photographer and a rock musician, who knew nothing about farming when he bought the land. In addition to the cows, he's accumulated 800 Finnish heritage sheep, shearing them twice a year for their fine wool. They're not nearly as friendly as the cows, wandering off as soon as he's done feeding them.

But Sebastian Nurmi isn't breeding the cows for charity. He's got to make a living off the land. The meat from kyyttÃ¶ cows has become highly prized in Finland, where there's a movement to serve more local products in restaurants. Since the cows roam freely, eating a diet of fresh herbs and grass, their meat is naturally marinated and incredibly flavorful. KyyttÃ¶ milk also results in amazing cheese.

If you're visiting Helsinki and can't manage a visit to Bovik Farm, you can now order the beef at top restaurants like Nokka, Juuri and Savoy. The meat is also sold at a hip new food shop in Helsinki called Maatilatori, dedicated to promoting Finnish products. The irony is that if these cows aren't eaten they could die out. They may be small but they're still too big for pets. 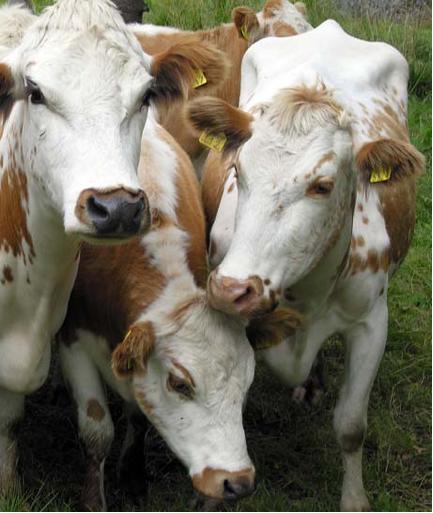 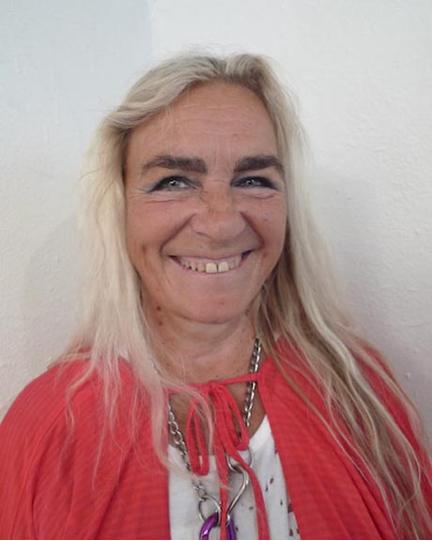 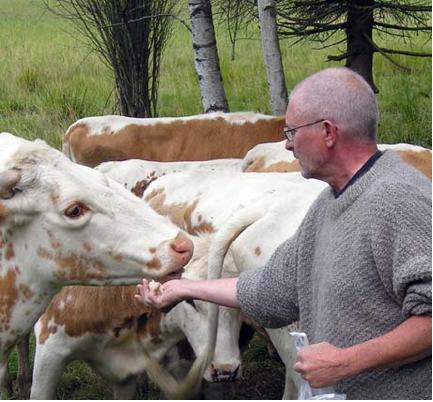 Previous Next
Sebastian Nurmi feeding a cow. Nurmi often sings to the cows and strokes them, and they stay close to him even when they're not being fed. 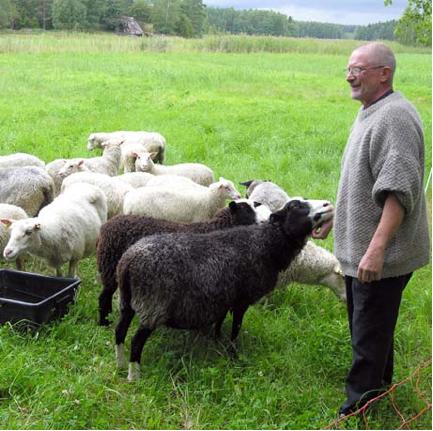 Previous Next
Nurmi and his sheep 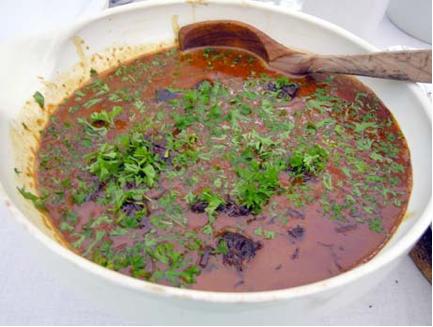