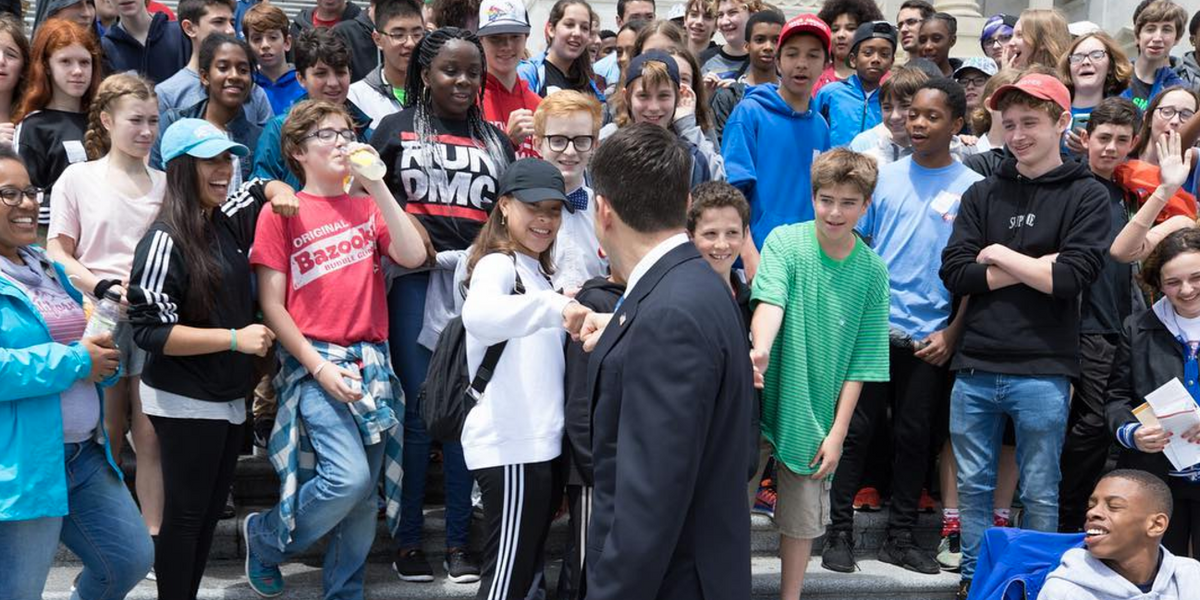 When Matthew Malespina's eighth grade class took a field trip to the Capitol, he told his teacher in no uncertain terms that he would not be involved in the scheduled photo op with Speaker of the House Paul Ryan.

"It's not just a picture," Matthew told WABC TV, "It's being associated with a person who puts his party before his country."

About half of Matthew's class, around 100 kids, joined him in sitting out from the photo, though no one told Ryan, who still posted a photo from the day on social media. Womp womp.