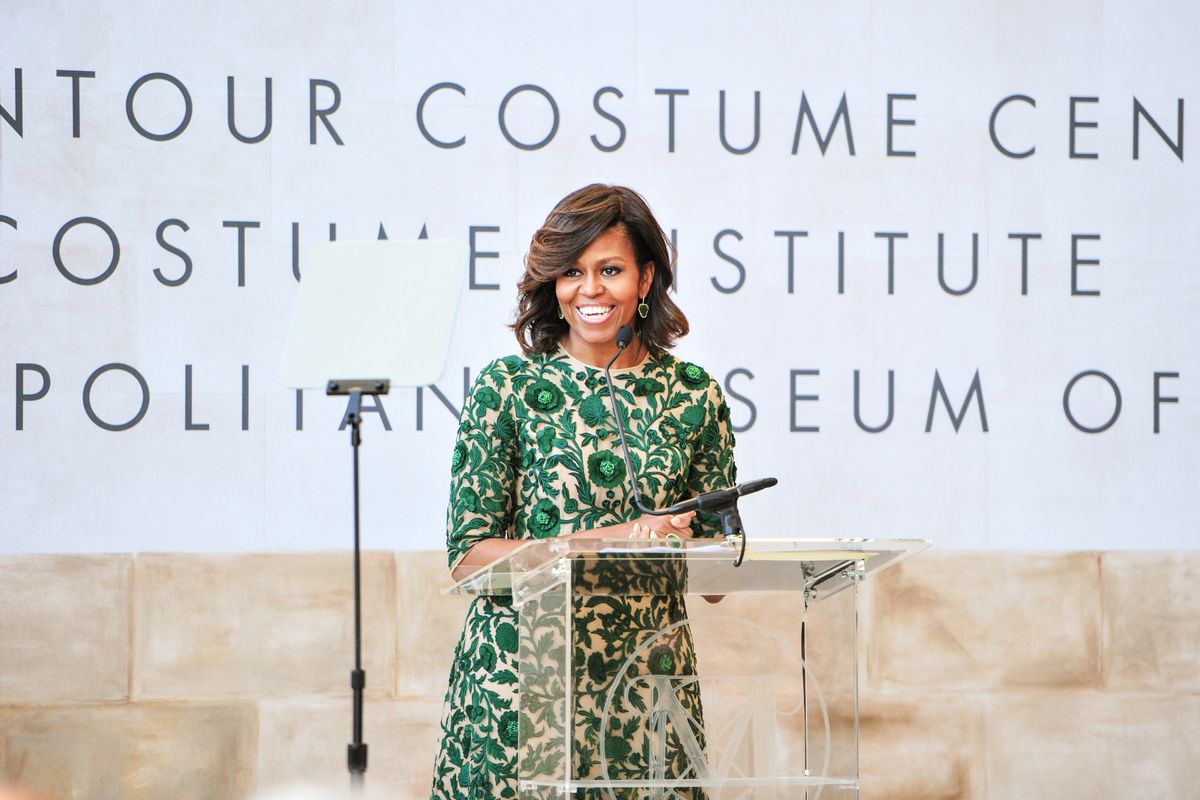 On July 4th, activist Therese Patricia Okoumou climbed and sat at the base of the Statue of Liberty, 100 feet off the ground to protest the Trump Administration's treatment of children at the U.S.-Mexico border. She stayed there for more than three hours until police climbed up the base to bring her down. She was arrested and appeared in court yesterday, where she pleaded not guilty of trespassing, disorderly conduct, and interfering with government agency functions, Jezebel reports.

Before climbing the statue, Okoumou participated in another protest with the group Rise and Resist in which they hung a banner from the Statue of Liberty that said "Abolish I.C.E."

In a press conference held outside the court, Okoumou spoke about her protest, which she said she hadn't planned beforehand. She referenced Michelle Obama's 2016 Democratic Convention Speech, saying to crowd applause, "Michelle Obama, our beloved First Lady that I care so much about says, 'When they go low, we go high.' and I went as high as I could."

Okoumou, who immigrated to the U.S. in 1994 from the Republic of Congo, urged the Trump Administration to stop separating families and to end their "Zero Tolerance" policy. She also said, "Trump has ripped this country apart. It is depressing. It is outrageous. His draconian zero-tolerance policy on immigration has to go."

When asked if she would climb the statue again, she first said yes she would, as long as children were being held in cages, though she changed her answer to no, saying that the judge told her not to.