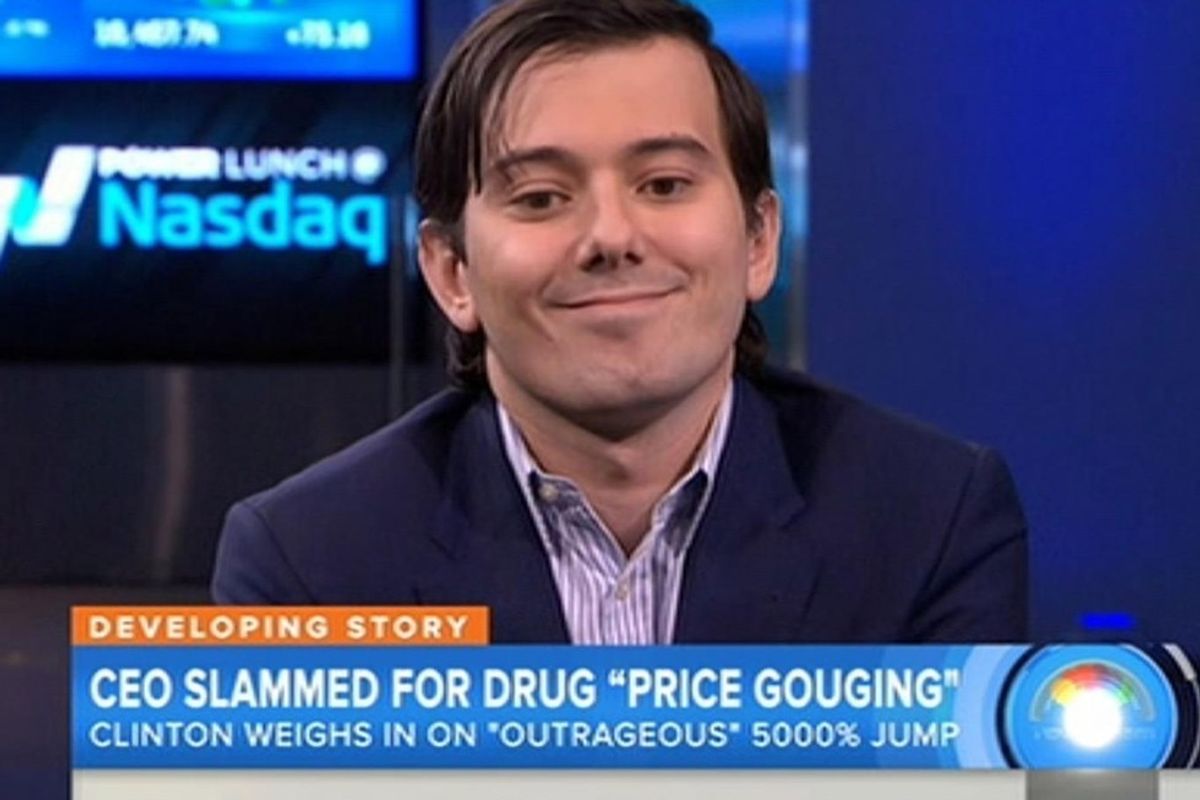 Troll extraordinaire/one of PAPER's Worst Straight Men of 2015 title, Martin Shkreli, can now add muse to his lambasted legacy, as his little Wu-Tang incident from last year has apparently inspired a musical.

Remember when he bought that super special, one-of-a-kind copy of Wu-Tang Clan's Once Upon a Time in Shaolin for a cool $2 million? With money he earned from price-gouging an AIDS/cancer medication? And when the Internet started that bizarre rumor about there being a clause in the contract that allowed for Wu-Tang and/or Bill Murray to "heist or caper" back the album? Well, as FACT noticed, theater producers Lauren Gundrum and Joel Esher are currently crafting a musical based on that premise, and raising the funds for the aptly-titled Martin Shkreli's Game via IndieGogo. Even better? It's actually happening, as it already has a spot at the Midtown International Film Festival and is currently casting actors.

Watch the trailer below...and help support the arts while you're at it.