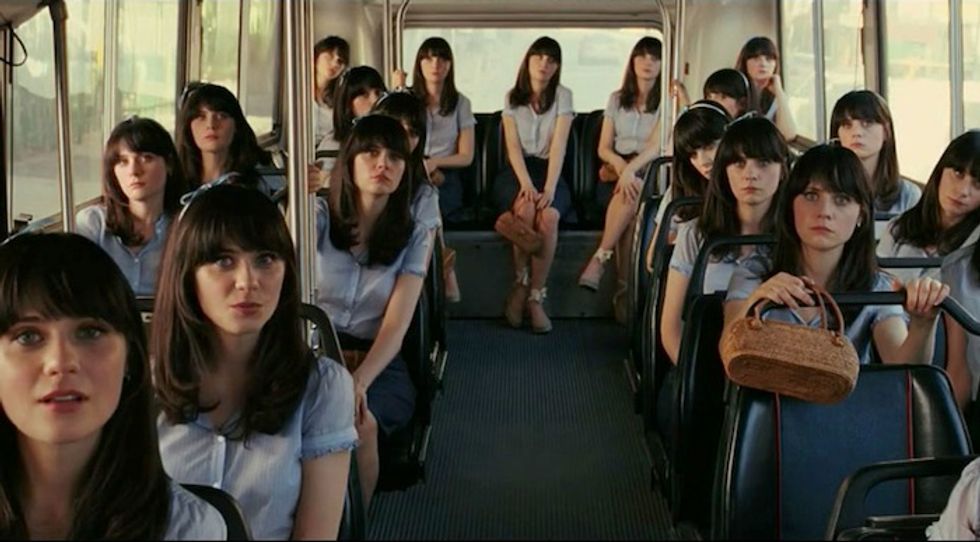 By Sandra Song
PAPERMAG
We all know that Hollywood is lacking in diversity, but a new Tumblr called Every Single Word aims to visualize how dire the situation actually is.
Run by Hispanic actor/director Dylan Marron, the blog features edits of big name movies that only include moments where people of color speak -- and the results are (un)surprising in their brevity.
An effort to question why the majority of movies are dominated by the narratives of white protagonists, Every Single Word lets no one off the hook, as everyone from big blockbusters to quirky indie comedies are guilty of white-washing their casts. And as Marron noted, all too often Hollywood's default casting is white -- a fact that's exemplified by his edit of The Fault in Our Stars, which only has one POC character despite race never being mentioned in the book it's based on. After all, I think we can all agree that white people aren't the only ones who fall in love and get cancer.
Also particularly poignant is the American Hustle clip, which exemplifies a lot of what is wrong with the portrayal race in Hollywood. Because not only is there a less than a minute of POC dialogue, the entire "Paco Hernandez" plotline is premised on the idea that he can pass as an Saudi shiekh...because all brown people are apparently interchangeable and look alike?

Either way, when you take into consideration the fact that movies are (at least) an hour-and-a-half long, it's extra depressing that some of your favorite movies based on universal themes of love, loss, family, friendship, etc. are only ever told from the perspective of people who don't look like you. Struggles, after all, happen to everyone and happy endings are something people of all shades deserve.
Plus, I'm sure Whoopi agrees.
[h/t Buzzfeed]
You May Also Like
Fashion