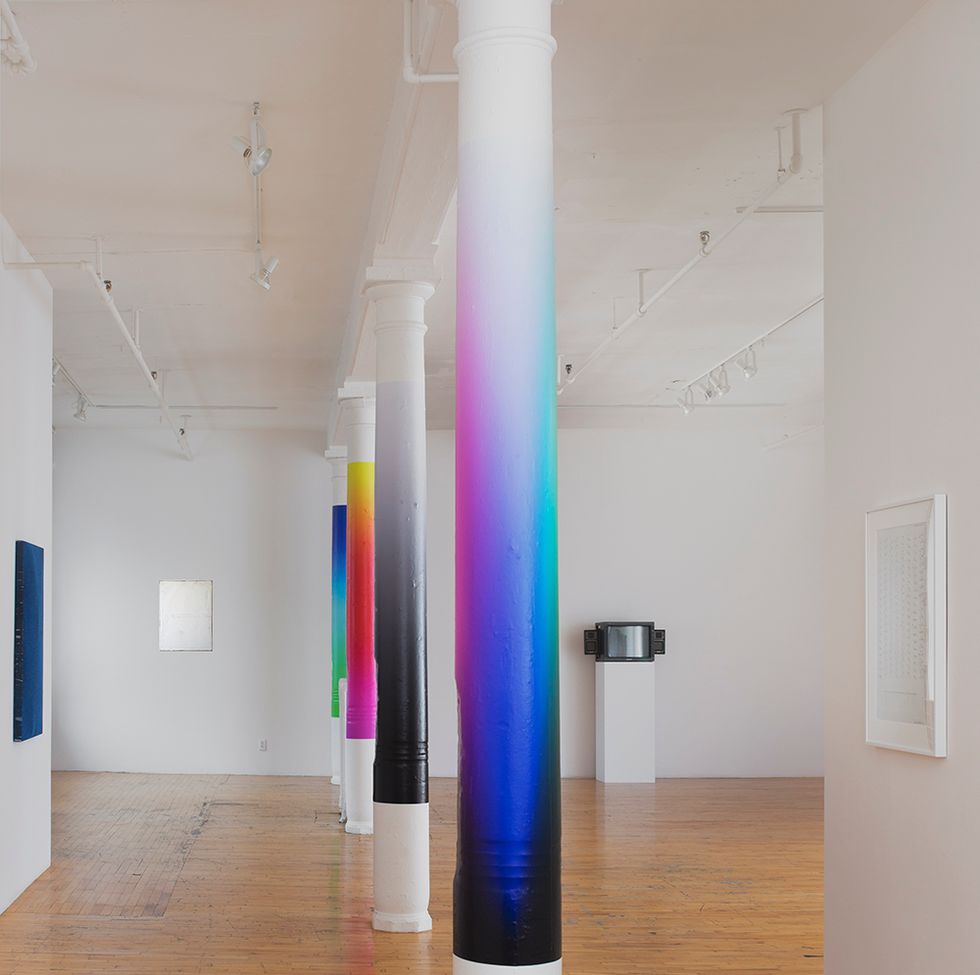 by Kate Messinger
PAPERMAG
Tamuna Sirbiladze's Pomegranate and L Vase at Half Gallery
August in New York can feel barren and dry with nothing but tumbleweeds (or tumble-weaves) blowing through. But luckily this week, in the throes of what is usually a dead, dry month in the art world, three shows swept us off our feet, quenching our thirst for good art.

Uptown at Half Gallery, a breezy townhouse-turned-gallery set back in a overgrown alleyway, Tamuna Sirbiladze's first solo show felt like a transportation back in time to a mid-century Vienna. Large figurative oil slick paintings on unstretched canvas hung loosely next to the house's ornate crown moulding, on walls that have been painted deep green by the artist in a similar gestural style as her work. Sirbiladze, who was married to the late Viennese artist Franz West, paints pomegranates, sailboats or "Picasso's Pigeon" with an unconstrained energy that trickled its way into the vibes of the opening itself.

Figure 8 at Clifton Benevento
On the other side of town and a jump into the contemporary, eight artists showed eight pieces  in Figure 8, a group show curated by Silke Lindner at Clifton Benevento gallery. Exploring the ability of materials to translate language, the works ranged in substance and form -- from a canvas sent through the mail by Karin Sanders, to Joshua Citarella's color-gradient columns made using a Photoshop program assigning color to specific architecture, to a video by Siebren Versteeg that live streams random Google images on an boxy old television. The collection of works are a look into a future of image making where the technology or methods are masked by the artwork's surface aesthetics, like a Western filmed in an LA studio.

After the credits rolled we emerged into a cooler evening, jittery from the sudden plot twist of culture in an otherwise artless August.
Famous People