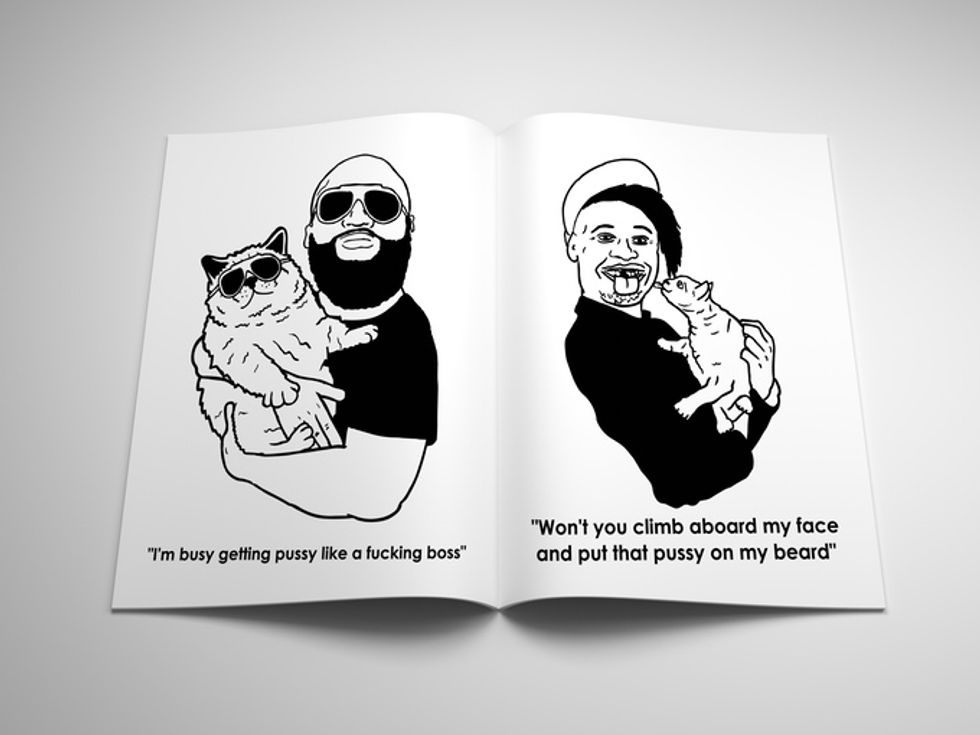 by Eric Thurm
PAPERMAG
Combining rappers with adorable art is a tried and true way to make a good product (especially if Bun B's Rap Coloring Book has anything to say about it), but never before have art and rappers been added to one of the internet's favorite subjects: cats. Now there's a Kickstarter for a zine depicting the relationships of rappers and their cats (mostly because of how often rappers refer to their love of pussy). We'll let founder Alexander Duke explain:

In the history of western civilization no other genre of music has created such a magnitude of lyrical content about cats. From Kanye West stating "I put the pussy in the sarcophagus" on his "My Beautiful Dark Twisted" album. A reference to how he shares a love and respect for cats much like ancient Egyptians who would mummify their cats to be buried with them. To the more simplistic lyrics such as Eazy E proclaiming "I love pussy and pussy loves me." This zine is a celebration of rappers and their love of cats.

There's a ridiculously low goal, and unbelievably amazing rewards (including the zine and possible stickers) for yourself, your loved ones, and any Kanye lovers in your life. Do the right thing, donate today.