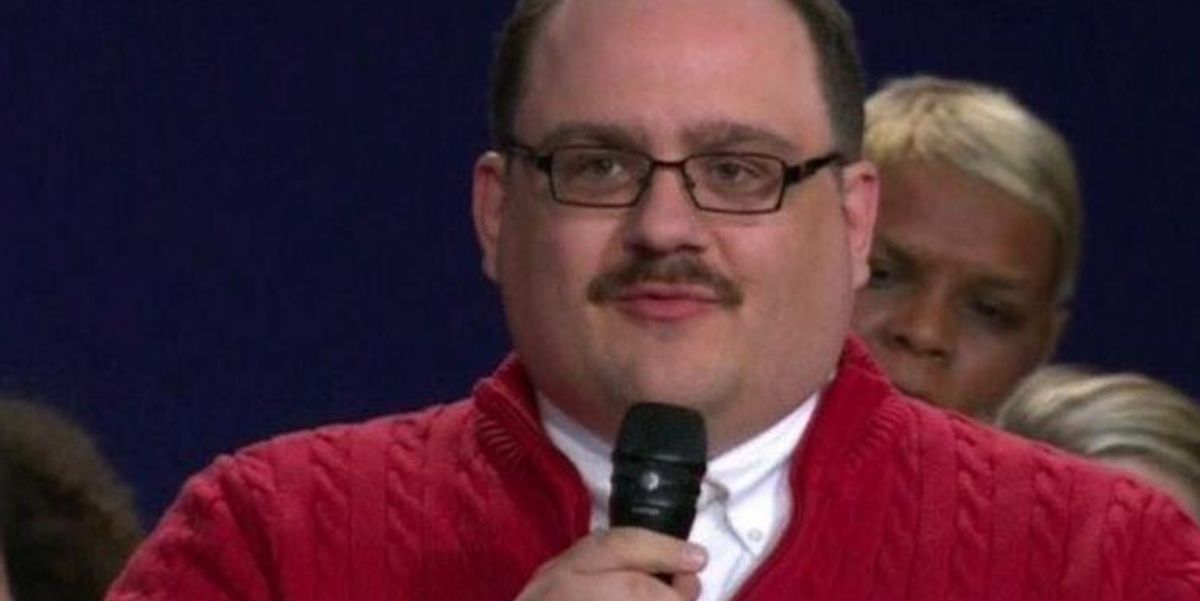 There Is Now A "Sexy Ken Bone" Costume

Turns out costume retailer Yandy is capitalizing on the timely confluence that is Halloween and this circus of an election with a look inspired by none other than second Presidential debate sweetheart, Ken Bone. But sexy.

"It was clear before the debate had even ended who the real star was that night," Chad Horstman, founder and CEO of Yandy, wrote in a statement. "The Ken Bone phenomenon has only picked up speed since, and we knew right away that a sexy costume version would be in huge demand this Halloween season." And, unfortunately, it looks like he was right, seeing as how it's already sold out.

After all, if there's one thing worse than the proliferation of gendered "sexy" costumes, it's selling a stick-on stache/red crop top combination to women for $99.95 -- which, to be clear, is $100 more than this costume is worth.