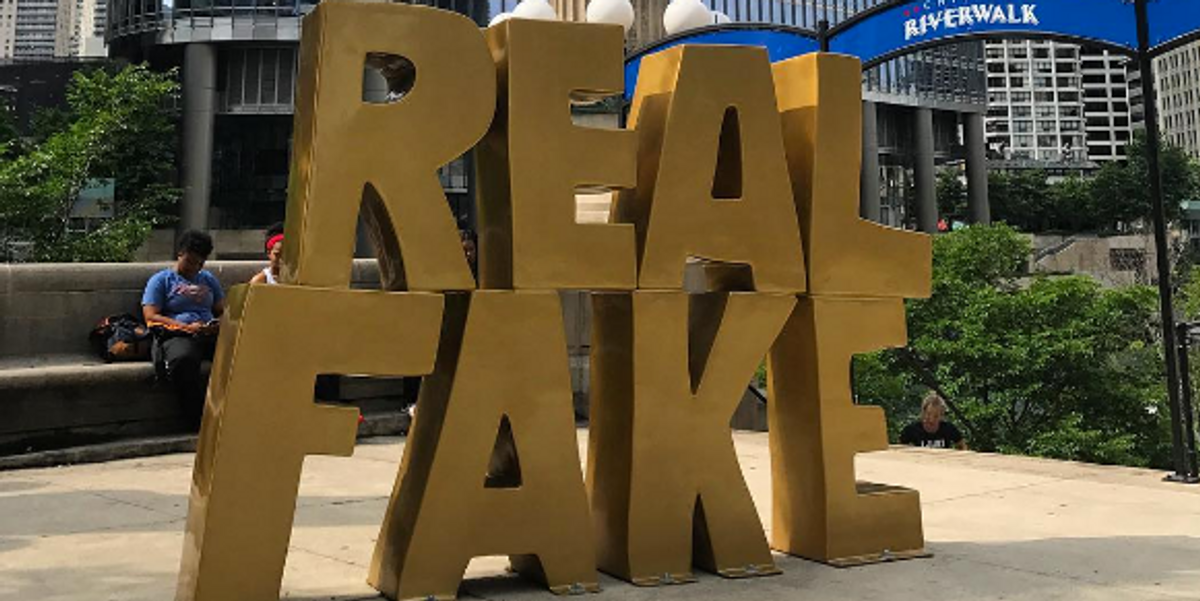 There is Now a Gold, Gleaming 'Real Fake' Statue Outside Chicago's Trump Tower

In light of recent (or all) events during Trump's reign — throughout which he has cried "fake" wolf so many times that we're all of the mind to deem whatever he claims fake as 100 percent accurate — all signs are pointing to America being so very done with this whole mess.

The latest from the Trump office when it comes to authenticity, is the fact the giant orange buffoon hangs fake TIME coverscovers with his face on them in his golf clubs. In general his concept of reality appears tenuous at best, which is no doubt what inspired Chicago Department of Cultural Affairs and Special Events to install artist Scott Reeder's 2013 stature 'Real Fake' outside the local Trump Tower.

The piece is part of Chicago's $1.5 million initiative to exhibit art in public spaces along the Riverwalk. 'Real Fake's placement in particular, however, is likely to be viewed as nothing other than protester art, especially considering it has already proved a large attraction, with locals and tourists alike flocking to pose next to/mock the president with the statue.