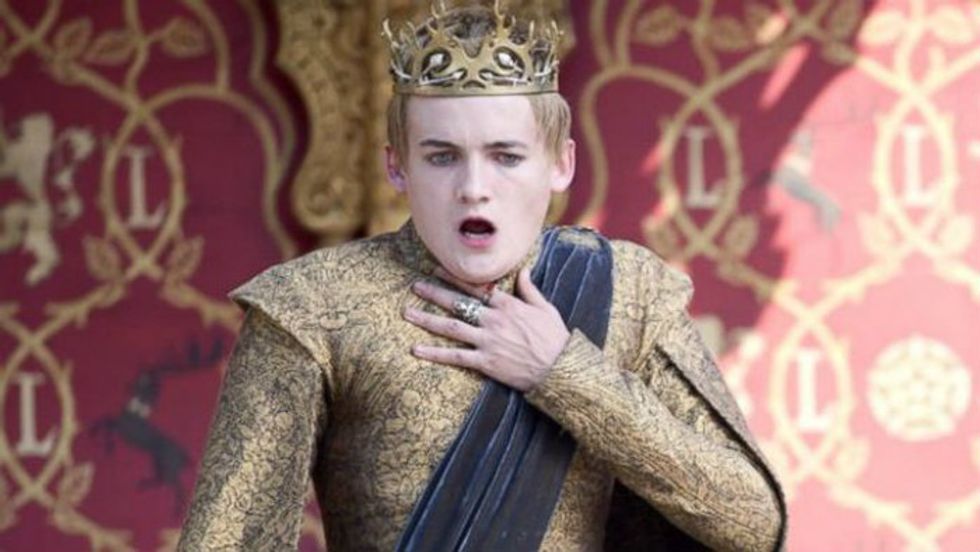 by Eric Thurm
PAPERMAG
On Sunday's season finale of Game of Thrones, some stuff that tends to happen on Game of Thrones happened. (For more, turn to our expert coverage of Game of Thrones coverage.) Perhaps the Thrones-iest of those things was (spoiler warning for humans who have somehow avoided the internet) the apparent death of Jon Snow, knower of nothing, in a Night's Watch mutiny. Stabbed repeatedly and left for dead, the conclusion of the episode sparked an unbelievable amount of speculation -- is Jon dead forever? That's totally a thing Game of Thrones would do, right? But the magic red lady showed up, she can resurrect him! And George R.R. Martin wouldn't kill Jon Snow, right? (Almost certainly not.)

Still, people were very upset about the death of a fictional character who was not named Joyce Summers. Brokelyn reports that someone made a memorial for Jon Snow in Williamsburg and left it at the corner of 7th and Bedford.

In honor of Jon Snow and the realm I decided it was fitting to pay homage to the Lord Commander, the Old Gods, and House Stark of Winterfell by creating a street memorial in his honour in Williamsburg. You know EVERYTHING Jon Snow. #GameOfThrones #GoT #Westeros #Brooklyn #NYC #Ghost #HBO #AllMenMustDie