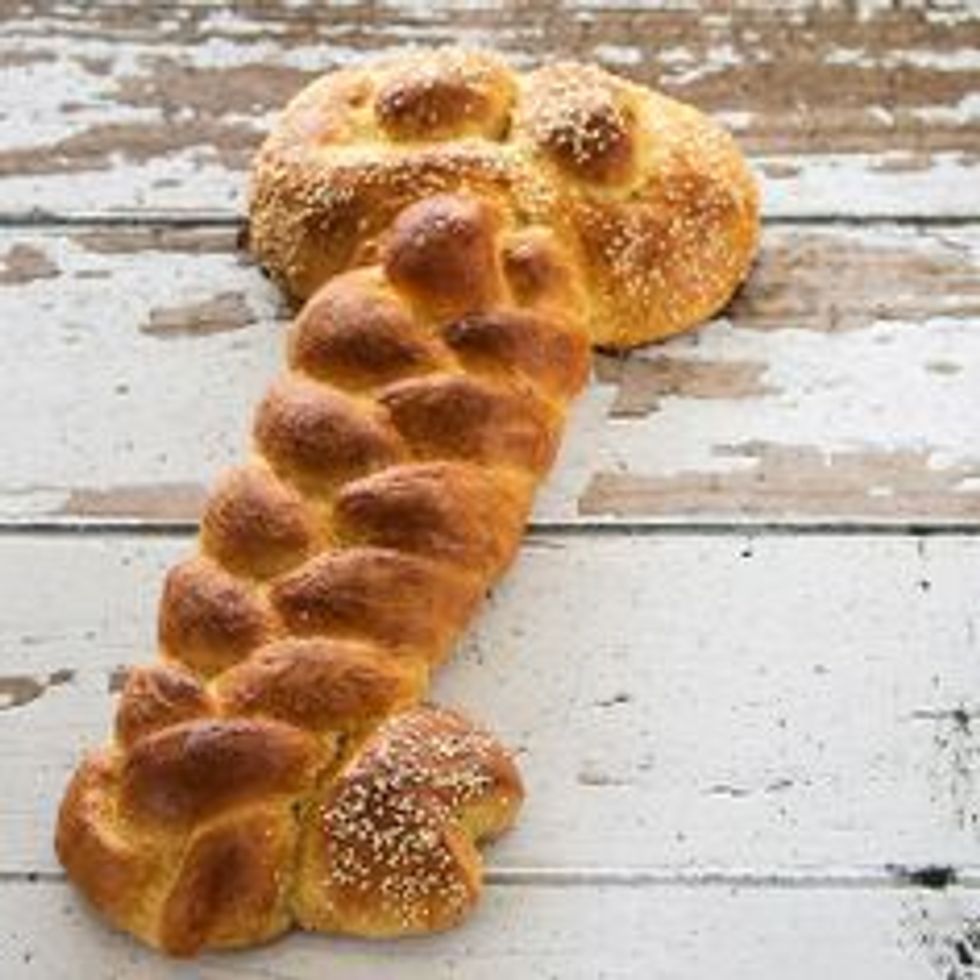 There are Vagina Yarmulkes Now

Hippie Judaism is no stranger to anyone who has ever been around the right parts of Los Angeles or New York (or seen a single episode of Transparent, which if all is right in the world should launch the caftan back into its rightful place of talit-adjacent dominance). Now, someone on Etsy (naturally) has taken that to its logical conclusion, with a fresh line of vagina yarmulkes depicting birth in chronological/physiological order, over the crown of the head. (Thanks for catching them, Heeb Magazine!)

(via BeanSproutLadyJew on Etsy)
Seller Zoe Jordan describes the kippot as:

"Ideal for Bat Mitzvahs, Lesbian Weddings, Lady Rabbis, Feminists of the chosen variety, Midwives, Doulas and Renewalists. Also great for any-gendered and any-affiliated folks who appreciate a cheeky traditional-non-traditional way to acknowledge and REMEMBER WHERE YOU CAME FROM :) It's kind of like a high-five and a wink at your creator."

This could go well (or maybe the opposite of well) with other recently conceived Jewish sexual products, which target a more observant audience. What religious object will next become irrevocably intertwined with genitalia? Will there be penis-shaped Tefillin? Yads? Or... oh no...

(via foodgawker.com)
Good Shabbos, everyone! (And it's not even Friday.)