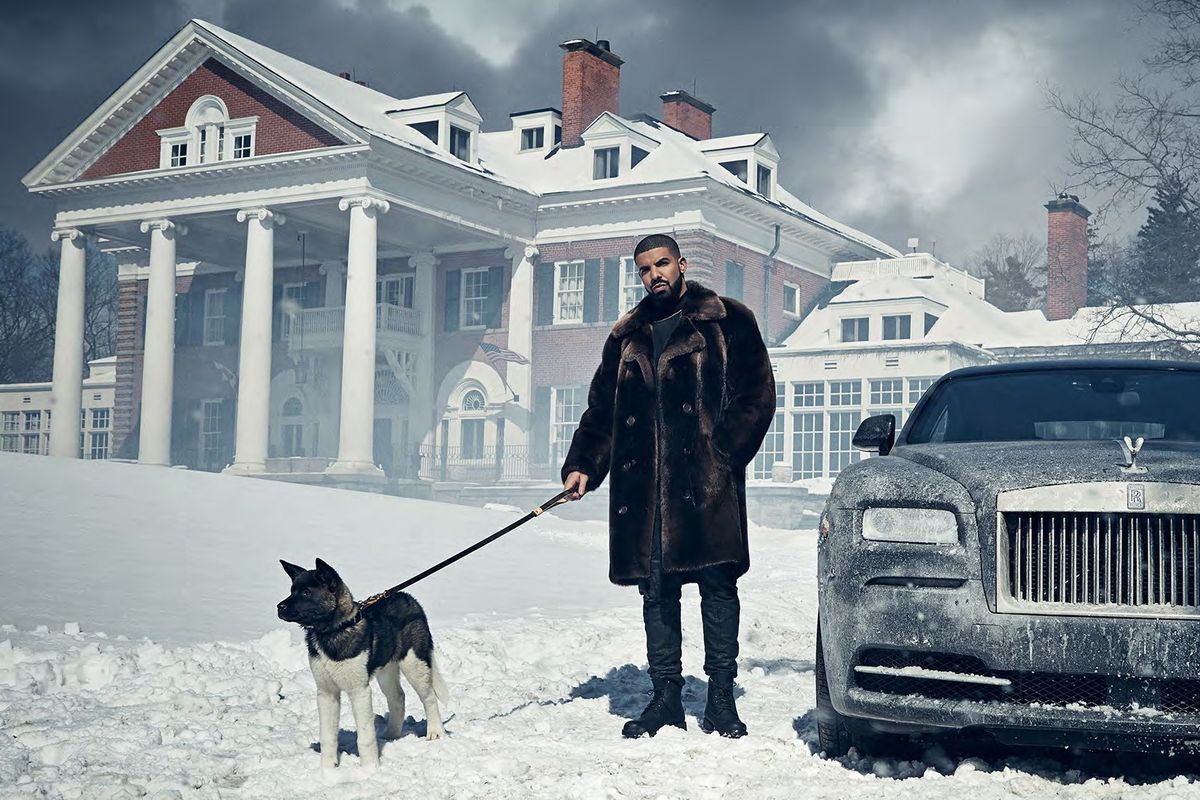 The Women Drake Could Be Fighting With At Cheesecake Factory

Along with Drake's VIEWS, the Canadian rapper dropped a line shouting out everyone's favorite chain restaurant, The Cheesecake Factory. In fact, not only does he give the U.S. chain an endorsement, but he cites it as a place where he's gotten into a fight with someone—most likely one of his many lady friends. We're pretty sure Drake's line, "Why you gotta fight with me at Cheesecake? You know I love to go there" will be engraved on all Cheesecake Factories in the near future. But the line on his track "Child's Play" makes us think: which of the many ladies in his life could he have been fighting with?

See below for our best guesses

Remember when Serena Williams and Drake had a fling in 2015? Well, they could have gone to the Cheesecake Factory during training season. Maybe she was pissed because she wanted that avocado eggroll, but it was time to diet. Who knows.

Drake once dated everyone's favorite supermodel Tyra Banks. Well, they went on one date, but it was to Disneyland, and they disguised themselves. They could have easily snuck off to the best chain restaurant ever, Cheesecake Factory, and he could have made her late to the next taping of America's Next Top Model. And no one wants to see Tyra angry.

Andrea Lewis (aka Hazel from Degrassi)

If you religiously watched Degrassi, you'll know that Jimmy (Drake) and Hazel (Andrea) had quite the relationship. In real life, the duo took a photo of them hanging out a few months back. Apparently they're still friends...or were. Maybe they were reenacting their relationship at a Cheesecake Factory and this made the album cut.

Drake and Rashida Jones were seen getting cozy at Sundance back in 2012. While their reps remained that they were just friends, anything is still possible. In fact, since Jones owns it when it comes to comedy, she could have gotten into a fight with Drake over one of his cheesy jokes or song lyrics over a big bowl of Cheesecake Factory pasta.

This photo surfaced a few weeks back of Hailey Baldwin and Kendall Jenner kissing Drake's cheek. Jenner was rumored to have been dating Drake, but Baldwin could have found out at Cheesecake Factory where they all went after their hang. The result: a Cheesecake Factory brawl.

In 2012, Drake and Rita Ora were seen making out backstage at a show. Like everyone Drake makes out with, Ora apparently is in the friend zone. Perhaps one of them wanted to make out more and it caused a tiff. We'd understand.

Back in 2013, Drake and Zoë Kravitz were spotted making out at a Beyoncé‎ concert. They've said that they're just "good friends," but what if their friendship went sour over a slice of Fresh Banana Cream cheesecake? Minaj can speak to this.

While no one has seen any PDA from Drake and Amber Rose, the duo rang in New Year's Eve together this year. Things could have happened behind closed doors and maybe Drake took her to the Cheesecake Factory the next day, leading her to be offended.

Drake always had a crush on Kat Dennings. The duo went out on one date and she apparently never called him back. If he took her to the Cheesecake Factory on that date, that could be why. He should know that she makes cupcakes as Max on 2 Broke Girls, duh.