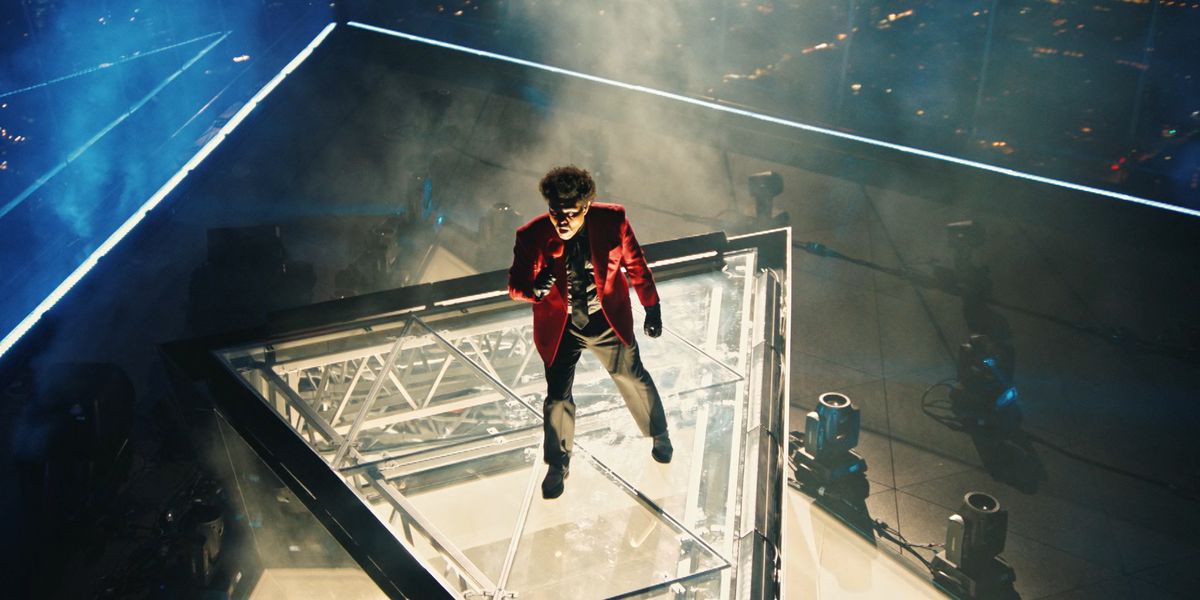 Having kicked off the night with a firework-filled performance of "Blinding Lights" from high above Hudson Yards, The Weeknd took home two VMAs for the After Hours single in the Best R&B and Video of the Year categories. But the artist was far from being in a celebratory mood.

"It's really hard for me to celebrate right now and enjoy this moment," The Weeknd admitted after thanking the video's director, Anton Tammi, and creative director, La Mar Taylor, during his first acceptance speech for Best R&B. "So I'm just going to say Justice for Jacob Blake and Justice for Breonna Taylor."

The Weeknd went on to echo the sentiment later on as he took home the night's top honor, repeating the speech almost verbatim. His words offered a sobering reminder of the very real struggles taking place outside of the simulated VMAs reality, using his platform to bring attention to the police-involved shootings of Blake and Taylor.

It was also a rare political moment in an otherwise relatively tame night set against CGI skylines with canned applause. Given the pre-recorded nature of this year's show, it was unlikely we were going to get any truly unscripted moments like Kanye hopping up on stage or another Britney-Madonna kiss, so credit where credit is due to the Weekend for making his 30 seconds count.