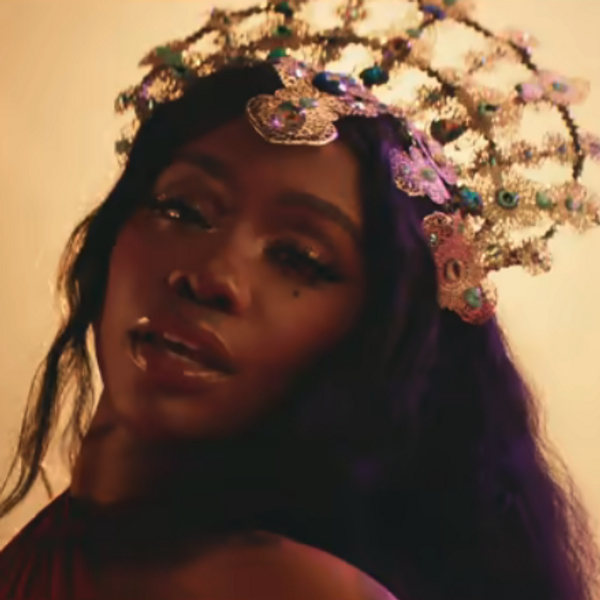 Watch SZA, The Weeknd and Travis Scott Do 'Game of Thrones' Cosplay

SZA, The Weeknd and Travis Scott teamed up for a Game of Thrones original track recently: an icy electro-R&B bop which proposed the philosophical conundrum: "Power is Power." Hard to argue with that statement in the world of Thrones.

For the occasion of the video, all three artists got to do some fun Thrones cosplay: the Weekend is outfitted in furry Northern shrug, Scott in some Lannister-ish chainmail, and SZA wears a slinky Dornish number (possibly something Margaery Tyrell — RIP — would have worn to the club?). The crown she wears is even a little reminiscent of her 2018 iconic Chris Habana Met gala "Heavenly Bodies" tiara... maybe we're getting a little outfit preview?

Honestly, Game of Thrones is hella campy! "Power is Power" included: the video is as pitch-black and melodramatic as your average episode: stark clips of The Weekend trekking through the north, SZA writhing around in a throne room, and Scott swaying on top of a cliff, are spliced with a tear-jerking sizzle reel of show highlights, Viserion turning into an ice dragon, to Jon being revived from the dead.

Each artist gets their moment on the throne, and each has... different ruling styles! SZA gets the prize for the most acrobatic ruler; The Weekend is the most pensive; Scott is definitely the most fun: he literally takes a puff from a joint, filling the throne room with smoke (big Robert Baratheon energy).

Watch and get excited for the last two installations of Thrones before we have to go back to our miserable, dragonless lives forever.

"Power is Power" is a single off the star-studded Game of Thrones compilation album, For the Throne (Music Inspired by the HBO Series Game of Thrones), which also includes features from The Lumineers, Rosalía, The National, Maren Morris, Ellie Goulding, Lil Pee, Mumford & Songs, A$AP Rocky and Joey Badass.