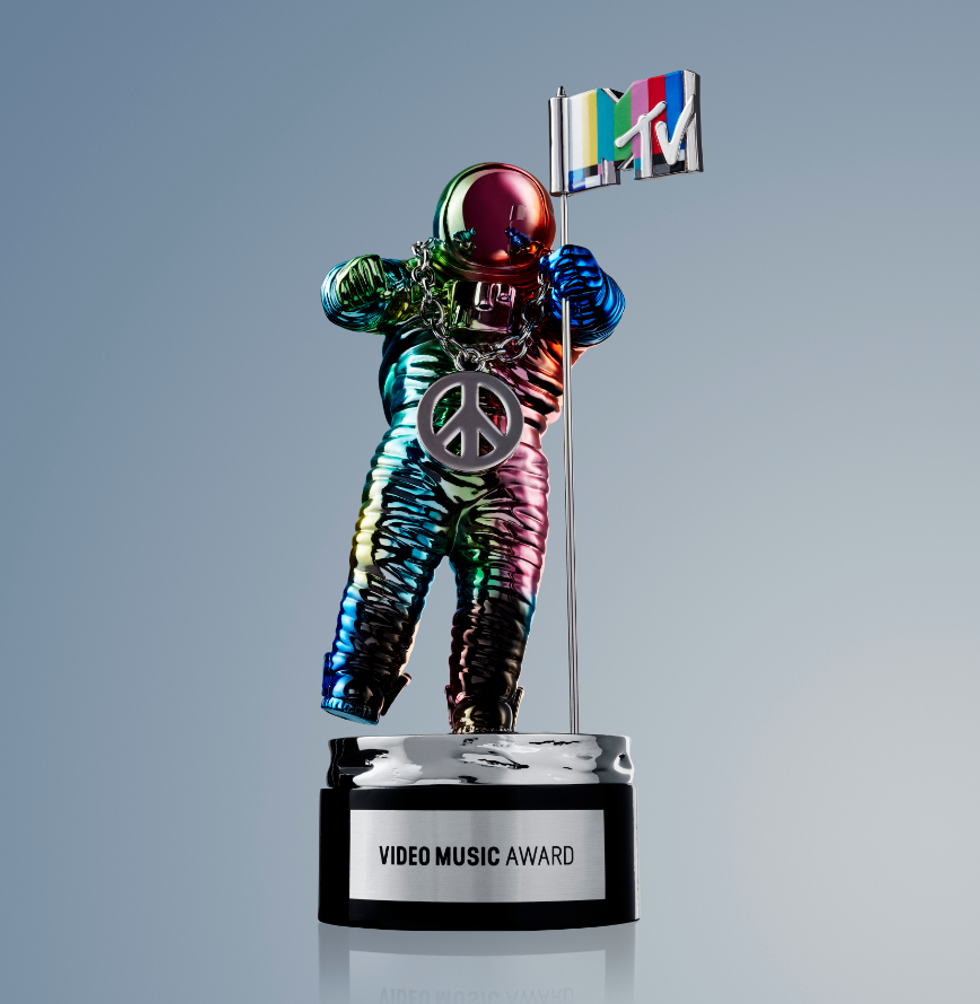 The VMAS Moon Man Gets a Jeremy Scott Makeover

MTV's Video Music Awards moon man has a new look this year thanks to Jeremy Scott.

The Moschino designer, and, psst, one of our upcoming September cover stars, has a loyal fan base among pop's heavy hitters, regularly dressing our current cover girl Miley Cyrus (who's hosting this year's VMAs), Madonna and current campaign star Katy Perry.

The whole thing needs more Cheetos in our opinion, but we can't have everything in life. #Snackwave forever.